Why you should NEVER judge a lunchbox: Mum reveals the real story behind her kids’ lunches – and begs strangers to stop commenting on the food she chooses

A mother has shared a photo of her three children’s lunchboxes, and begged other parents to stop judging kids’ meals by what they look like.

Posting on Facebook, the woman asked others to ‘pick’ which of her three children does not have autism by their different lunchboxes.

‘Honestly, though, I think this picture proves that even kids with the plainest lunchboxes, with things that aren’t really considered healthy, still have families who care about them,’ she wrote.

‘Just having food they will eat is most important.’

Posting on Facebook, a woman asked others to ‘pick’ which of her three children is not autistic by their different lunchboxes (pictured) – she said the green box is for her child without autism 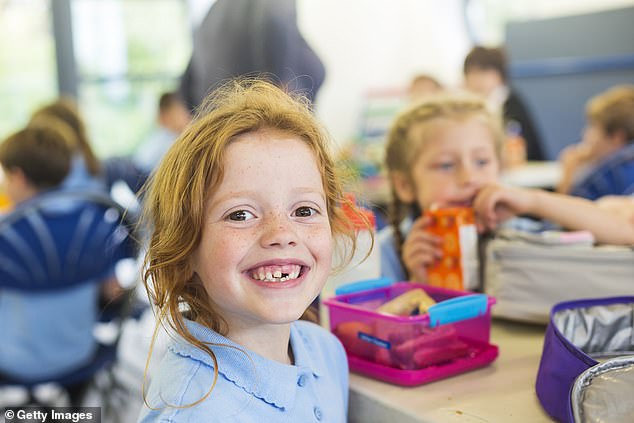 Alongside the woman’s post was an image of three different lunchboxes, in the colours red, green and blue.

While the green box was filled with colourful fruits, crackers, cheese and a muffin, the blue and red boxes were a lot plainer – containing just white bread sandwiches, a muffin and crackers each.

Commenters were quick to point out that the green box must be for the child who doesn’t have autism.

‘Green is correct. He gets the blue sandwich box as well,’ the mum, Caitlin, clarified. 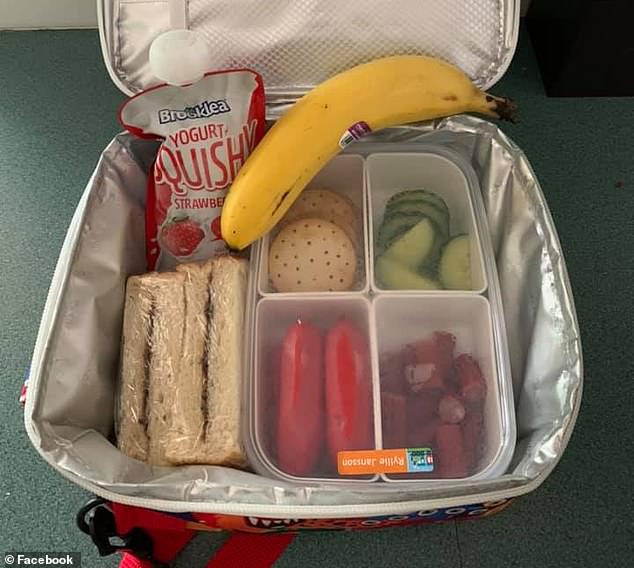 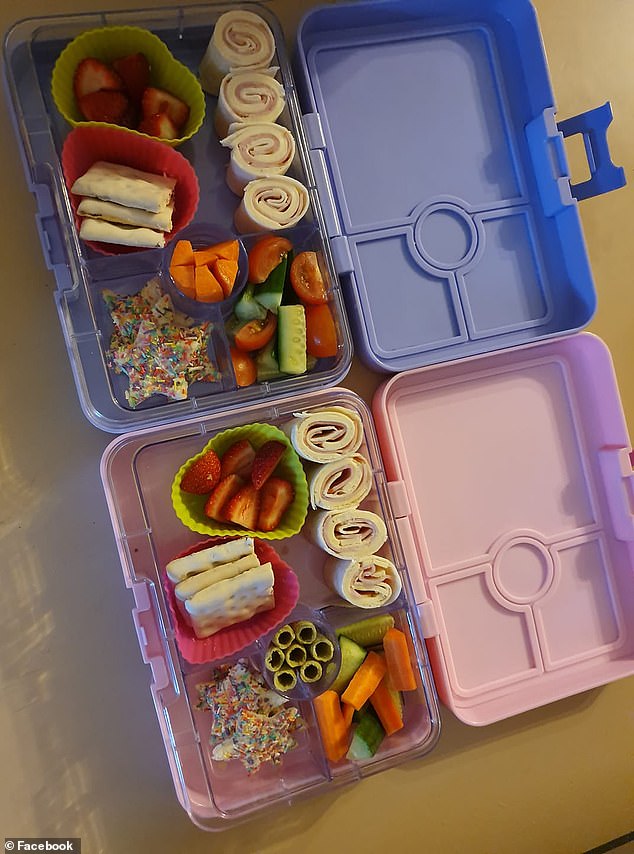 ‘I have two ASD daughters, we never really know if it’ll come back eaten or not.. they both eat all of what they’ve been given but depends what day it is I guess, they liked it yesterday,’ one woman posted (pictured)

And while some said there is no way their own children with autism would eat anything Caitlin has given to her kids, Caitlin argued that all children are ‘different’.

What is Autism spectrum disorder (ASD)?

* Autism spectrum disorder (autism) is a condition that affects a person’s ability to interact with the world around them. Autism has wide-ranging levels of severity and varying characteristics. No two autistic people are alike.

* Autism is a neuro-developmental disability thought to have neurological or genetic causes (or both). However, the cause is not yet fully understood and there is no cure. An autistic person has difficulties in some areas of their development, but other skills may develop typically.

* Autism affects around one in 100 to one in 110 people of school age, with males being around three times more likely to be affected than females.

* Autistic people have difficulties in the two main areas of: social communication and interaction and restricted or repetitive behaviours, interests and activities (including sensory processing difficulties).

‘You will find things they eat,’ she wrote.

‘There is not a chance my two autistic kids would eat anything from the green lunchbox.’

Others were quick to congratulate Caitlin and say she is doing an ‘amazing job’.

‘Of course, some days it may come back hardly eaten but you are packing a great lunch and no one has a place to judge otherwise,’ one commenter wrote.

Others shared their own experiences of making lunch for their children with autism spectrum disorder (ASD).

‘My daughter is ASD. She has the same thing everyday!’ one woman posted.

‘Nutella sandwich only cut in two rectangles, a vanilla yoghurt, a banana or nectarine, popcorn, salt and vinegar chips and a popper. Whatever works I say.’

Another added: ‘This is hard for me as I have two girls on the spectrum and they have very different eating habits.

‘One loves all kinds of fruit and eats no form of bread whereas the other eats anything bread and only bananas and apples.

‘It’s amazing when you look at how different all our kids are, even those not on the spectrum.’

A third parent revealed she has two daughters who have ASD and never really knows if they will eat their lunch.

‘They both eat all of what they’ve been given, but depends what day it is.

‘I guess they liked it yesterday,’ she wrote – alongside a photo of a pink and purple lunchbox filled with wraps, strawberries, carrots and cucumber.