An Australian mum and business owner has revealed the worst cleaning mistakes people make in a comedic video.

In a TikTok video Liesl Elizabeth, from Perth, mimicked the common mistakes made – including leaving the kitchen cloths wet in the sink and placing damp, clean baby bottles in the cupboard.

But she then proceeded to put away clean baby milk bottles that were still wet inside, which was met with backlash from other women online. 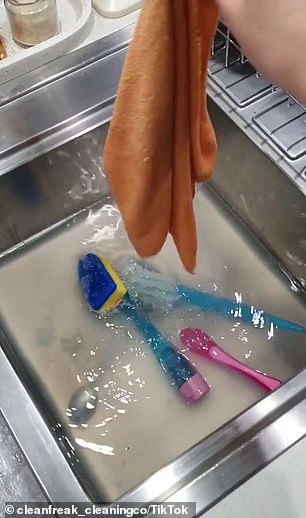 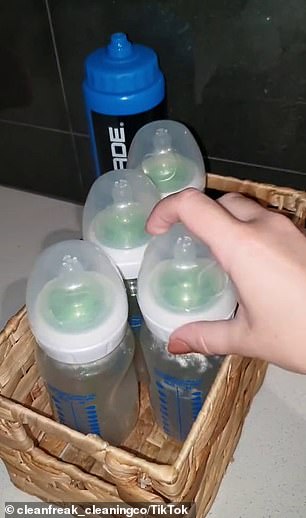 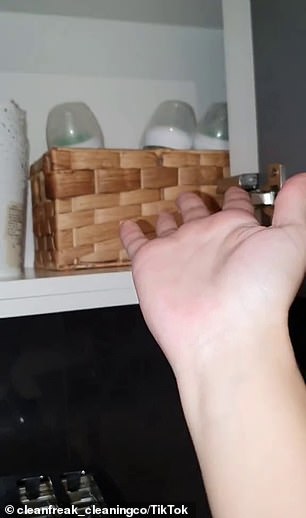 ‘Let those bottles air dry lady or your child will be drinking freaking mould!!’ one person wrote.

‘Yuck! All of that was disturbing,’ another added, a third said: ‘Please don’t leave bottles closed.’

After reading the comments, Liesl said: ‘Guys I know the bottles were wet, I don’t store them like this.’ 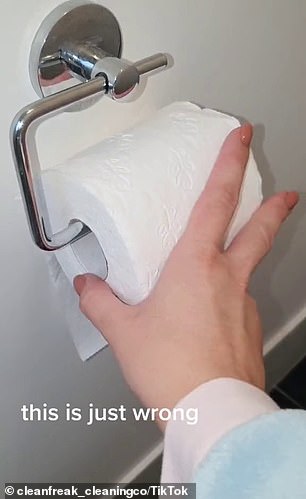 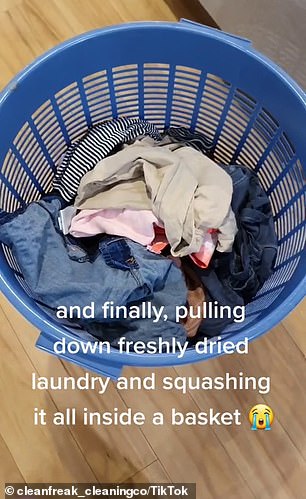 Others resonated to the video and said their husbands often make similar mistakes around the home.

In the short clip, Liesl also removed the dishcloth from the kitchen sink that had been sitting in dirty, cold dishwater overnight.

The freshly cleaned laundry was also dumped into the bottom of a laundry basket, creasing all the garments that would then need to be ironed.

She added how it’s ‘just wrong’ to have the toilet paper facing the wall.