REVEALED: How super mum uses a common pantry item to treat squeaky door hinges and polish stainless steel – but not everyone is on board

Carolina McCauley, from Perth, uses cooking oil to stop her doors from squeaking

A busy mum known for her endless supply of helpful home hacks has left her fans divided after revealing how she uses cooking oil around the house.

Carolina McCauley, from Perth, uses cooking oil to stop her doors from squeaking, clean household surfaces, including book cases and even to shine her stove.

And while the mum-of-two’s video went viral, attracting over 180,000 views not everyone was impressed.

‘It will attract dust and get worse with the oil remedy. Not actually a good suggestion,’ one woman said.

While others complained the ‘hacks’ would simply leave to a ‘greasy look and feel’ around the house. 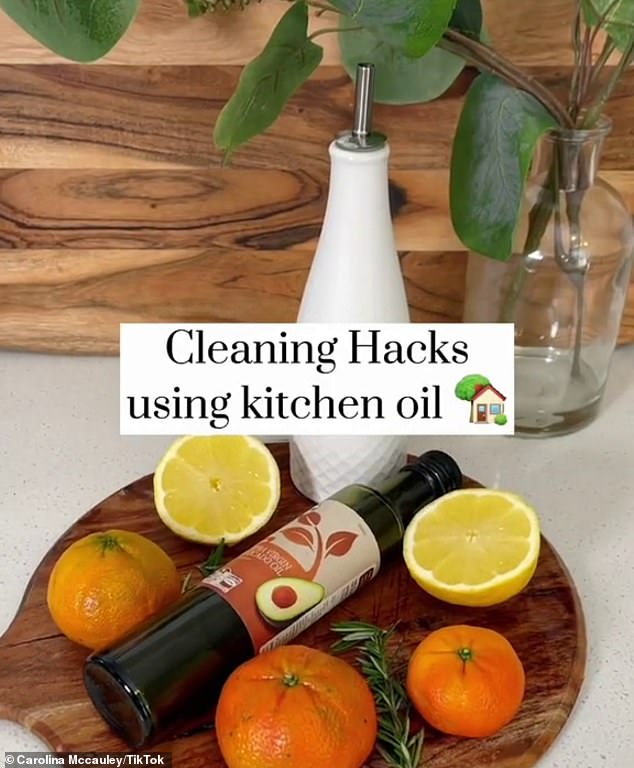 And while the mum-of-two’s video went viral, attracting over 180,000 views not everyone was impressed 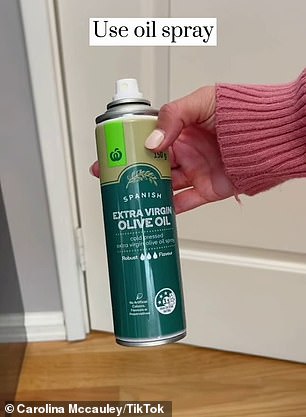 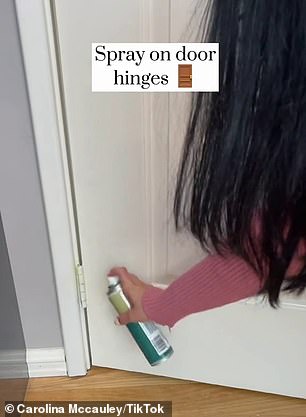 Would you use oil as a cleaner?

‘Isn’t the purpose of cleaning to remove

Other parents pointed out the dangerous side effect of using oil to clean.

‘Olive oil has a low smoke point – you put that on your hob burners and not only will it burn right off but it’ll release carcinogenic smoke,’ one mum said.

‘We actually put cooking spray on our hinges about 15 yrs ago and in the middle of the night the cat was Licking the hinges,’ she laughed.

But some thanked the popular Instagram star for sharing the hacks. 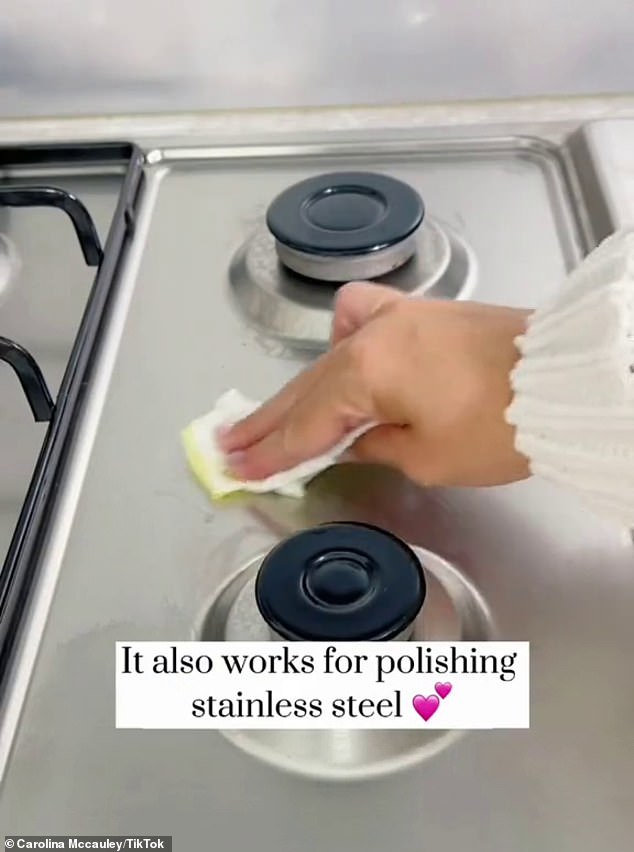 ‘Love how olive oil on a soft cloth can rub stainless steel appliances, pots, and sinks to prevent streaks, water spots, tarnish, and corrosion, thank you for sharing these helpful cleaning hacks that are chemical free,’ one mum said.

In the video Carolina shows her 678,000 followers how to spray their hinges with oil.

She also tells them to mix equal parts water and vinegar with half a teaspoon of olive oil to wipe down hard surfaces in the home.

She says it stops grime from building up.

The busy mum also cleans her stove, including hobs using the oil.