A young mum battling incurable cancer claims doctors lead her to believe she was ‘too healthy’ to have the disease resulting in deadly delays in treatment.

Kate Callaghan is in shock after finding out two weeks ago a small lump on her breast was stage four breast cancer which had spread to her lymph nodes and liver.

The 35-year-old first noticed the lump in her left breast in June but thought it might have been the result of breastfeeding.

Ms Callaghan, a holistic nutritionist from New Zealand, had no other symptoms so decided to wait until she returned from an overseas trip in July to consult a doctor.

The mother-of-two saw a doctor in August but was told there wasn’t anything to worry about.

‘I didn’t fit the mould,’ she told FEMAIL. ‘I am healthy and I am relatively young, I don’t have any risk factors or any family history of cancer.

‘And I had breast-fed for four years which is thought to be protective against breast cancer.

‘They did an examination, felt the lump, felt the other breast to compare and said it was nothing to worry about.

Ms Callaghan still didn’t feel right about the initial advice so a month later sought a second opinion from another doctor who also said she was not at risk of cancer.

‘He did a breast examination and said “there is probably nothing to worry about” but he did offer to refer me for a scan and ultrasound,’ she said.

Ms Callaghan didn’t receive confirmation of her appointment for about a month and after calling the hospital discovered staff hadn’t received the electronic request.

An appointment was finally arranged for November 4 but again doctors lead her to believe it was a routine check up and that there was nothing sinister at play.

‘I went for peace of mind. The doctors were saying it will be nothing,’ she said.

‘Everyone around me was saying it would be nothing, that I would be fine because I was healthy.’

‘I was going to have the ultrasound and then go shopping.’

Ms Callaghan was told by the breast surgeon performing the examination it was unlikely the lump would turn out to be cancer.

‘He said “you’re young, you’re healthy, it is probably nothing”, but we are going to do all the tests just in case,’ she said.

Ms Callaghan was given an ultrasound, mammogram and biopsy – and just four hours later she was told the lump, although ‘blurry’, was cancer. 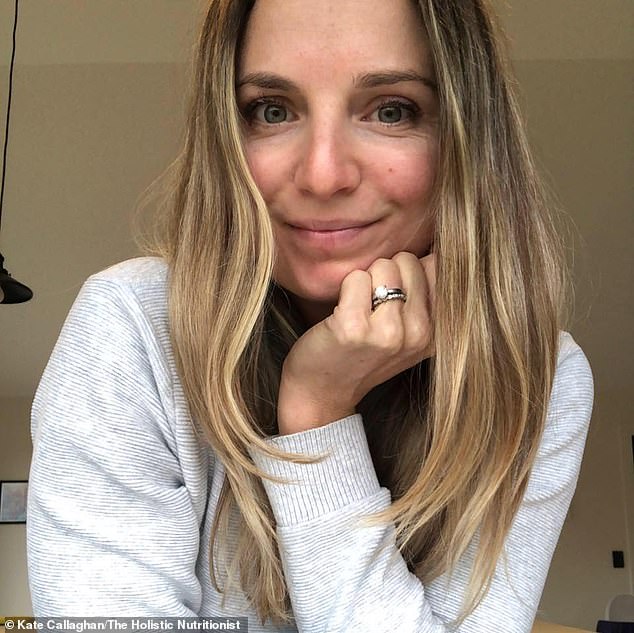 Ms Callaghan was told she didn’t ‘fit the mould’ for cancer and had nothing to worry about.

‘He [the surgeon] said “I really didn’t expect this, I am really sorry. This is not what we expected to see. It looks like you’ve got breast cancer,”‘ she said.

‘Everything after that moment was just a blur.’

Three days later the results of her biopsy confirmed this diagnosis and that the disease had spread to her lymph nodes.

Ms Callaghan said delays in getting her lump examined properly may have cost her a chance at beating the disease.

‘It was a nightmare,’ she said. ‘Given it takes 50 days for breast cells to replicate, I lost about 60 days because of not fitting the mould.’

Ms Callaghan was booked in for a mastectomy, chemotherapy and radiation was planned but a full CT scan on November 18 revealed cancer had also spread to her liver.

‘That changed the conversation completely,’ she said.

‘Surgery was called off and they [the doctors] basically said we can’t do much for you now and that anything they could do would be palliative.’ 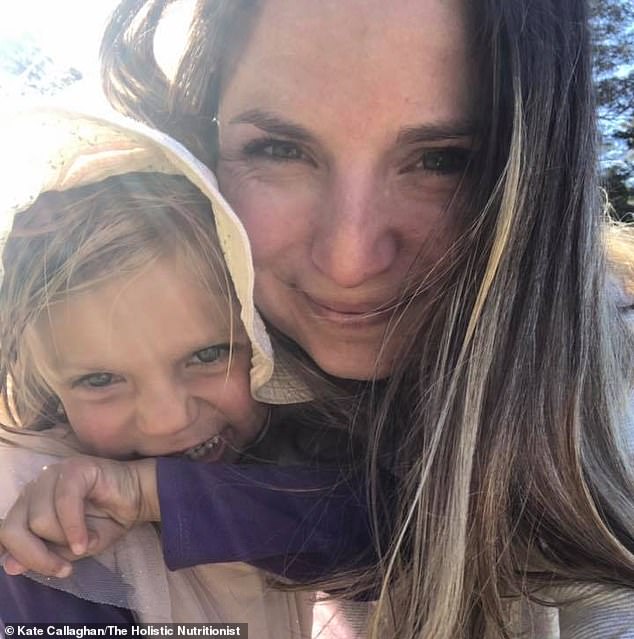 Coming to terms with the shocking diagnosis has been incredibly hard for Ms Callaghan who is a mother to Ed, two and Olivia, aged four.

‘It is hard to believe 21 days ago I was happy living my life,’ she said.

‘It still doesn’t feel real because I don’t feel sick. I have mild nausea from my liver, but this isn’t even as bad as morning sickness I had during my first trimester.’

The hardest part of Ms Callaghan’s journey so far has been how much she tells her children about her health battle.

‘It’s hard to know what to say to them because I’m not sick,’ she said through tears: ‘I don’t want to instill fear in them.

‘I don’t even want them to think for a second that I won’t be here. 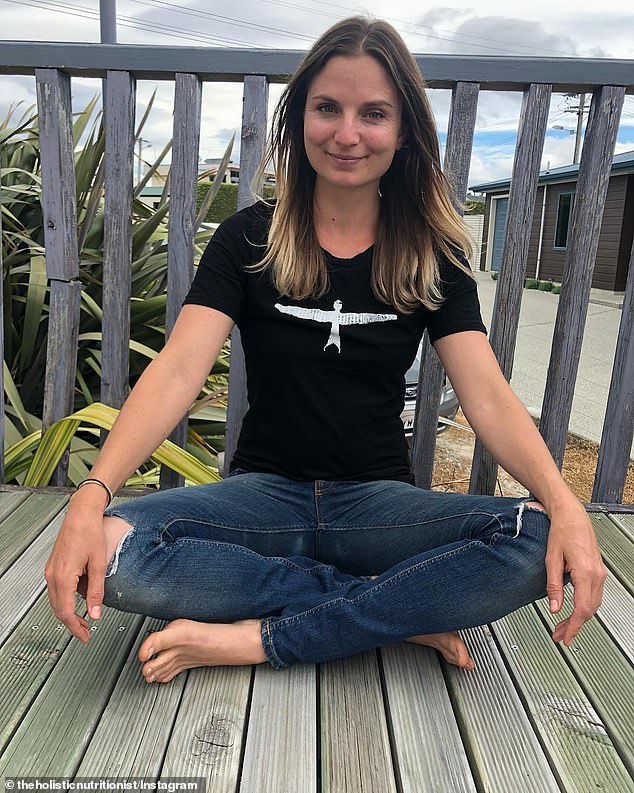 Ms Callaghan was given an ultrasound, mammogram and biopsy – and just four hours later she was told the lump, although ‘blurry’ was cancer.

Although she understands how dire her situation is, Ms Callaghan has no plans to give up and is heading to Mexico’s Hope4Cancer centre for alternative therapy.

The healing centre, which also operates in Germany, offers a course of researched treatment which runs over three weeks and costs about $73,000 .

This will be followed by two more shorter visits for treatment.

The treatment is a combination of conventional and alternative therapies and includes measures to boost the immune system, nutrition, detoxification and low-dose chemotherapy.

‘[The centre] is having some amazing success with treating people using state-of-the-art technologies,’ Ms Callaghan said.

‘Ninety-two per cent of the people they work with are stage four cancer patients, whereas here I feel like you are just written off.’ 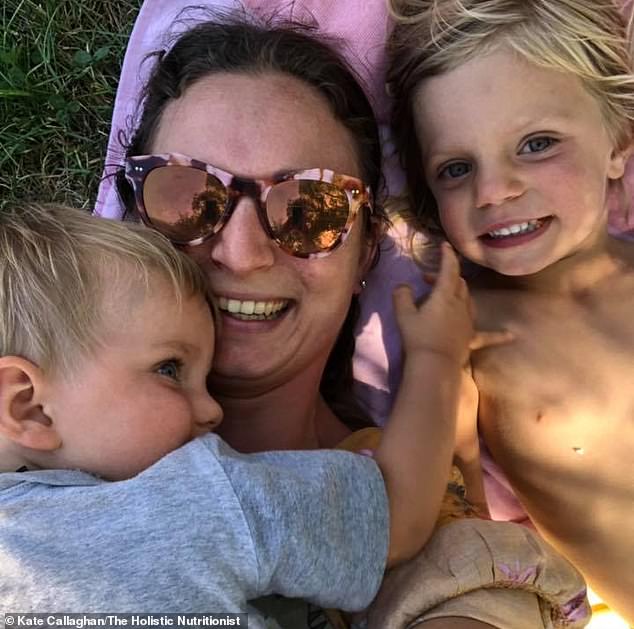 A fundraising page has been set up by friends to help Ms Callaghan and her family raise money for treatment.

In just five days, more than $200,000 has been donated, something the mum-of-two has found overwhelming.

In a recent social media post, Ms Callaghan said there were ‘no words to express her gratitude’ for the many kind donations she had received.

‘It is a sh*tty, sh*tty time and it’s not fair but I am confident I will get through it and be stronger than ever,’ she said.

What symptoms led Ms Callaghan to push for more testing?

In June, Ms Callaghan said she first noticed a lump that had started to develop across the bottom of her left breast.

At the time she thought this may have been due to breast-feeding.

She noticed the lump continued to grow over time, however, there weren’t any other symptoms.

She noticed the lump felt harder than others and was also a different shape and didn’t go away.

Hormone tests (before she had a hospital referral) also revealed she had elevated levels of a certain type of oestrogen which can be precancerous and can damage DNA.

Although much of what lies ahead is unknown, Ms Callaghan told Daily Mail Australia she hopes by sharing her story it might encourage others to get checked if they suspect something is wrong.

‘I would love for all women, and men, actually, to pay attention to their breasts, and if they notice any changes, not just lumps, then to go and get them checked,’ she said.

‘You are never “too healthy” to ask for a referral from your GP for further testing.’

To help Ms Callaghan raise funds for her treatment, please visit her here. You can also follow her journey on Instagram @theholisticnutritionist