A ‘devastated’ mother is demanding a DNA test to find out if her dead baby was ever in the coffin she buried after an exhumation revealed it was empty.

After a forensic scientist exhumed it last month, she found no remains in the coffin, leading her to demand tests to finally determine if there are traces of him in the coffin.

After fighting for the right to exhume her baby’s coffin, Lydia Reid discovered to her devastation that it was empty

The 69-year-old helped expose the practice of Scottish hospitals unlawfully retaining dead children’s body parts for research and told the Daily Record she believes her son’s organs were taken without permission.

‘My son wasn’t there – someone stole the body of my son,’ she said. ‘I had buried my empty coffin.

‘I want them tested for DNA as I want to know if there is any part of my son there.’

Police want to send samples to a company they regularly use for DNA testing.

But Ms Reid fears the samples could be lost or damaged and would prefer the testing firm Cellmark to carry out the tests.

‘I want them to go to Cellmark because afterwards, they give me the legal right to have them back. Police Scotland do not give me that right.’ 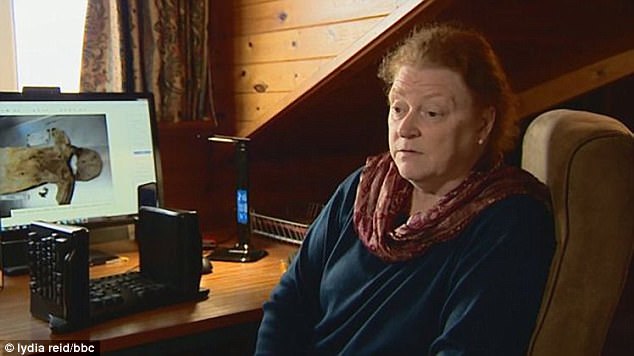 Lydia Reid believes her son’s organs may have been harvested and helped expose the practice, which was widespread in Scottish hospitals

But she says she was shown a child that wasn’t hers by Scotmid Co-operative Funeral staff, telling the BBC her concerns were dismissed.

‘This baby was blonde and big, my baby was tiny and dark-haired. This was not my son,’ she said.

‘I objected but they said I was suffering from post-natal depression.’

When she finally won her battle to exhume the coffin, she found a shawl, hat, cross, name tag and a nameplate with Gary’s name spelled wrong.

Ms Reid said there were no remains and no signs of decomposition.

She had long suspected the coffin would be empty because of how light it was at the funeral, she says, but hoped she was wrong before the exhumation.

‘I wanted to be wrong. I wanted to be called a stupid old woman but the minute (the forensic scientist) lifted the shawl out of the ground I knew there was nothing in it. Nothing,’ she said.

‘My heart hit my feet and I didn’t know what to say.’ 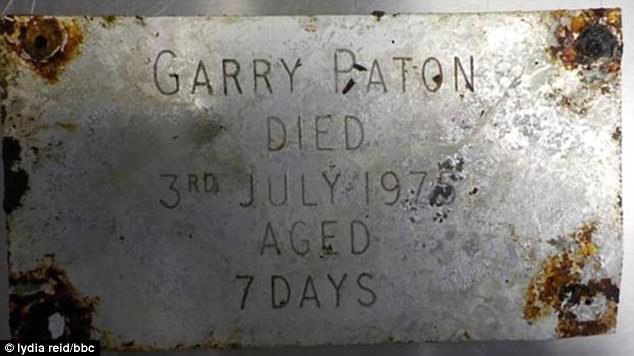 If DNA tests prove his body was never in the coffin, she wants answers.

‘Even if he’s been incinerated I want to know, she said.

‘Even if he’s lying in a jar in a hospital somewhere I want to know.

‘If it’s possible to get my son back, I want my son back. And if it’s not, then at least tell me, and let me have peace.’

About 6,000 organs and tissue samples were retained by Scottish hospitals from 1970 and 2000, with the NHS admitting many of those were from children.