A mother whose newborn baby was put in an intensive care unit learned there was a coronavirus outbreak at the ward after reading a breaking news story.

Antonia Doree was just seven days old when she was rushed to emergency at about 9pm on Friday July 17 and then moved to the Butterfly Ward at the Royal Children’s Hospital Neonatal Intensive Care Unit in Melbourne.

Four people in the ward have since tested positive to COVID-19: a newborn baby, two parents and a staff member.

Antonia’s parents Stefanie and Victor said they were not told about the coronavirus cluster through hospital staff and instead learnt of the positive cases through the media.

‘Nobody told us anything while we were there,’ Mr Doree told Daily Mail Australia. 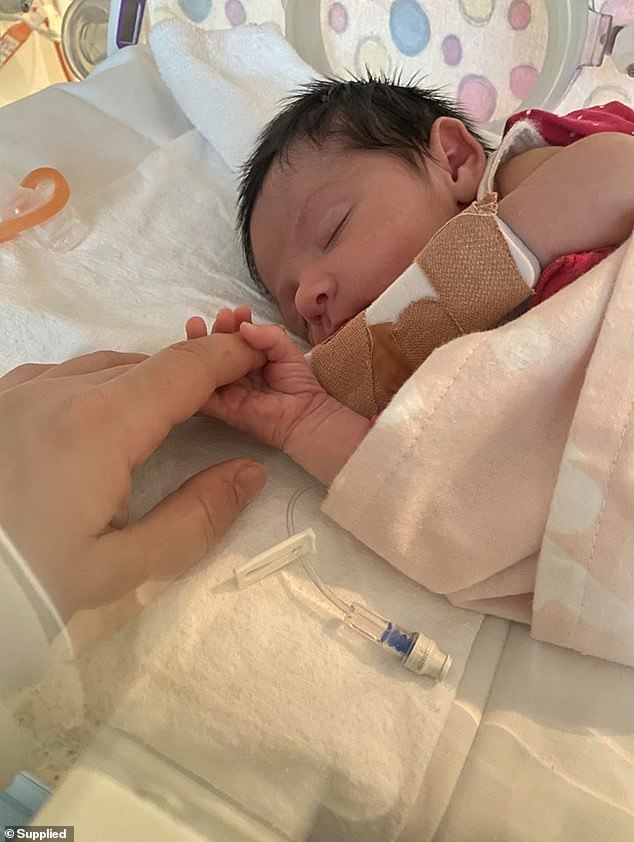 The couple said they began to notice peculiar behaviour in the ward from Monday July 20, including the closure of the family room and the moving of furniture.

‘I wanted to have a coffee in the tea room but it was shut and I asked the person on the reception desk why and she said ”I’m not sure”. I thought that was strange,’ Mr Doree said.

‘They’d taken away all the chairs, all the furniture.

‘Nobody was telling you anything. The nurses were lovely, don’t get me wrong.’

Their suspicions continued to grow when Mr Doree said he overheard nurses say ‘have you heard’ and ‘it was only a matter of time’, before continuing conversations behind closed doors.

Antonia and her parents returned home on Wednesday July 22 but the family’s ordeal was far from over.

On Monday, Ms Doree received an alert on her phone about a coronavirus cluster in the ward. 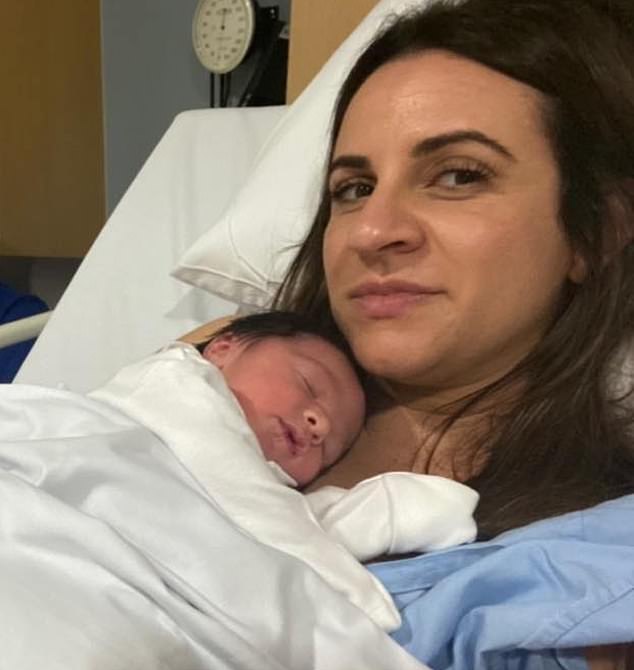 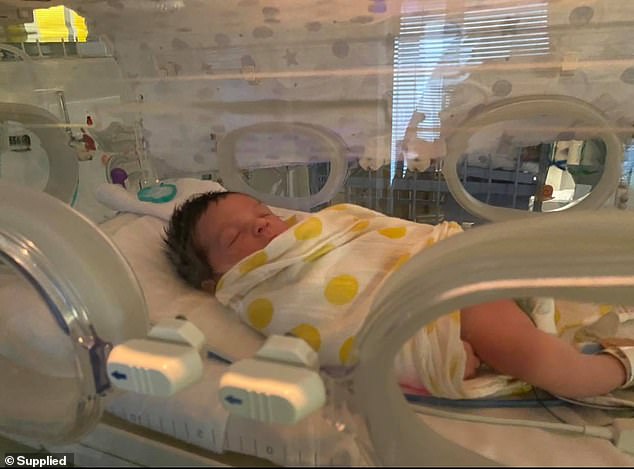 ‘I had subscribed to the news and I got a breaking news article that there was an outbreak,’ she said.

Ms Doree phoned the hospital straight away to ask if Antonia was a close contact of the positive staff member and other newborn baby.

The new mum said she was particularly ‘concerned’ because the article said all babies, staff and parents who visited the ward since July 12 were required to get tested.

‘Immediately I called the hospital, as soon as a I read the article,’ she said.

‘All I need to know is, ”Was she open to being infected?”’

Ms Doree said the hospital directed her to contact the Department of Health and Human Services – but they passed her back to the hospital.

After phoning the DHHS and hospital back and forth, Ms Doree and Antonia were asked to visit emergency for a coronavirus test on Monday evening. 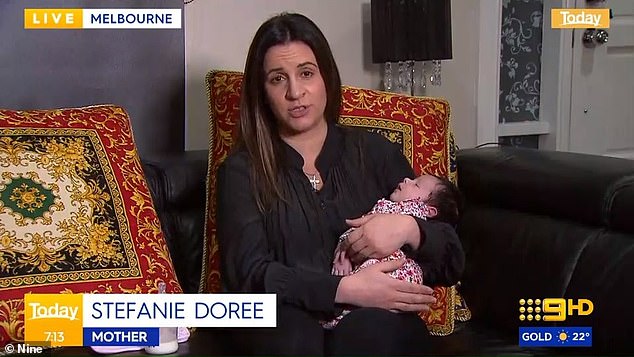 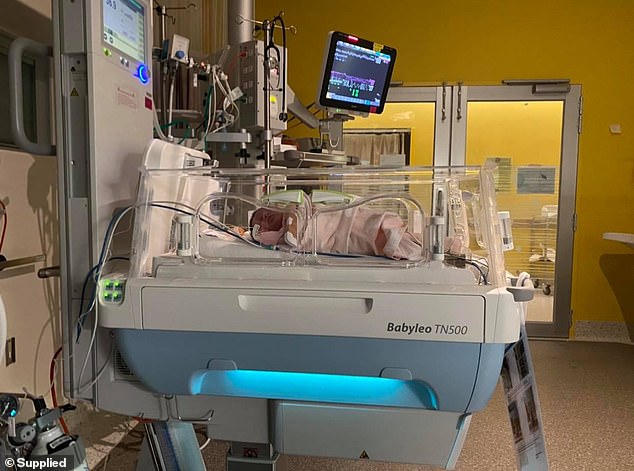 Four people in the ward have since tested positive to COVID-19: a newborn baby, two parents and a staff member. Antonia is pictured at the Royal Children’s Hospital Neonatal Intensive Care Unit in Melbourne

The family claim hospital staff said Mr Doree did not need to tested. He underwent his own test elsewhere.

‘The lunacy, when we went to the Children’s Hospital, they tested Stefanie and Antonia,’ Mr Doree said.

‘This is how the infection spreads, there are mixed messages.’

Antonia’s coronavirus test has come back negative but the two parents are still waiting for their results. The trio are self-isolating.

Ms Doree said she was finally contacted about the outbreak by a hospital doctor on Tuesday.

The doctor told her: ‘We’ve done the contact tracing, while you were in the same ward, we don’t think anyone came in contact with her.’

Ms Doree said the doctor was ‘nice and apologised’ and told her a directive came from the Minister of Health that the hospital isn’t allowed to disclose information.

The couple believe the workers on the frontline deserve a ‘medal’ but are disappointed by the lack of communication and mixed messages about coronavirus testing amid a second wave of infections in Victoria.

‘It’s so bad, this is where our frustrations stem from. Victorians are doing it hard, we’re all making sacrifices,’ Ms Doree said.

The Doree’s are continuing to question why they were not tested for coronavirus when Antonia was first admitted into the intensive care ward. 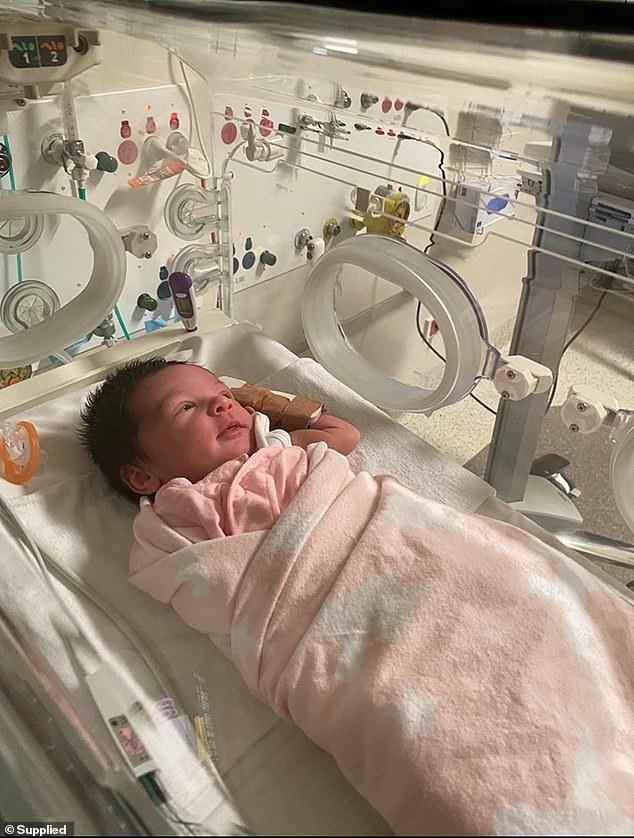 Antonia and her parents returned home on Wednesday July 22. Antonia is pictured in hospital 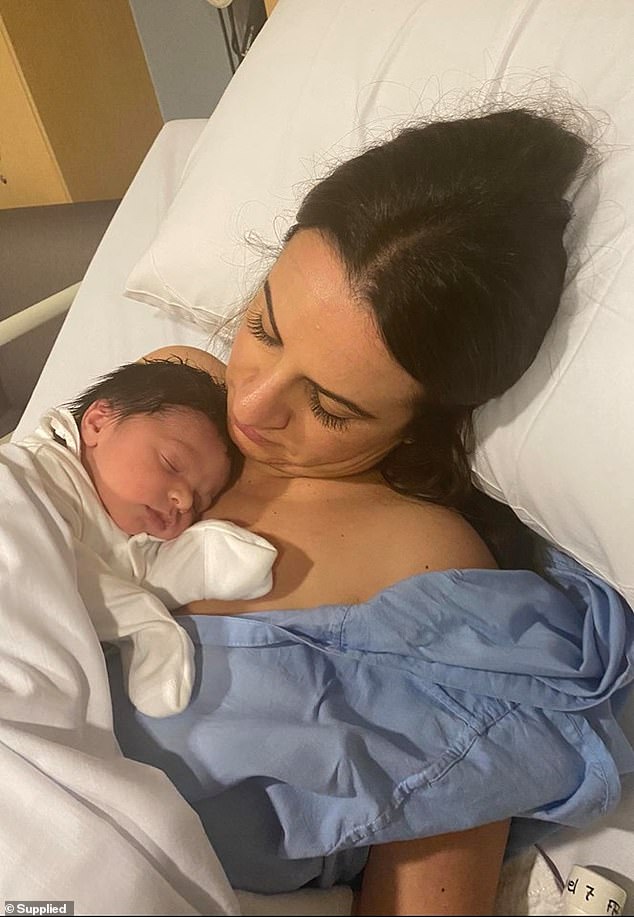 Ms Doree (pictured), who became a mother for the first time on July 10, said the past few weeks had been a ‘whirlwind’ and she currently has no plans to have any other children

‘The stupidity of the matter is, they allow the parents into the ward without a COVID test,’ Mr Doree said.

‘They’re allowing parents to come in and out without getting tested.’

Antonia was tested for coronavirus when she was first taken to the emergency department but her parents were not.

‘We were in a ward that was exposed,’ Mr Doree said.

‘For the sake of our child and every other children, we would have made a sacrifice.

‘The people aren’t told what they need to be told to make informed decisions. We need to have transparency.’

Ms Doree, who became a mother for the first time on July 10, said the past few weeks had been a ‘whirlwind’ and she currently has no plans to have any other children.

‘Antonia being sick in the first place was crazy. That was hard,’ she said.

‘When we finally get her home we think ”she’s finally home” and then you get the COVID scare and you think ‘will this rollercoaster end?”’

Mr Doree said: ‘You’ve got one issue where you’ve got a child who is unwell and you think about what could have happened. What could have gotten worse.’ 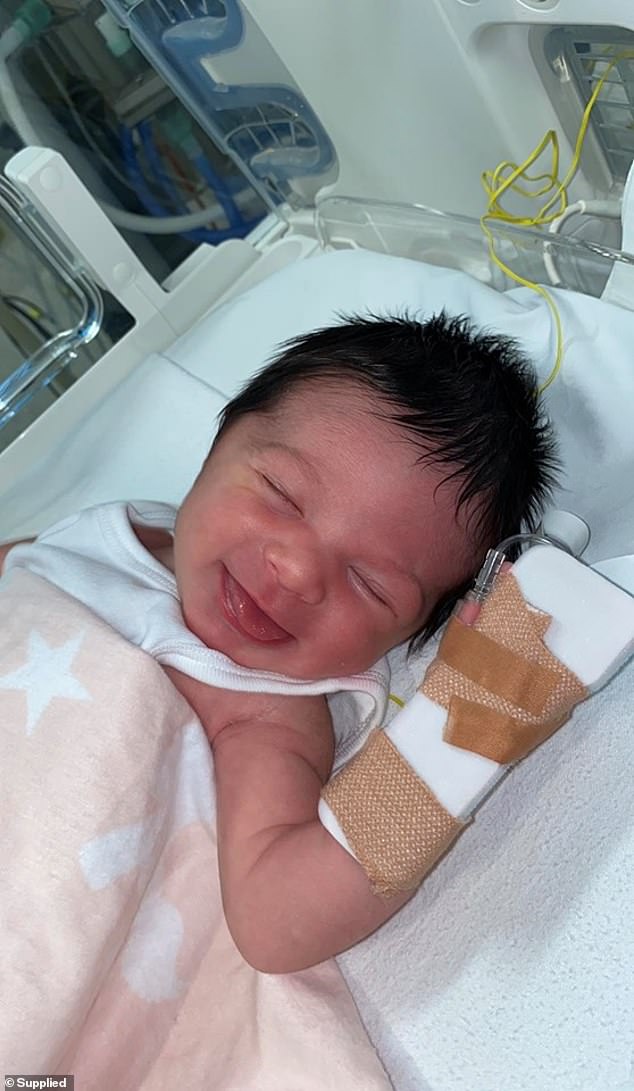 Antonia is pictured in her hospital bed while receiving care in the Melbourne ward, which has had a coronavirus scare 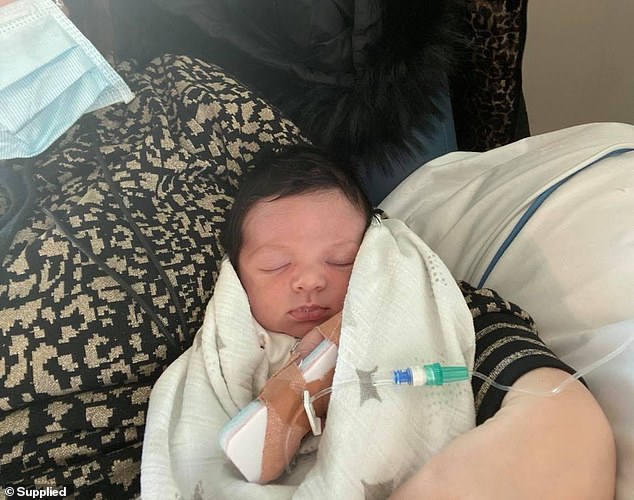 ‘It’s been quite an ordeal quite frankly. If it wasn’t on the news, we wouldn’t have even known to be honest. It’s been really bad,’ she said.

‘It was so frightening. It came through to my phone as article as breaking news.’

The Royal Children’s Hospital said it was working with the DHHS, patients and families in a statement.

‘These cases were notified at different times and a connection between all four has not been confirmed,’ the statement said.

‘We extend our thoughts and wishes to each of those members of our RCH community.

‘We alerted all of Butterfly team and inpatient families as soon as we became aware of these cases and have maintained regular contact.’

The hospital said there are currently 17 RCH staff, seven patients and three parents identified as close contacts, who are all self-isolating for 14 days.

‘We appreciate that this information may be unsettling and concerning – as it is for all of us at the RCH,’ the statement said. 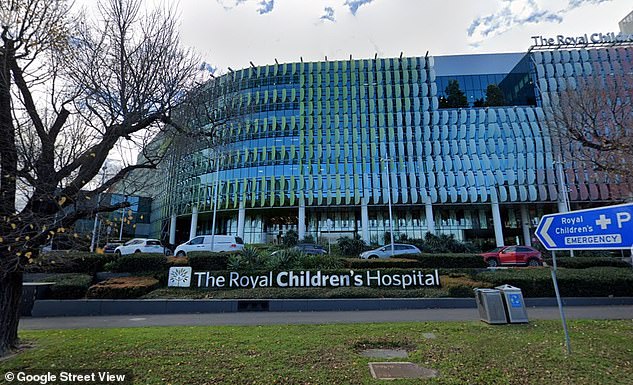 The Royal Children’s Hospital (pictured) said it was working with the DHHS, patients and families in a statement. ‘These cases were notified at different times and a connection between all four has not been confirmed,’ the statement said. ‘We extend our thoughts and wishes to each of those members of our RCH community’

‘Just as COVID-19 is impacting our state, it is to be expected that the RCH will also be impacted.

‘Our staff are trained and prepared for such an outcome, and remain committed to protecting our patients, their families and our team.’

The hospital said all parents, guardians and staff members entering the hospital are required to undergo a health screening and temperature check before being allowed access.

‘We continue to work closely with the Department of Health and Human Services to finalise contact tracing for these Butterfly Ward cases and ensure the highest level of response,’ the statement said.

‘If a parent was not contacted, neither they nor their baby was considered at risk,’ the spokesperson said.

‘We understand the anxiety COVID-19 is causing in the community and recognise this is particularly so for new parents.

‘Any parent can bring their child to the RCHs Respiratory Infection Clinic if they show any symptoms and there is a range of materials to support new parents on both the RCH’s and DHHS websites. This is in addition to the Coronavirus Hotline.’