Murder and terror suspects are walking free in bail farce

Suspected killers, rapists and terrorists under investigation by police are being released without bail conditions being imposed, a report reveals.

Police were accused of putting their victims and witnesses at risk yesterday as official figures show that just 4 per cent of arrested suspects are being bailed.

In April new rules were brought in by the Government to limit police bail to 28 days following criticism of the treatment of high-profile figures such as the DJ Paul Gambaccini, 65, who was on police bail for almost a year before being told he will not face charges over sex abuse allegations.

Suspected killers, rapists and terrorists under investigation by police are being released without bail conditions being imposed, a report reveals (stock image)

The reforms were to stop police leaving suspects to languish on bail for months or even years before deciding whether to charge them.

But, in reality, it has meant the majority of suspects are being ‘released under investigation’ with no bail conditions preventing them from contacting their victims.

The new rules also raise the risk of an offender absconding as no conditions can be attached to those ‘released under investigation’.

Recent suspects released without bail include a man arrested on suspicion of sexually grooming a 14-year-old girl online.

He was released under investigation with no restrictions stopping him preying on other youngsters online.

In another case, a care worker held on suspicion of a serious sexual assault of an elderly patient was allowed to return to his job while police investigated. 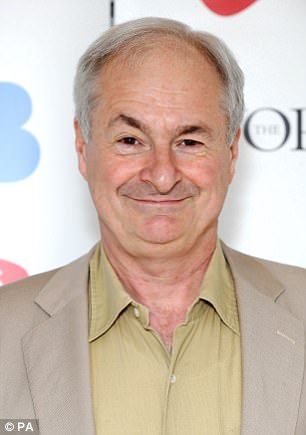 DJ Paul Gambaccini, 65, who was on police bail for almost a year before being told he will not face charges

In the last fortnight alone, suspects arrested on suspicion of murder and terrorism offences have been released under investigation.

Lawyers say victims are being put at risk and there are instances where a woman accusing a partner of domestic abuse is coming face-to-face with her alleged attacker hours after making a complaint.

Statistics released by the College of Policing and the National Police Chiefs Council on behalf of 30 forces across England and Wales show the proportion of people being bailed has plummeted since March this year from 26 per cent of all suspects to just 4 per cent between April and June.

Of those, less than 1 per cent were held on bail for more than 28 days, which is only possible if an investigating officer gets the approval of a superintendent or magistrate.

Overall figures show that after the bail rules were changed in April, 31 per cent of 148,348 arrests resulted in a charge, a fifth of cases ended in no further action, 4 per cent of suspects were bailed and a quarter were released under investigation.

Chief constables privately admit the changes have left the system in ‘complete chaos’ as forces have had to hire staff to keep tabs on cases so they don’t get lost.

Yesterday the Victims Commissioner, Baroness Newlove, called for a review of the bail reforms. She said: ‘I have been shocked by these examples offered by the Daily Mail where suspects have been released without restrictions.

‘For me, the overriding priority is the safety of victims and witnesses. This must be absolutely paramount.

‘A risk assessment should be key in the decision to bail a suspect. I would welcome a review of how the legislation has been implemented.’