Two women, aged 17 and 23, are among four arrested on suspicion of murder after 19-year-old woman is found dead in flat following ‘assault’

Police have launched a murder investigation following the death of a 19-year-old woman this morning.

Officers were called to a flat in Birstall, West Yorks, just after midnight after receiving reports of an assault.

The woman was found unresponsive and despite the best efforts of paramedics, she died at the scene.

Two men aged 20 and 19 and two woman aged 23 and 17 are currently being quizzed by officers after being arrested on suspicion of murder.

Officers were called to a flat in Birstall, West Yorks., just after midnight after receiving reports of an assault 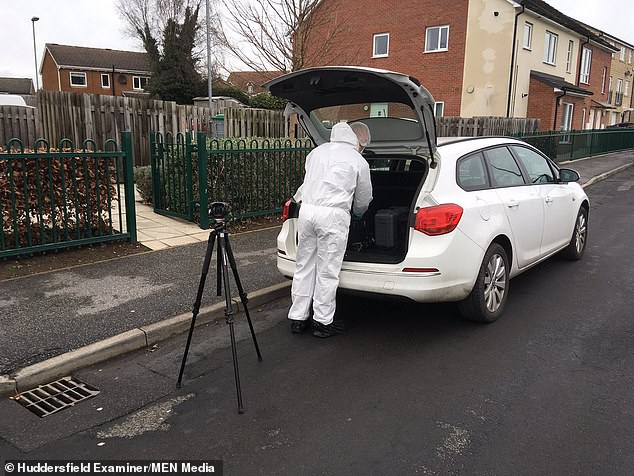 West Yorkshire Police Detective Superintendent Jim Griffiths, of the Homicide and Major Enquiry Team, said: ‘Police are continuing enquiries into this incident this morning and have launched a murder investigation.

‘We continue to question four persons who remain in police custody in connection with the death.’

Anyone who may have information about what occurred are being urged to contact the Homicide and Major Enquiry Team on 101 referencing crime number 13190122732.

Information can also be given to the independent Crimestoppers charity anonymously on 0800 55 111.