Transgender woman, 51, who was ‘hero of LGBT community’ is found murdered with throat injuries at home- as man, 53, is charged over death

A transgender woman who was brutally murdered has been described as a ‘hero’ of the LGBT community.

Amy Griffiths, 51, was discovered by police in her flat in Droitwich, Worcestershire, on Monday.

Martin Saberi, 53, was arrested by police in Hackney, London on Monday night and charged with Ms Griffiths’ murder.

Amy Griffiths, 51, (pictured) was discovered by police in her flat in Droitwich, Worcestershire, on Monday

Saberi, of Wallington, Surrey, refused to appear before Kidderminster Magistrates’ Court after refusing to leave his cell. He is due to appear before Worcester Crown Court today and is expected to be remanded in custody.

Ms Griffiths, known previously by the first name Michael,  suffered head and throat injuries and was declared dead at the scene.

Connor Turner, 21, said Ms Griffiths was a local ‘hero’ to the LGBT community and that she had helped him when coming out as bisexual.

The barman said: ‘She didn’t have a selfish bone in her body.

‘She helped me through some difficult times when I was younger.

‘I knew her from when I was fifteen years old.

‘I ended up on the streets for a bit. She found me outside a local shopping market and offered to cook me tea.

‘Our friendship blossomed, she taught me how to love myself and care for myself. At the time I was coming out as bisexual.

‘I was absolutely devastated when I heard about her death. I’m heartbroken.’ 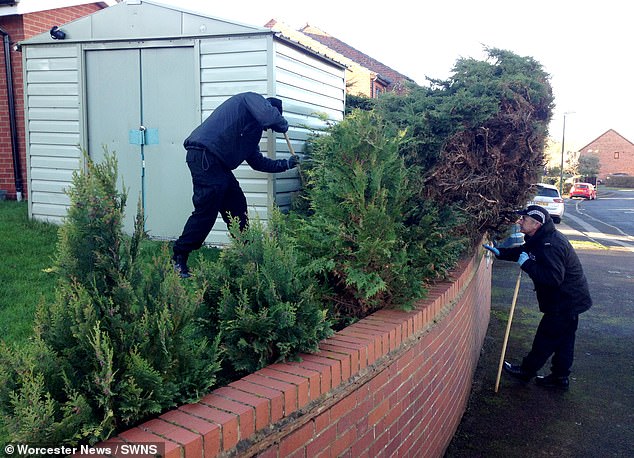 Police carry out a search near the home of Ms Griffiths, who was killed on Monday

A friend of Mr Turner said Amy used to be in the military and had been married who also ‘helped people with their drag acts’, loved cats, reptiles and air rifles.

Another friend of Ms Griffith, Mike Davis, 24, said she was a reserved, well-mannered lady.

He said: ‘We lived in the same apartment complex in Worcester. She was just a lovely person with a good sense of humour.

‘We met quite a while ago, in 2015. Amy lived with her girlfriend at the time. She transitioned before I met her.’

He said Ms Griffiths had previously been married and had at least one child.

Local residents described police setting up a crime scene around the property where her body was found.

One neighbour, aged 52, from Alderbrook Road, Droitwich, who asked not to be named, said ‘I saw her at the bus stop. 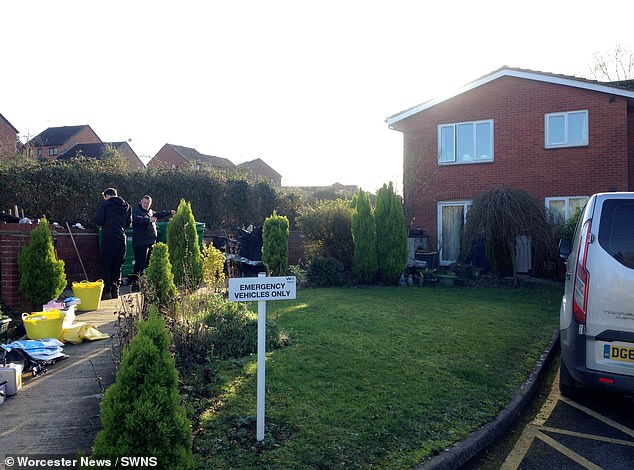 Neighbours and friends have paid tribute to Ms Griffiths, who was found dead in her flat

‘The only time we see police and ambulance up here is if someone’s taken poorly. I never expected this.’

A spokesman for West Mercia Homes, which owns Chalverton Court, said: ‘We are shocked and saddened by this incident and our thoughts are with the family and friends of Miss Griffiths at this time.

‘We continue to assist West Mercia Police with their enquiries and we are providing support for our residents at Chalverton Court.’