A man featured on the latest episode of ‘America’s Most Wanted’ remains on the run abroad after allegedly dismembering an Uber driver who had an affair with his wife.

Bob Tang, 51, is accused of killing a San Francisco Uber driver in 2017 and then slipping out of the United States and traveling to Cambodia, Fox News reported.

Tang reportedly found himself in a love triangle when he discovered his wife and his best friend, Piseth Chhay, were having an affair, the television show said in an episode that aired Monday.

Chhay, 48, was declared missing May 14, 2017, the day he is believed to have been killed. Human remains were later found in bags in a warehouse where Tang worked for 20 years in Hayworth, California.

Tang reportedly fled to his native Cambodia, but his exact whereabouts remain unknown. 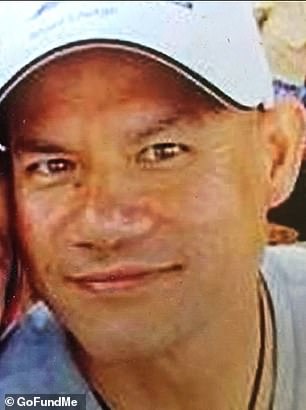 The website provides a photo of Tang and his personal details. He is described as an Asian male weighing 130 pounds and standing 5 feet, 4 inches, with black hair, brown eyes and ‘a mole on the left side of his nose.’

The naturalized U.S. citizen enjoys hiking and has ties to Phnom Penh, Cambodia, according to the FBI.

‘The FBI is offering a reward of up to $10,000 for information leading directly to the arrest of Bob Tang,’ the website says.

Joseph Scott Morgan, an associate professor of applied forensics at Jacksonville State University and a former senior investigator with the Fulton County Medical Examiner in Atlanta, Georgia, appeared on ‘America’s Most Wanted’ to discuss the case.

Morgan said the killing was likely a crime of passion but also premediated. 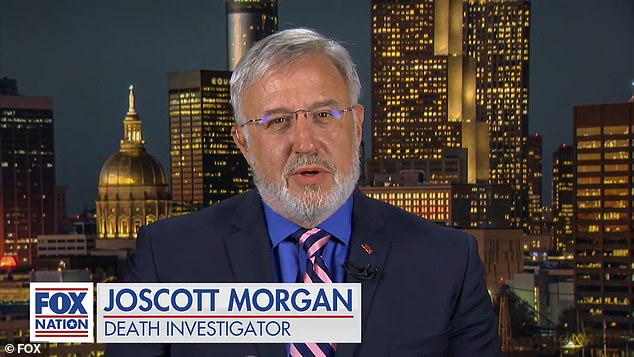 Joseph Scott Morgan, a former senior investigator with the Fulton County Medical Examiner in Atlanta, Georgia, appeared on ‘America’s Most Wanted’ Monday to discuss Bob Tang’s case, saying it was likely a crime of passion that was also premeditated 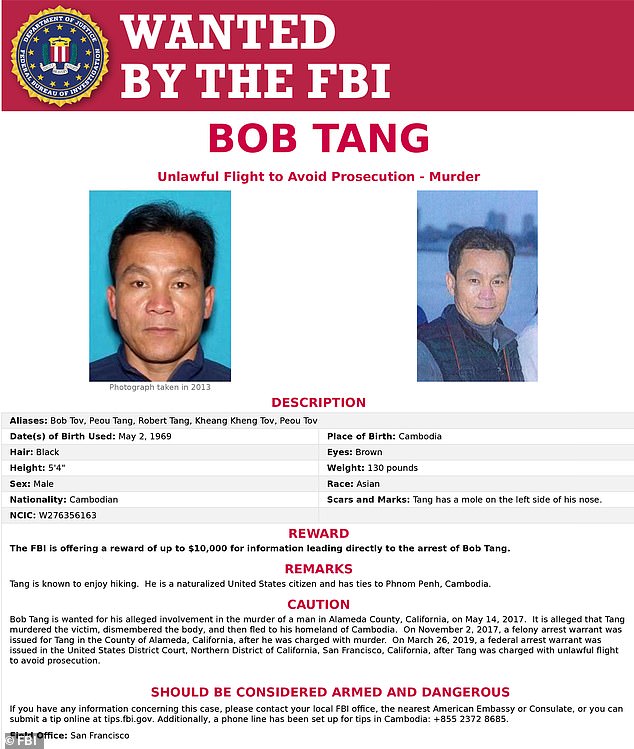 The FBI offered a reward of up to $10,000 for information leading directly to the arrest of Tang, who the agency says has ties to Phnom Penh, Cambodia

‘You can be passionate, and you can be planned,’ Morgan said. ‘You’ll have individuals that’ll just grab the closest instrument that they can in order to dismember a body… but in this case, he acquired power tools.’

The ‘America’s Most Wanted’ panelists made a comparison to ‘Dexter,’ a fictional television series centered around a Miami police analyst who is also a vigilante serial killer. 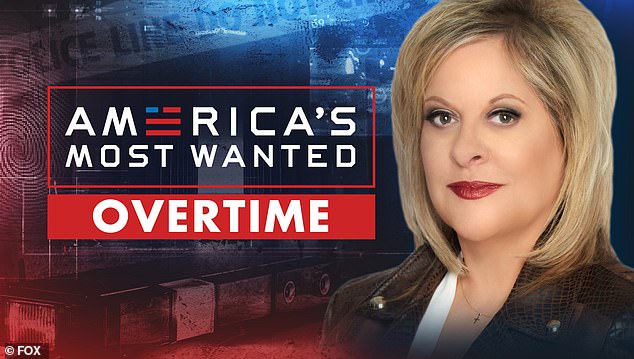 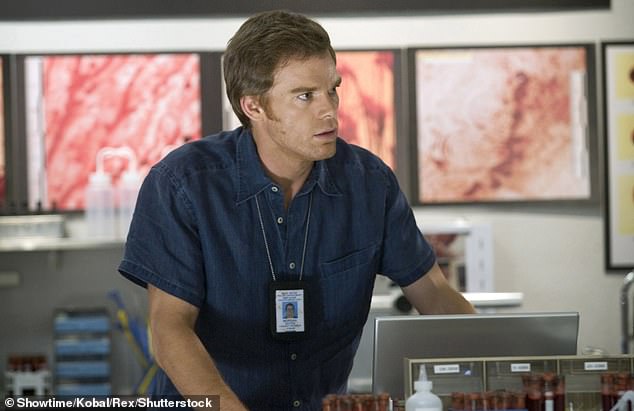 ‘Dexter,’ played by Michael C. Hall, is a Miami police analyst with a second career as a vigilante serial killer

Morgan also drew a parallel between the personalities of Tang and Dexter, noting their ‘friendly’ exteriors, but ultimately concluding ‘if he [Tang] gets you in a corner, he’ll take you apart.’

SoSo Chi, a cousin of victim Piseth Chhay, said in 2017 that the two families had been friends for years, ABC 7 San Francisco reported.

Tang’s wife, who was not named, was a best friend of Chhay’s wife, Chi said.

But the victim’s wife, Rattana Kim, told the news station she had not spoken to Tang’s wife since the week her own husband disappeared. After Tang disappeared, the lines of communication stopped. 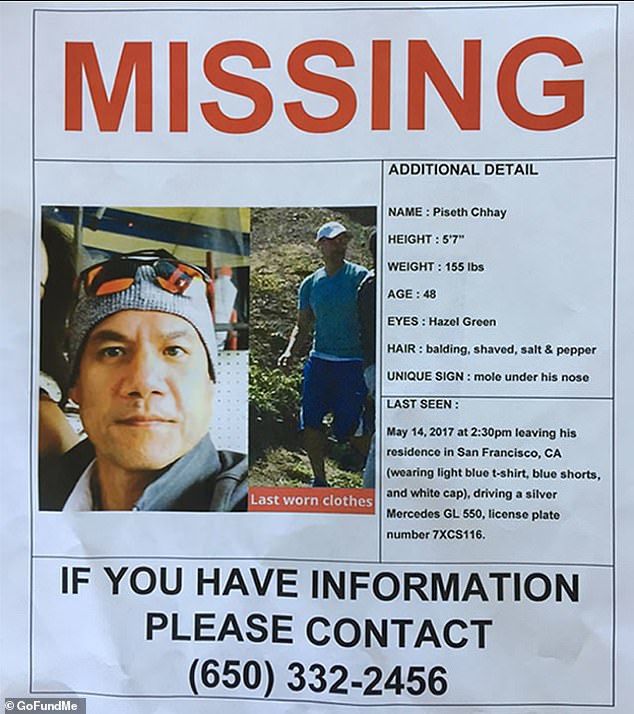 Piseth Chhay was declared missing May 14, 2017, the day he was allegedly murdered by Bob Tang 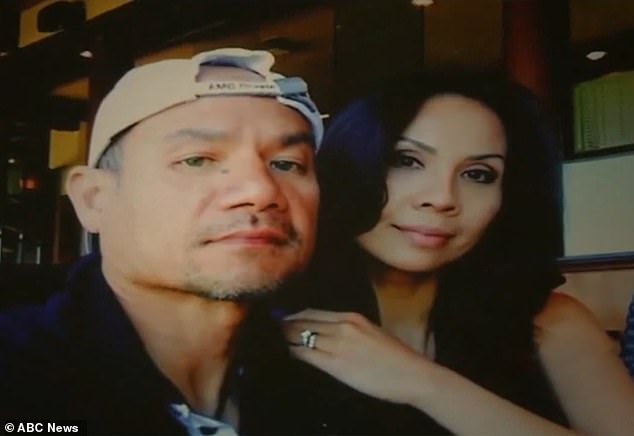 Piseth Chhay, left, with his wife, Rattana Kim, in an undated photo 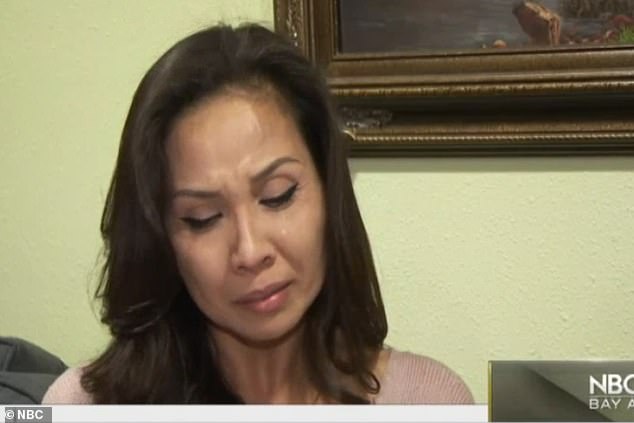 Rattana Kim appeared in a television news interview appealing for information about her husband, Piseth Chhay, before his remains were positively identified using DNA technology 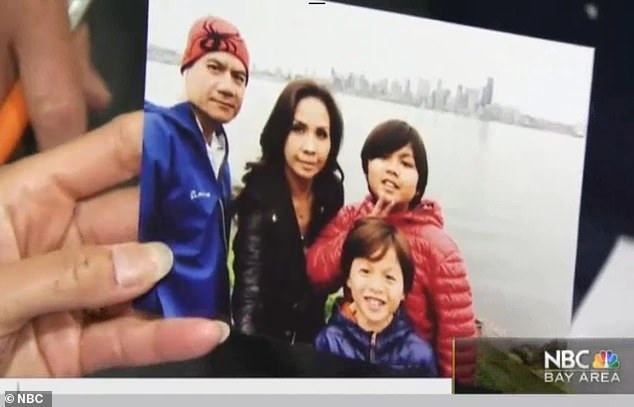 Rattana Kim holds a photo of herself and her husband, Piseth Chhay, with their children. Authorities are still searching for Bob Tang, who is accused of killing Chhay in 2017