Muscular swimming pool cleaner, 26, is charged after ‘haul of drugs and cash is found in his garage’

A muscular bodybuilder is facing life in jail after police  smashed his alleged drugs empire.

Aaron Waters, 26, was arrested at an underground garage in Manly, in northeast Sydney, around 9.30am on Friday following a two-month police probe on the Northern Beaches.

Police allegedly found cocaine, 1.3kg of MDMA, and $20,000 cash in the garage – enough to charge him with large commercial drug supply.

Aaron Waters, 26, (pictured) was arrested at an underground garage in Manly, in northeast Sydney, around 9.30am on Friday

Two Rolex’s and two Breitling watches were allegedly discovered in his Collaroy Plateau home, along with knuckledusters and steroids, The Daily Telegraph reported.

He was later charged him with dealing with the proceeds of crime.

Waters, who owns the Dee Why business Superior Pool Care, faces a string of other charges in relation to the illicit items allegedly found at his home and at the garage. 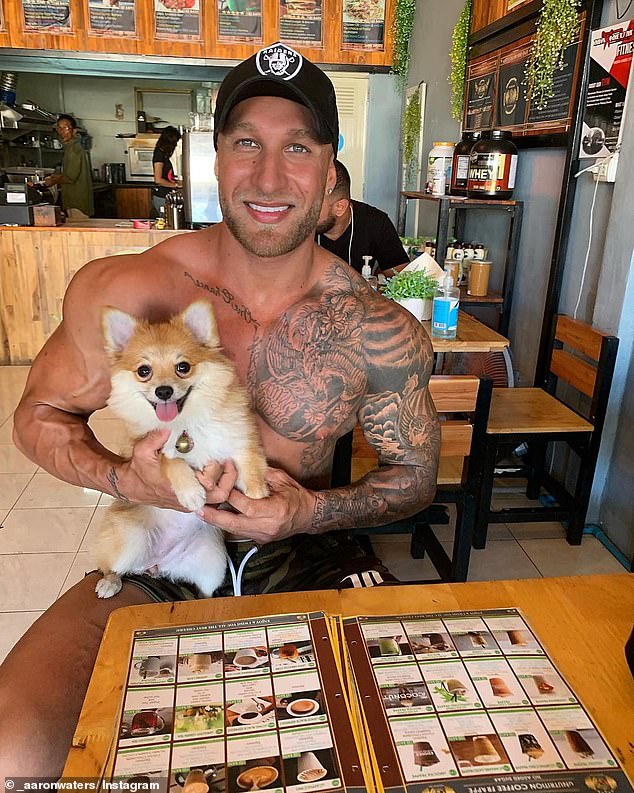 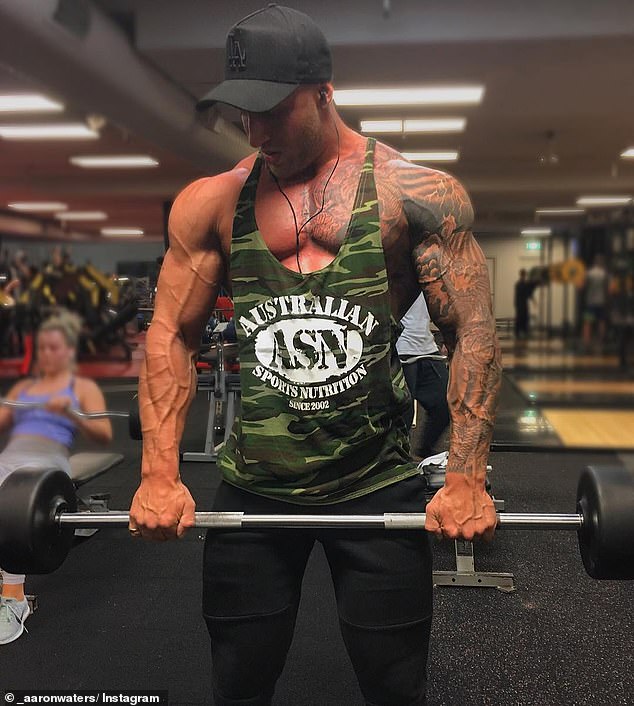 The heavily-tattooed hunk (pictured) is also an avid gym-goer and often shared snaps with his 24,000 followers of his workouts

Waters is very active on social media and has more than 24,000 followers on Instagram.

In several images the bodybuilder can be seen soaking up the sun in a number of picturesque locations.

While in other photographs Waters is seen dining on refined foods such as seafood and steak.

He also shared a picture of himself behind the wheel of a luxurious looking vehicle. 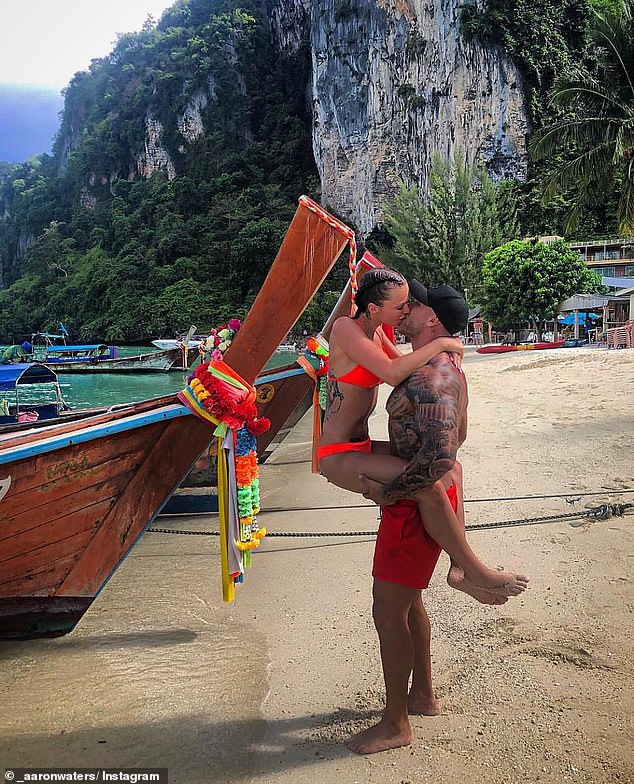 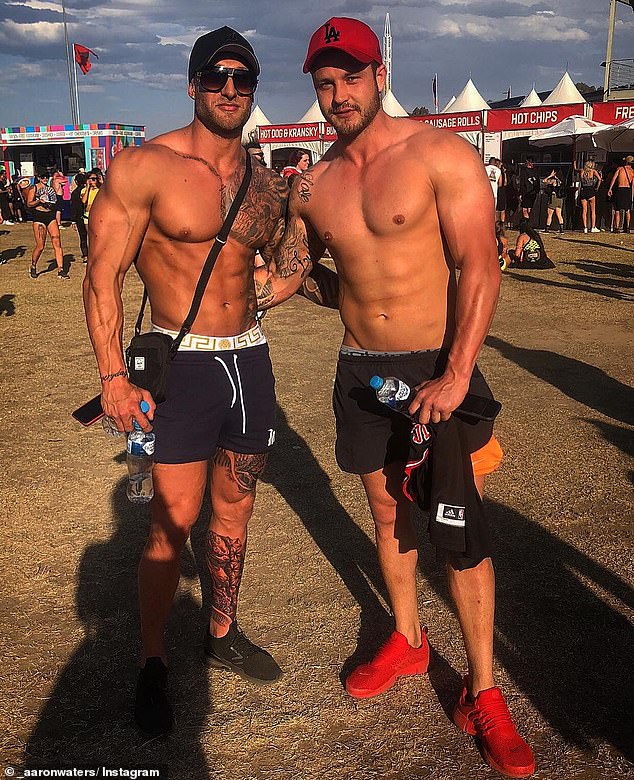 The heavily-tattooed hunk is an avid gym-goer and often shared snaps of his workouts with his 24,000 followers.

In one image Waters can be seen standing outside a gym in Phuket, in Thailand, and alongside it, he wrote: ‘Back where I belong’.

Waters appeared in Manly Local Court on Tuesday and did not apply for bail.

His case has since been adjourned until May 21.