Music: Compositions by Bach provide ‘a sound of reassurance’ on ads, expert claims

The works of the Baroque composer Johann Sebastian Bach are used by advertisers to provide ‘a sound of reassurance’ in television commercials, research has claimed.

Musicologist Peter Kupfer of the Southern Methodist University in Texas studied the context in which Bach was used in 19 adverts that aired in the US from 2009–19.

As with other classical pieces, he noted, Bach’s compositions are also used as signifiers of prestige or class — or employed for humorous effect.

However, the most common feeling it is used to foster is that of a ‘reassurance that one’s product choices will lead to happier, healthier and safer lives.’

For example, a 2012 advert starring Peanuts’ Schroeder links the pianist’s growing confidence as he plays Bach with the anxiety-easing of MetLife’s financial planning.

Despite this, however, Professor Kupfer says that there is nothing actually inherently reassuring about Bach’s works.

Rather, he concludes, their typically abstract nature and general associations with prestige allow them to embody different messages and connotations as needed.

The works of the Baroque composer Johann Sebastian Bach are used by advertisers to provide ‘a sound of reassurance’ in television commercials, research has claimed. Pictured: J. S. Bach at the organ, as depicted in this painting by an unknown artist from 1725

Professor Kupfer has compiled a list of 251 adverts featuring classical music that aired on US TV from 2009–2019.

These included commercials from the following brands:

However, the musicologist noted, the proportion of adverts using Bach is miniscule. In fact, he identified just 19 — among hundreds of thousands — over a ten-year-period.

‘J. S. Bach is a particularly interesting case, for he is, along with Vivaldi and Handel, one of a few baroque composers whose music regularly appears in commercials,’ Professor Kupfer wrote in his 2019 paper.

‘More importantly, Bach has in the popular consciousness become a symbol, if not the symbol, of ‘pure’, logical music, unmitigated by worldly concerns.’

This is particularly so, he argues, for the composer’s ‘abstract’, secular instrumental music — ‘the style of his that is used most often in television commercials, in part because it is the one with which creative directors are most likely to be familiar.’

In his study, Professor Kupfer reviewed the context in which Bach’s works were used in television commercials and developed a taxonomy to describe such.

For this analysis, the expert consulted a database of the appearances of classical music in US commercials that he has been compiling since 2009.

This included a total of 19 adverts employing pieces by Bach.

Among the commercials examined were a 2009 one for the American Express Charge Card featuring the Prelude from Cello Suite No. 1 in G major and a 2010 Allstate Insurance advert with the Prelude in C Major from The Well-Tempered Clavier.

Professor Kupfer concluded that Bach’s works — specifically those in the solo–prelude style — are most commonly presented alongside messages of reassurance.

(A prelude is a short piece of music, typically containing recurring rhythmic and melodic motifs, which during the Baroque period would have been used to introduce subsequent movements of greater length and complexity.)

Like other classical pieces, however, Bach was also found to be used to invoke associations with prestige (such as in a 2016 Cadillac commercial, in which a driver’s ability to name the Cello Suite No. 1 is used as a class signifier) as well as humour. 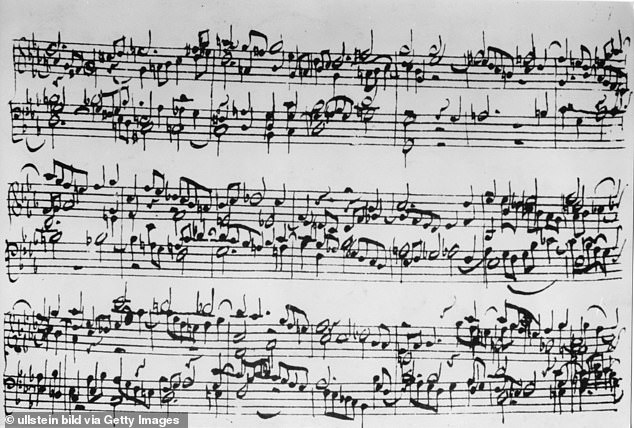 Musicologist Peter Kupfer of the Southern Methodist University in Texas concluded that Bach’s works — specifically those in the solo–prelude style — are most commonly presented alongside messages of reassurance. Pictured: musical notation of a Bach piece

According to Professor Kupfer, the use of Bach in commercials is linked to the broad trend that has seen advertising move away from traditional ‘informational’ adverts, which emphasise factual product benefits, to so-called ‘transformational’ adverts.

These endeavour to ‘transform’ the experience of using a specific brand’s product by associating them with (often arbitrary) feelings, ideas or meanings — such as, for example, the notion that Jeep drivers live a ‘life of adventure’.

Superficially, he continued, ‘it seems as if the sound of Bach […] has uniquely come to represent the sound of reassurance in television commercials.’

However, he added, ‘this phenomenon is a result of the style’s ability to embody different messages and its generic connotations with prestige rather than of any kind of systematic or conscious process.’

‘This stands in contrast to other instances of classical music used in commercials, which typically come from nineteenth-century dramatic or programmatic pieces.’

As a result, Professor Kupfer explained, these often ‘have ‘built-in’ extra-musical associations that advertisers can exploit (e.g., Johann Strauss Jr’s ‘On the Beautiful Blue Danube’).’

The full findings of the study were published in BACH: Journal of the Riemenschneider Bach Institute. 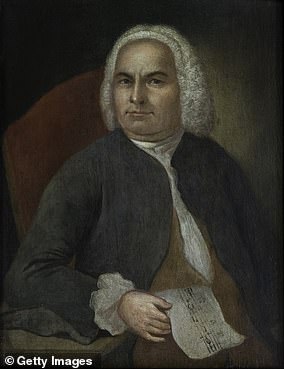 Johann Sebastian Bach (1685–1750) was a German composer and musician of the late Baroque period.

He is known for such compositions as the Brandenburg Concertos, the Goldberg Variations and the Concerto for Two Violins in D Minor.

Born into a musical family in the town of Eisenach, Bach built on established German styles, bringing to bear a greater sense of harmonic innovation.

During his lifetime, Bach was noted for his skills on the organ — however, his works for the keyboard (such as The Well-Tempered Clavier, written to teach his children) were valued for their educational potential.