Music teacher, 33, pleads guilty to faking Covid ‘Fit to Fly’ certificate to travel to Egypt after he altered date on a negative test result from earlier in the year

A music teacher has pleaded guilty to faking a coronavirus ‘Fit to Fly’ certificate to travel to Egypt after altering the date on a negative test result from earlier in the year.

Phillip Cunningham, a 33-year-old music teacher from Kings Norton, Birmingham, sent police on a ‘wild goose chase’ after trying to leave the UK on Monday, May 4.

He pleaded guilty to a forgery and counterfeit offence of making a false instrument at Birmingham Magistrates Court on Friday, after an eagle-eyed Egyptian worker spotted a missing digit on the certificate.

He was granted bail is now due to fly out of the country for work. He told the judge he would be back for the sentence hearing and said he has an up to date negative test certificate.

Judge Briony Clarke criticised him for only confessing his con after ‘sending officers around the houses a bit’.

Phillip Cunningham (pictured), a 33-year-old music teacher from Kings Norton, Birmingham, altered the date on a negative result from February as he tried to fly to Egypt on Monday, May 4

Prosecutor Ros Butler said police were called to Terminal 2 at Heathrow Airport after a man ‘presented what they believed was a fraudulent negative Covid-19 certificate’.

She added: ‘The airline member of staff noticed a digit was missing in the passport section.’

Cunningham showed staff the certificate in a Pdf document on his phone and claimed his bosses organised the test and sent him a copy of the result.

Police contacted the testing company which confirmed he had a negative test in February but could not have revisited the same test centre the day before his flight, May 3, because they no longer subcontracted to his employer.

Ms Butler added: ‘He provided an account to officers at the scene. They made further enquiries and were not happy with the situation. He was arrested. 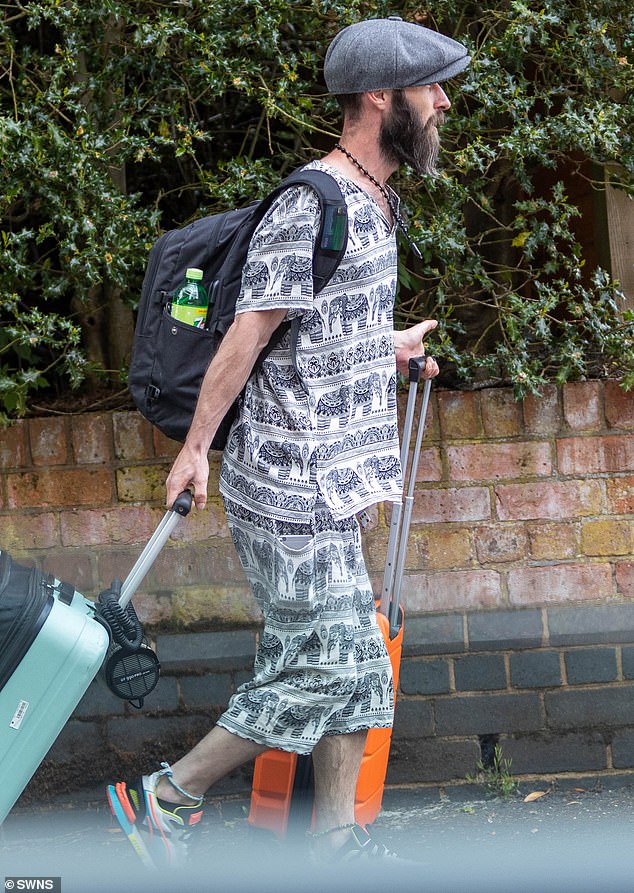 ‘He was interviewed at the police station and did go on to make a full admission. He admitted using a previous negative certificate and altering the date to make it look like a valid Covid-19 certificate.

‘He said he had done this, he didn’t want to lie and that he had sent officers on a wild goose chase. He had paid for a Covid-19 test before. He is a music teacher and was worried this could affect “most of my life”.

‘The situation escalated quicker than he expected.’

The prosecutor stated there were ‘potentially very serious consequences’ to the scam.

The judge said it was a ‘very serious offence’ but adjourned Cunningham’s case until later this month in order for the probation service to assess him and write up a pre-sentence report.