A ‘meek and mild’ Muslim convert grew to hate the UK and tried to fight for Isis in Syria after he was radicalised online, a court heard today.

Ismael Watson, formerly known as Jack, has admitted flying to Turkey and trying to cross the border into the war-torn country between 1 January 2016 and 23 February this year.

The 27-year-old was intercepted by Turkish authorities and deported to the UK after vowing to carry out terrorist atrocities during encrypted chats with undercover MI5 agents, a court was told. 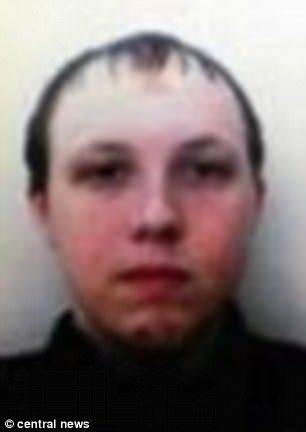 Ismael Watson, originally from Liverpool, is said to have radicalised by watching ISIS videos online before attempting to travel to Syria to join the terror group

Prosecutors say the chats show Watson’s ‘hatred for Western society’ and his determination to fight in a ‘holy war against Western oppressors’.

But he denies preparing to commit acts of terrorism, claiming the UK’s courts have no authority over him.

The Old Bailey heard Watson grew up with a non-Muslim family in Liverpool before he converted to Islam and moved to Walsall in the West Midlands.

Prosecutor Oliver Glasgow, QC, said: ‘Between January of last year and February of this year, Ismael Watson made preparations to travel to Syria in order that he could join and fight for the terrorist group Islamic State.’

Mr Glasgow said Watson flew to Turkey and then tried to arrange to cross the border into Syria with jihadis he contacted on encrypted messaging app Telegram. 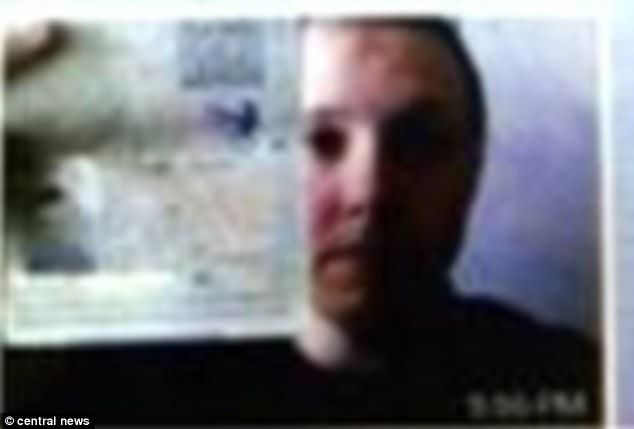 ‘Little did he realise when he was speaking to people on the internet that two of those with whom he discussed his plans were officers working for the security services, and that everything he said to them was being recorded,’ said the prosecutor.

Jurors were told Watson’s encrypted chats with undercover agents ‘reveal the extent of his hatred for Western society and his avowed intent to take part in terrorist activity’.

Mr Glasgow said: ‘There is no doubt that had he succeeded in his attempt to enter Syria he would have joined IS and that he would have fought for them.

When the terror suspect was interviewed by UK police ‘he admitted that it had been his plan to join Isis’ to fight ‘a holy war against Western oppressors’, Mr Glasgow said.

‘He doesn’t accept that what he has done is a criminal offence and he doesn’t recognise this court as having any power to judge him.’

Watson’s mother described him as ‘meek, mild and easily influenced’, but jurors heard he became distant from his family after converting to Islam. 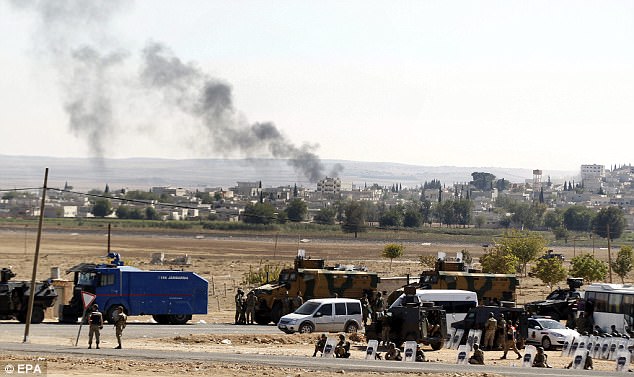 He was picked up after travelling to the Turkish border with Syria in 2016, the court heard

In September 2015 he married Sharmina Begum at the Green Lane Mosque in Birmingham, but he became so radical that she left him in January 2016 after they moved to Walsall in the West Midlands.

‘He started to watch IS videos and listening to lectures about jihad,’ said Mr Glasgow.

‘He started to refer to non-Muslims as kuffars [non-believers] and he spoke of his desire to travel to Syria.’

The jury must decide if they are sure ‘that this defendant intended to commit acts of terrorism’.

‘Joining Isis and helping them in any capacity, whether it’s to fight or anything else would be an act of terrorism,’ explained Mr Glasgow.

Watson, of no fixed address but last living in Walsall, denies preparing to commit acts of terrorism between 1 January 2016 and 23 February this year contrary to Section 5 Terrorism Act 2006.