A Muslim group welcomed firefighters to a dinner to celebrate a mosque’s 30th anniversary.

Ahmadiyya Muslim Australia (AMA) invited the NSW crew to the Baitul Huda mosque in Marsden Park in Sydney’s west as part of the celebrations on Saturday.

Members of the NSW Rural Fire Service attended the event, along with community members, politicians and members of the general public. 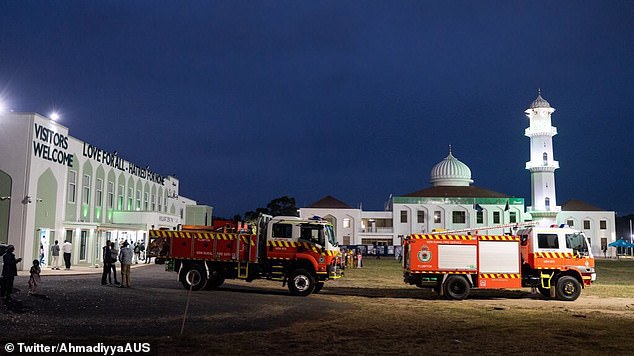 The Muslim group posted images of the event on Twitter, thanking the firefighters for their service.

‘Thanks NSW RFS for the wonderful work you do day and night,’ it wrote.

‘Thanks for attending our 30 years of Masjid Baitul Huda with outstanding exhibition to educate community & encourage our youth to become volunteers & service this beautiful country.’

Images show firetrucks sitting outside the mosque as volunteers from the RFS are pictured eating dinner and listening to key speakers at the event.

There are more than 4,000 members of the denomination in Sydney with the Baitul Huda mosque becoming one of the country’s biggest. 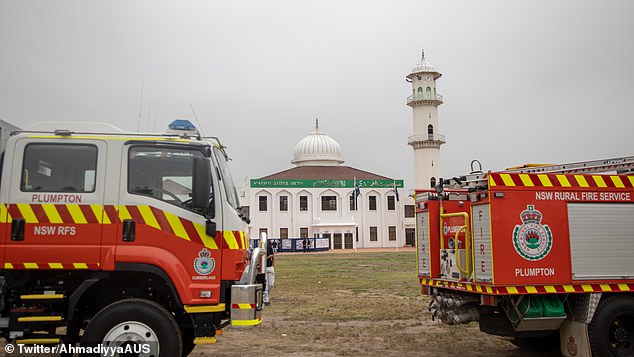 Members of the NSW Rural Fire Service attended the event, along with community members, politicians and members of the general public

Imam and missionary, Imtiaz Ahmad Naveed said the group was formally formed in 1979 but has more than 100 years of history in Australia.

The group focuses on bridging the gap between communities through interfaith discussion.

‘We regularly have visits from several different schools; primary schools, high schools, colleges and some university students and local communities.’