‘My baby sensed I had cancer’: Infant ‘sniffed out’ mother’s life-threatening tumour

A nurse’s newborn saved her from life-threatening breast cancer after refusing to feed from her right breast which was harbouring a huge undetected tumour.

Claire Granville, 40, went for a check-up after little Matilda fed happily from one breast but not the other.

After visiting her GP and being referred for tests, doctors found Ms Granville had a ten-centimetre tumour just behind the nipple of her right breast, from which her baby had refused to feed.

Now after a mastectomy and aggressive chemotherapy she has beaten the disease.

Ms Granville, who lives in Hull with her partner Mark Wright, said she knew something was wrong but never imagined it could be so serious.

Claire Granville revealed how her daughter Matilda was fine feeding from her left breast, but refused to feed from her right one

She said: ‘It was as though she had literally sniffed it out and was refused to go near it.

‘I thought it was such a strange reaction. She was fine feeding from my left breast, it was just the right one that she wouldn’t go near. She would turn her head away from it as soon as I held her near.

‘It was uncanny to see her reaction to it like that, and it was only because she had done that that I went to see the doctor and it was diagnosed.

‘By refusing to feed from my breast, Matilda has ended up saving my life.’

Ms Granville, breastfed her other children Jacob, 12, and Amelie, 10, in their infancy and started feeding Matilda without any complications.

But in April of last year, aged 13 months, the infant started refusing the breast – but only on one side. After examining herself Ms Granville found a lump and went to see her GP. 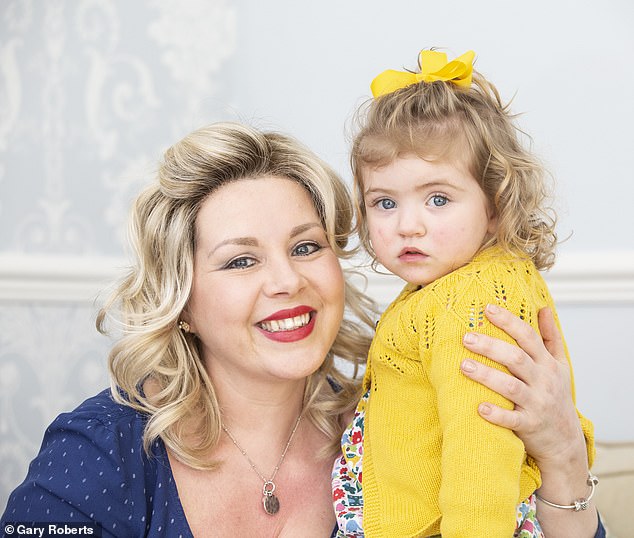 Ms Granville, 40, said that little Matilda saved her life after she ‘sniffed out’ her breast cancer

Ms Granville said: ‘The GP said not to worry about it, as they were sure it was nothing. I said I was sure there was something wrong because my baby wouldn’t drink from that side.

‘So they said that they would refer me for an ultrasound just to to reassure me.’

But when doctors carried out the tests, they discovered she had a ten centimetre tumour behind her right nipple. 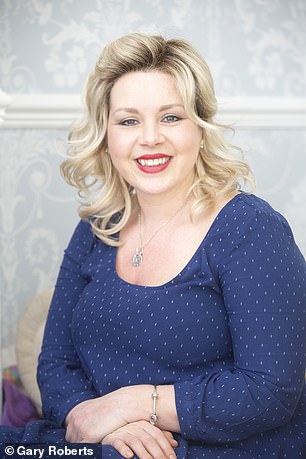 She said: ‘I was so shocked that I had breast cancer. I knew there must be something wrong for Matilda to refuse to feed from it, but I was so young to have breast cancer.

‘It’s a frightening diagnosis to get when you are the mother of three children.’

Ms Granville had an operation to remove her right breast, following by six rounds of aggressive chemotherapy and radiotherapy too. Doctors discovered it had already spread to 31 of her 33 lymph nodes, so it was vital that she’d had the treatment when she did.

She finally finished her treatment in January when doctors gave her the all clear, and she was able to ring the bell on the hospital ward to signify the end of her battle.

She said: ‘It was a very emotional day when I rang the bell. Everyone is rooting for you, so to be able to ring it like that is an amazing feeling.

‘I’ve heard that animals can sense when their owners have cancer, and it was as though Matilda could sense it in me too.

There was a reason why she wouldn’t feed, and I’m so glad I trusted her instinct that something was wrong. 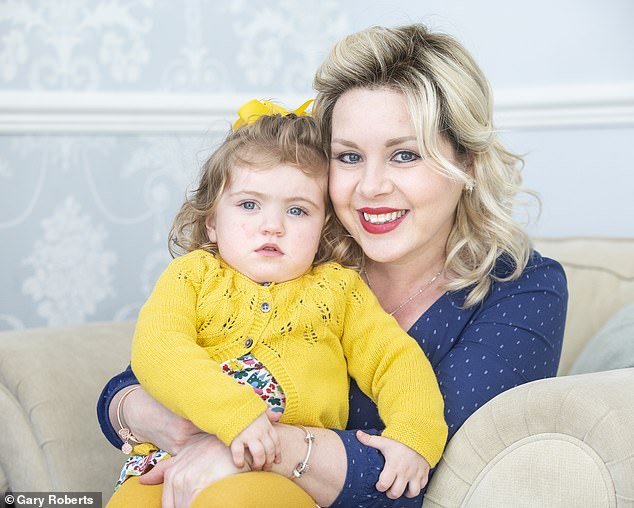 Ms Granville, breastfed her other children Jacob, 12, and Amelie, 10, in their infancy and started feeding Matilda without any complications before she began refusing at 13 months

‘Because I was able to get treatment swiftly, then it meant that my treatment has been successful.

If I hadn’t listened to Matilda then it may have been too late when I was treated.

‘It had already started spreading when I was diagnosed. One day when she’d older I’ll tell her how she has ended up saving my life.’