‘My children couldn’t sit on my lap’: Grandmother, 53, who shed 116 pounds shares how she did it

A grandmother who recently lost more than 100 pounds has shared her joy at being able to have her grandchildren sit on her lap after shedding weight.

Angie Estes, 53, from Whitesboro, Texas, weighed 294 pounds a year and a half ago, and knew she had to make a change after her doctor told her she would have ‘more health’ issues in the upcoming years.

After being unable to ‘play’ with her grandchildren and fearing she wouldn’t even live long enough to see them grow up, Angie began making drastic changes to her lifestyle.

Angie Estes, (pictured before weight loss) 53, from Whitesboro, Texas, recently lost more 100 pounds and shared her joy at being able to play with her grandchildren 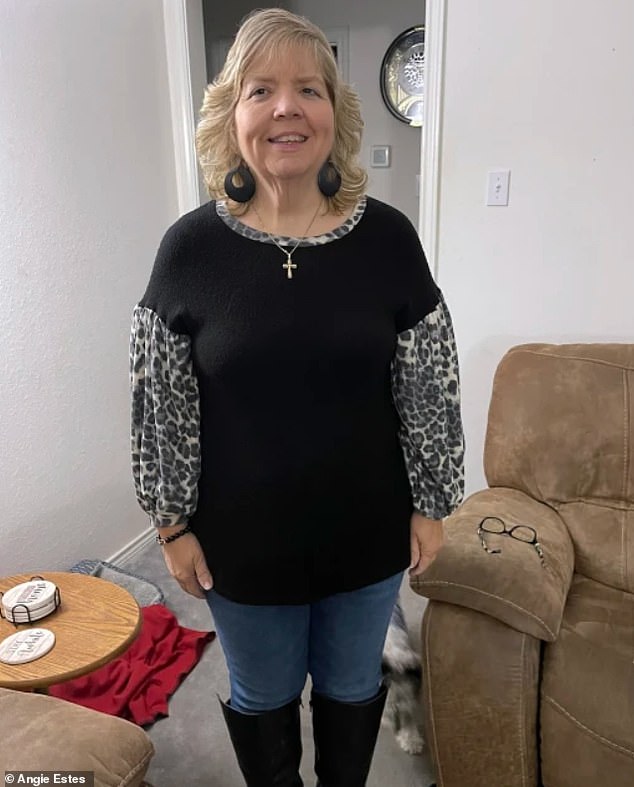 Prior to her weight loss, the mom-of-four and grandmother-of-two (pictured after her weight loss) weighed 294 pounds, had health issues and was unable to ‘run around’ with her grandchildren 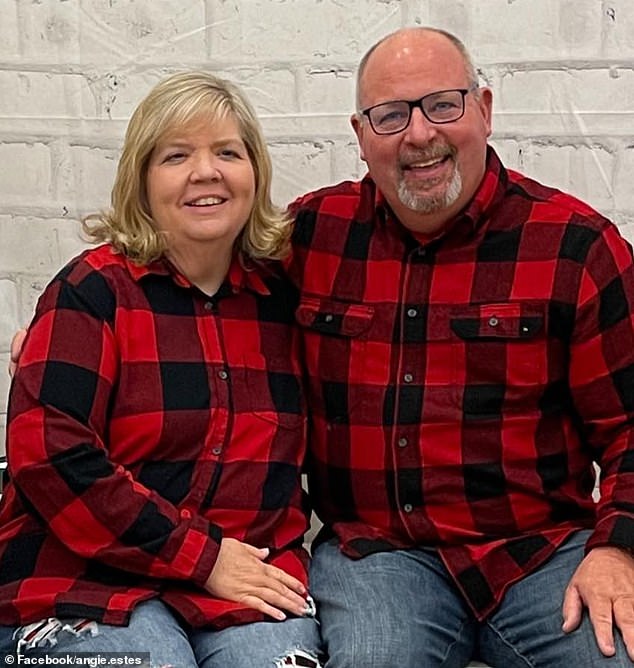 After being unable to ‘play’ with her grandchildren and fearing she wouldn’t even live long enough to see them grow up, Angie (pictured after her weight loss) began making drastic changes to her lifestyle

After shedding the pounds, Angie was overjoyed she could focus on her family.

‘I can sit on the floor, and I can run around with them (her grandchildren). They can sit on my lap. I didn’t have a lap for my own children because my stomach was so big, but now when I’m holding my grandchildren, I don’t have that issue. That’s exciting for me,’ she told Today.

Before her weight loss, Angie had been suffering from high blood pressure, heart problems, acid reflux and sleep apnea.

When her doctor said her health may worsen if she doesn’t lose weight, the mom-of-four and grandmother-of-two immediately thought about her family.

Speaking to Today, she said: ‘[My doctor] said I would have a lot more health problems in another 10 years. My life expectancy wouldn’t be as long, and I would probably have heart issues.’

In addition to wanting to shed the weight for her family, Angie was also motivated because she was self-conscious.

‘I would walk in a room and imagine everyone thought that I was fat. Or if I sat on a bench or a church pew, I would take up a lot of room, and I would think other people were being squished because of me,’ she explained.

Although she had been on diets since her early 20s, the mom-of-four would often lose the weight and gain it back.

After she lost 70 pounds, Angie began to struggle and her doctor recommended she try Weight Watchers.

She said she had tried the program previously, but struggled to keep up with it.

However this year she was able to continue with it and saw the results. 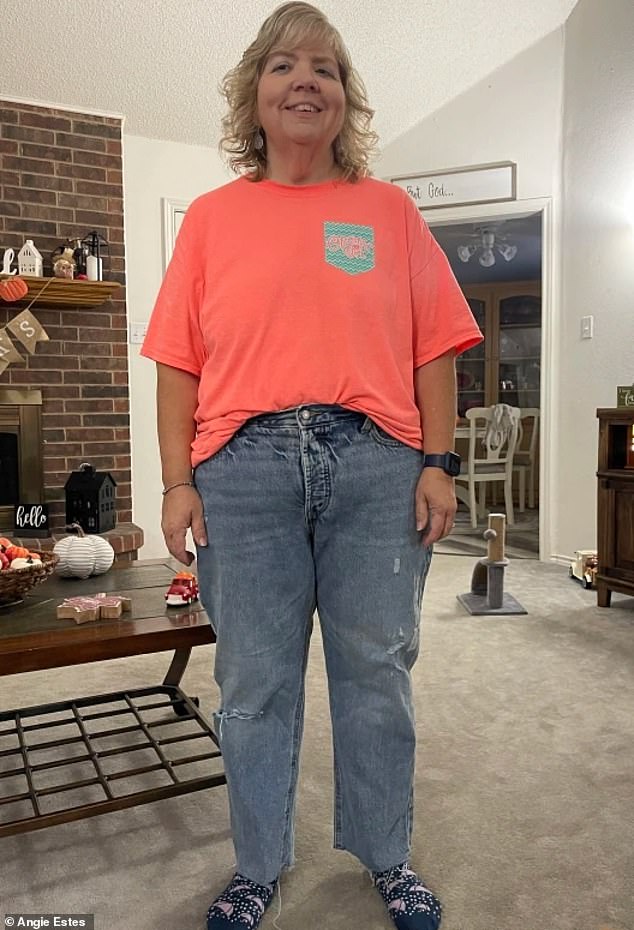 In addition to wanting to shed the weight for her family, Angie (pictured after weight loss) was also motivated because she was self-conscious 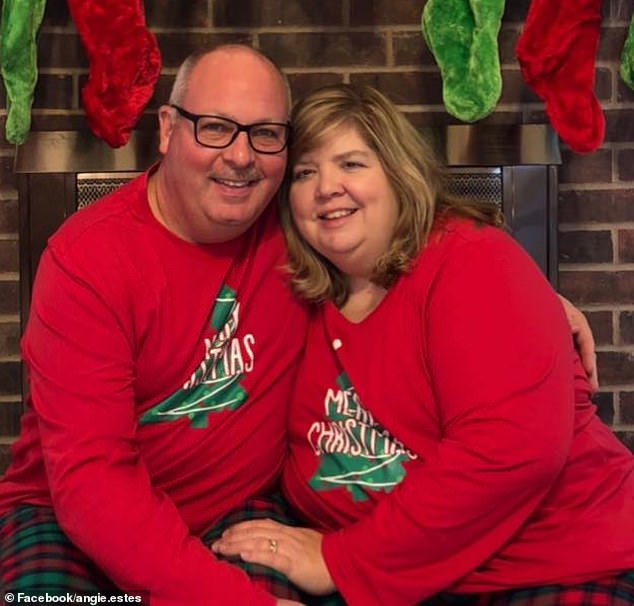 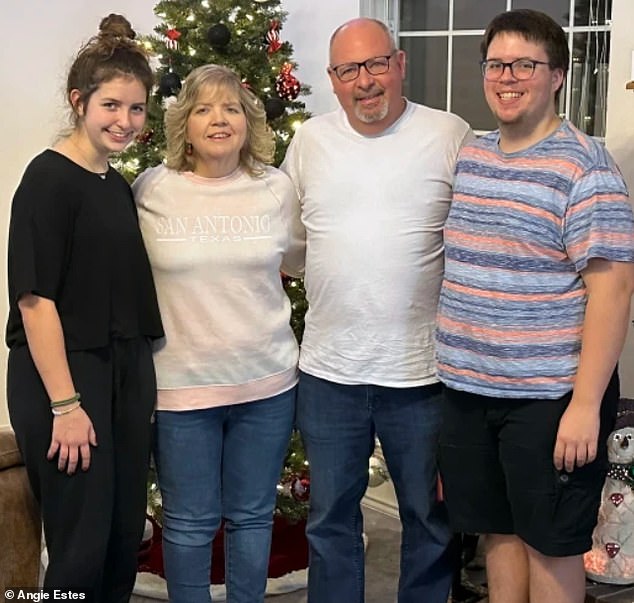 Angie noted she uses her Apple Watch and other apps to track her steps, activities, food and water intake.

After making sustainable life changes, Angie now weighs 178 pounds and is hoping to lose another 15 to 20 pounds.

The first thing Angie did to shed the pounds was pay closer attention to her portion sizes.

She said she was ‘probably’ eating about 3,500 calories a day, and wasn’t paying attention what she ate and how much she was eating.

Angie said she halved the amount of what she had been having.

Although cutting calories made her feel extra hungry at first, she began incorporating protein into her diet to feel fuller for longer.

She began eating more high protein foods such as boiled eggs and chicken.

Angie said her body started to adjust and now she didn’t get hungry in between meals.

She knew she had to remain consistent and focused on her goals if she wanted to shed the weight. 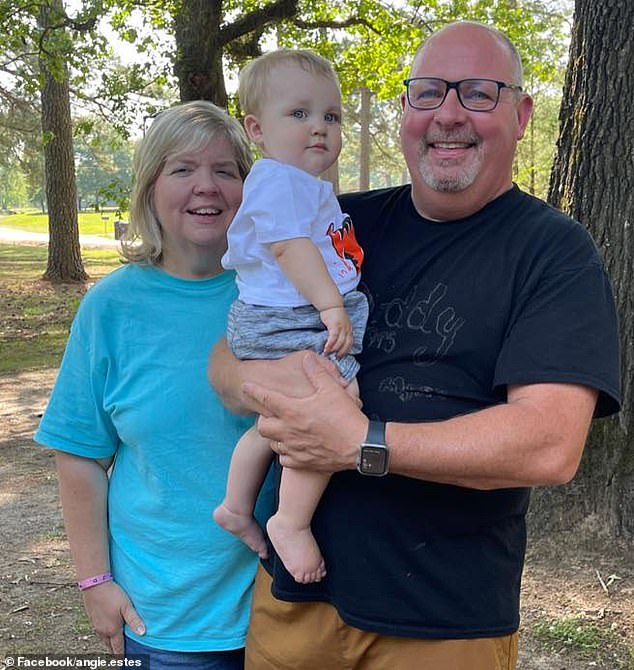 Walking was another huge part of Angie’s (pictured after her weight loss) routine, and she began walking everyday for about 10 to 15 minutes after she got home from her job as an adult GED teacher

Get to swapping! The food swaps that helped Angie lose weight

And while she’s been limiting her portions, she still feeds into her cravings.

‘I know that if I want something, I could fill myself up with five or six other things, but I’m still going to want that thing I’m craving. So, instead of depriving myself, I just eat a couple of bites of it,’ she explained, before adding that she doesn’t let one ‘unhealthy’ snack or meal derail her from her plan.

She also makes sure to stay hydrated to help her feel full, drinking at least 64 ounces of water a day.

Walking was another huge part of Angie’s routine, and she began walking everyday for about 10 to 15 minutes after she got home from her job as an adult GED teacher.

After some time, Angie began walking faster and longer.

At first she was walking a mile in 21 minutes and now she walks the same distance in 16 minutes.

She has increased her walking distance to three miles and even signed up for a 5k.

Angie even purchased a treadmill to walk indoors when the weather is bad and walks at least 10,000 steps a day.

And because of her drastic weight loss, her health even improved. 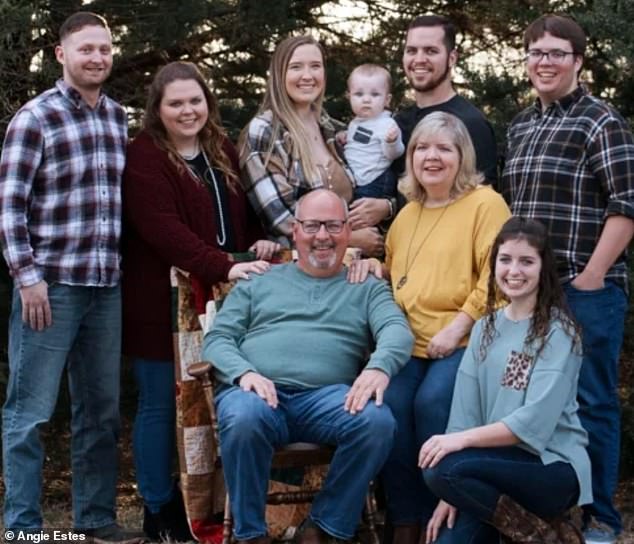 Angie even purchased a treadmill to walk indoors when the weather is bad and walks at least 10,000 steps a day 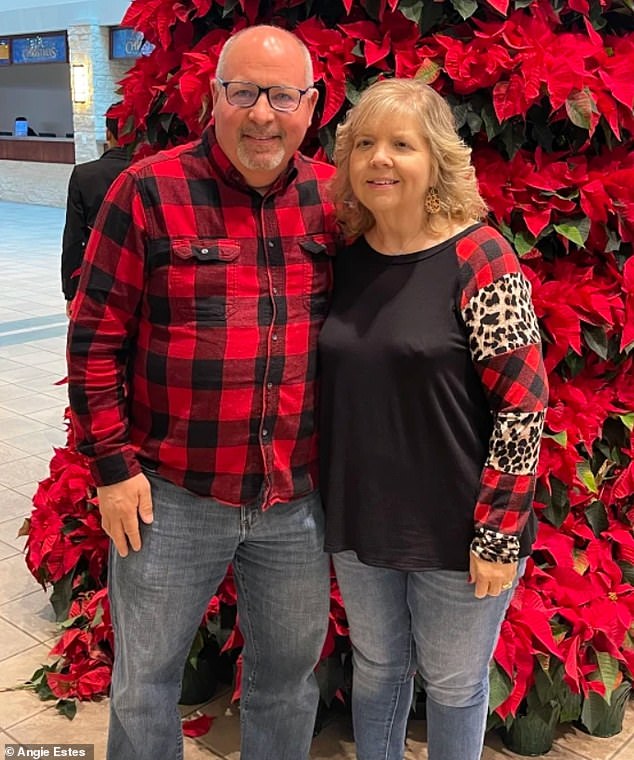 Now, she is overjoyed at being able to have her grandchildren ‘sit on her lap’ and feels healthier and more energetic

Her blood pressure lowered and she was reduced to the lowest dose of medication and she no longer takes medication for reflux or stomach issues.

Now, the only medication the 53-year-old needs are vitamins and thyroid medication because she had her thyroid removed.

Angie also has gotten rid of her CPAP machine, which was used to treat her sleep apnea.

Now, the grandmother feels ‘wonderful’ and revealed her clothing size dropped from 3X to medium and she can even wear her 16-year-old daughter’s clothes.

The mom-of-four credits the support from her family, friends and coworkers for helping her achieve her goals.

Now Angie feels better than ever and although she is still self-conscious about her loose skin, she revealed she hopes to eventually have it removed.

And although she has shed more than 100 pounds, she explained that her brain still hasn’t caught up with her new weight.

‘I still see myself as being overweight and needing to lose a lot,’ Angie explained.