My daily Horoscope: What does December 1st 2022 bring for MY star sign?

If dreams turn sour, why have them? Maybe we should keep them small to minimise the pain when they fall apart? Of course, we want to protect ourselves from things going wrong. But if we never risk failure, how will we ever experience success? As Neptune hangs still in the sky and prepares to turn direct, if long-forgotten dreams resurface it’s because they hold promise. And we can take action to make them come true.

What does December 1st bring for my star sign? Oscar Cainer (pictured) reveals what is in store for us in the run up to Christmas

Some people don’t believe that anything happens by ‘chance’. But how can they be certain? Is every event in our lives carefully planned before we arrive on planet Earth? Or do things evolve randomly and chaotically? Or is it a mix of the two? As Neptune, the planet of dreams, hangs still in the sky, you’re the recipient of a wonderful moment of serendipity. Whether or not something’s ‘meant to be’ today, it sure feels as if you’re going with the flow. And that the celestial forces are smiling on you.

Sometimes, although it might sound crazy, it’s worth attempting the impossible. After all, how can we know what’s possible (and what’s not) until we try? Even if it turns out not to be ‘doable’, we learn things we wouldn’t learn any other way. You’re feeling ambitious. You’ve got a plan. But you can also think of a hundred reasons why you should tone it down and focus your energy on something more realistically achievable. Today, though, with Neptune paused before turning direct, dreams can come true. Go on, give it a go. It’s the Solstice month.

You’re in the midst of a battle. But there’s no one else involved —it’s an inner struggle. A wrestling match is taking place: your fears and concerns versus your hopes and dreams. Yet what’s inspiring you is important enough to give you extra power and strength. If you’re imagining a bad result, stop thinking the worst. Hold on to your belief in the best. The crowd is on your side. If you conquer your fears you’ll be unstoppable, and well on the way to an important victory. 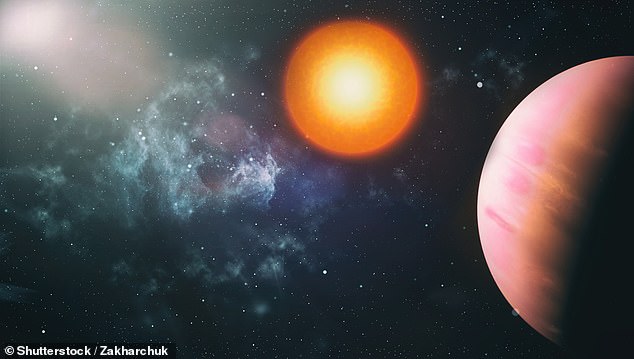 Oscar Cainer reveals what is in store for us in the run up to Christmas. From romance in the winter… to bad luck before Christmas

It’s getting ridiculous. And it’s going to get even crazier before it gets sensible. You’re caught up in a drama. A dance is in progress. It’s not one you particularly want to be involved in: you’re unsure about the moves. But no matter how hard you try to get off the dance floor, you can’t. You’re part of a complex choreography involving others and none of them want to stop. Be patient today. Dreamy Neptune is stationary in the sky. As it starts to move forwards, the dance will come to a spectacularly good ending.

Capture the transforming energy of the powerful Solstice. Call your in-depth, December forecast: 0906 751 5604.

Is imagination a blessing or a curse? Behind great art, music, architecture and drama is there a dark force that also inspires us to create unnecessary anxieties, false fears and unfounded worries? Could it be responsible for the way we sometimes imagine that other people have secretly ‘got it in’ for us? With Neptune hanging still in the sky today, it’s worth focusing on the perfect solution to a challenging situation. If you’re inspired to think positively, your hopes will turn into your reality.

It’s simple. Earth rotates once a day. It goes round the Sun once a year. The Sun orbits the centre of the Milky Way. If we had the technology, we’d probably see that the Milky Way’s also going round something. It’s no wonder our lives sometimes feel cyclical. We’re all going round in circles. We face familiar problems. Situations crop up that remind us of issues we’ve dealt with in our past. Yet we’re all busily trying to move forwards in the straightest lines possible. Trust that you’re exactly where you need to be today.

It’s impossible to define what constitutes ‘a waste of time’. Some people fill every moment with things to do. They dash from one task to another. Yet they don’t always achieve much. Others don’t appear to do anything and they don’t say much either. Yet when they do move into action, what they achieve is special and what they say is worth listening to. So, now that we’ve agreed that it’s not always easy to tell, be reassured. What you’re investing your time in is absolutely worth it.

Some people seem to be genuinely and sincerely content with their lives. They’re so firmly ensconced in positivity, that nothing seems to shake them out of it. Others, on the other hand, seem to be equally attached to a state of permanent gloominess. Fortunately, most of us aren’t stuck in either extreme. Our emotions aren’t so constricted. We can be nudged into (or out of) a mood or mindset. Today, you can influence someone’s feelings. By saying something positive, you can change an atmosphere so that you benefit, too.

Capture the transforming energy of the powerful Solstice. Call your in-depth, December forecast: 0906 751 5608.

They say that ‘one good turn deserves another’, but the reciprocal good turn doesn’t always come from the person who benefited from the first positive action. When you let a car out at a junction, the driver will hopefully be grateful. They might be inspired to repeat your kindness for someone else (or not). But eventually, someone will extend a similar courtesy to you. That’s how it works. When life brings opportunities to be kind today, be as generous as you can be.

Nothing ever happens exactly as we want it to, or when we want it to. Which is why we wish we could speed time up (or slow it down). Yet some spiritually-minded folk believe it’s possible to do this. That if we alter our consciousness, we change our perception, and this can affect our awareness to the extent that events are speeded up or postponed. So, is it time to start meditating? Or could you just accept that what’s going on in your life today is happening at the right time and for the right reasons?

Although you’ve got a long list of things you’d like to be able to change, there’s only one factor that needs to be urgently adjusted. The trouble is, it’s taking up so much of your focus, that it’s hard to find your perspective. Which is why that list is so long. Today, as perceptive Neptune pauses in the sky, if you pause too, one of those lightbulb moments of clarity will enable you to see what to do. When you acknowledge the problem, you’ll be able to sort it. And everything will seem much simpler.

Capture the transforming energy of the powerful Solstice. Call your in-depth, December forecast: 0906 751 5612.