But that’s what happened in 2021 when Bernadette was evicted by her landlord after they decided to sell. Unable to afford the rent in her Suffolk town after prices surged during the pandemic, she found herself without somewhere to live.

‘Thankfully, she has always had a roof over her head, Janelle says. ‘But that roof changed more times in 150 days than Mum has had hot dinners.’

Janelle’s now sharing their story to raise awareness of how easy it is to become homeless, and how older people like her mum end up in that situation.

In the eight months that it took to find her a permanent council home, Bernadette moved around constantly.

‘Mum started off staying with family – my aunties and uncles, my sisters, her cousin’, Janelle recounts. 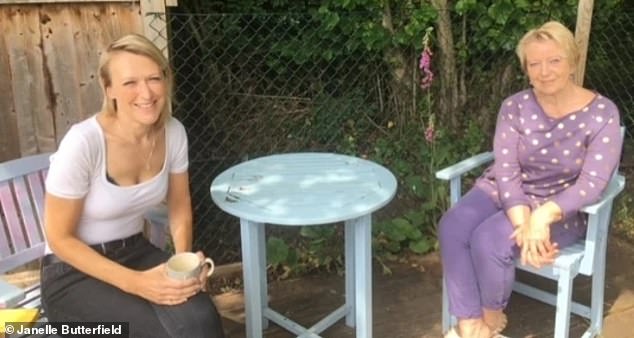 Janelle wants to share her mother’s story to raise awareness of how easy it is to become homeless, and how older people like Bernadette end up in that situation

She adds she managed to take in her mother for a short while too.

‘Living in a one-bedroom flat in Hackney, my boyfriend and I had barely survived lockdown, but of course we had her to stay, and he hit the sofa for a night or two’.

‘Then Mum committed to a month living in a hostel in a remote village 20 miles from the town she calls home.

‘While the room was clean and provided a shared bathroom and kitchen, Mum’s new housemates had significant alcohol dependency and mental health issues that kept them and her awake long into the night.’

Janelle and Bernadette admit this was the hardest period, but for Janelle, the biggest challenge came from not being able to help. 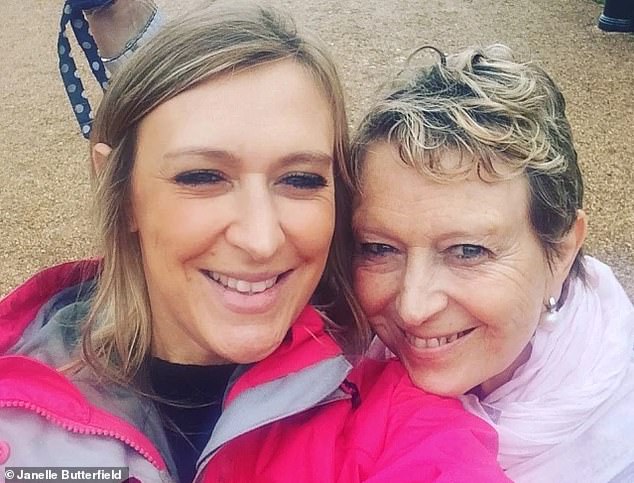 Bernadette lived out of suitcase for 150 days, sharing the homes of her siblings, children and cousin, she even lived for a month in a hostel

‘Seeing a parent living out of their car boot and not being able to help has been at best, frustrating and at worst, truly, truly heartbreaking. Knowing that even if I gave mum every penny I had, I couldn’t buy her security, was the worst feeling of all.’

She added she and her sisters had provided as much financial support as they could to their mother, but with rental prices soaring it still wasn’t enough.

‘Mum joked that if she hadn’t been made homeless she would never have had this opportunity to travel,’ says Janelle. Bernadette called it her ‘gap year’.

Janelle recalls one comic incident in which her mum told her she’d given a young homeless man £10 and she had to remind Bernadette that she was homeless too, to which the mum responded, ‘Yes, but he needed it more than me’. 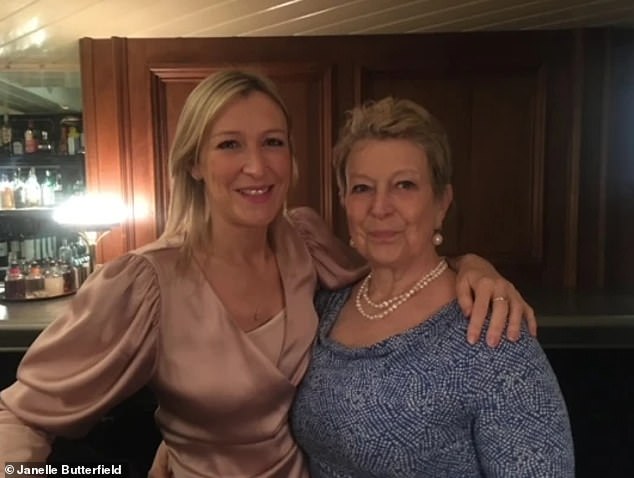 Thankfully, permanent accommodation did appear. On Bernadette’s birthday last year she received a phone call to let her know that a one-bed had been found for her.

‘This summer, I watched my brilliant mum unpack her bag for the last time. No more storing her clothes in the car, no more showering at the gym.

‘I sat with her on her sofa, and we put our feet up with a cuppa, and I was finally able to sleep easy.’