My nightmare before Christmas is a shop-bought pig-in-a-blanket, says ADRIAN LOWERY

My nightmare before Christmas IS a shop-bought pig-in-a-blanket, says ADRIAN LOWERY: Maybe a supply-chain crisis will restore some sanity to the crazed consumption of our festive season

By Adrian Lowery for Thisismoney.co.uk

First there were warnings of toys, electronic goods and fizzy drinks being in short supply this Christmas.

Now our retailers might run out of pigs-in-blankets when the festive season gets underway. Which, if you’ve been in a supermarket recently, you could be forgiven for thinking it already has.

Sir Keir Starmer has waded into the supply chain row and called on Boris Johnson to take ’emergency action’ to address the shortage of lorry drivers, which he said was threatening to ‘ruin Christmas’.

What after all would Christmas be like without a dozen pallid sub-standard cocktail sausages wrapped in some cheap fatty bacon and treated with preservatives that stop them mouldering in their oversized plastic tray?

If such a possibility is too much to contemplate, then maybe it’s time to rethink the festive food strategy.

This way the fear of a Christmas without such an integral item is allayed, plus one gets to eat something resembling real food. Now the only concern is panic-buying of bacon and sausages in October.

I’m not sure everyone in Britain is as anxious about the possibility of shortages this Christmas as our media outlets make out. Indeed for some it must be a relief.

What better way to resist the clamour for this year’s ‘must have’ toy than the knowledge that it’s just not available.

‘Because lots of people voted to chuck out all the workers who were prepared to do the jobs that British people aren’t. Merry Christmas!’

This year’s ‘must-have toy’ is almost by definition next year’s ‘plastic tat in a box in the spare room’ anyway, so it might be time also to rethink our festive gift strategy.

I’m not saying we should all be whittling toy soldiers from blocks of wood and hand-looming floral pinafore dresses.

But good present-buying is almost a skill, one that requires a bit of work, thought, imagination, that sort of thing – not that I’m particularly blessed with it, but I do try.

In fact, it can only be hoped that a supply chain crisis this winter prompts us into rethinking our consumption strategy altogether. 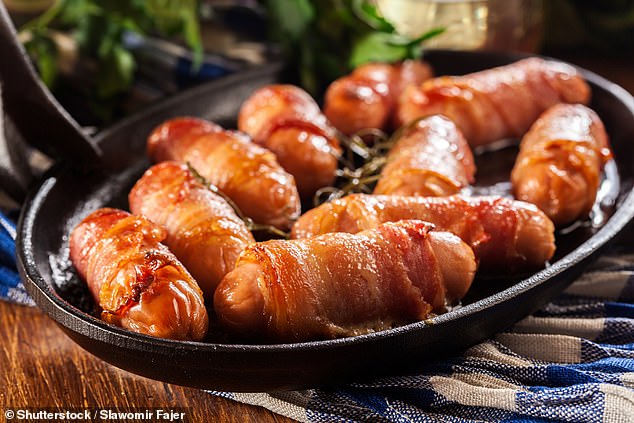 Are pigs-in-blankets really integral to Christmas?

After all is it really the message we should be instilling in small children from the dawn of their consciousness? That having lots of things is important, the more stuff the better?

All at a time of year of year that I think most people would agree, even putting aside for the moment its religious essence, should be about some of the more elevated values of humanity – goodwill, fellowship and suchlike.

How after all does it make the poorest families in the country feel, this annual splurge? The children who end up with a lot less than their more privileged schoolmates; the parents who feel bad because they can’t give their families the sort of festive blowouts they see elsewhere.

There’s nothing very christian about a big materialist party that humbles the most hard-up members of society.

You can guarantee that there’ll be nothing missing from the shops this winter that people actually need to have. There might be less choice – but maybe that’s a good thing for all of us.