My race to get into SPACE aged 80!

This was the fateful telegram of September 1961, sent to the female astronaut candidates of the Mercury 13 women in space programme: ‘Regret to advise arrangements at Pensacola cancelled probably will not be possible to carry out this part of program.’ Signed: ‘W. Randolph Lovelace II, MD.’

The funding had been pulled from a visionary, privately funded programme which aimed to beat the Russians to sending the first woman into space.

The 13 candidates, who had passed all the rigorous physical and psychological tests up to that moment, were left reeling from the shock and disappointment. It was all over.

One of those women was Wally Funk. Yes, that’s her real name: Mary Wallace (‘Wally’) Funk, born 1939, daughter of Mr and Mrs Funk, who ran a five-and-dime store in Taos, New Mexico.

Sue Nelson examines Wally Funk’s (pictured when she was a flight instructor aged 21) quest to visit space in a new book. Wally who is now aged almost 80 was among 13 candidates for a mission to send the first woman to space in 1961

If you read this extraordinary, quirky book, you’ll get to know Wally: one of the brashest, loudest, most unselfconscious women I’ve ever come across in non-fiction. Now aged almost 80 and as physically fit as ever, she is still, 57 years after the arrival of that telegram, hoping to fly to space.

Earth does indeed seem too constricted for this Texas-based female force of nature. She drives around this plain old planet in her camper van, using her knee to control the steering wheel and refusing to wear a seat belt, and has kept herself occupied as a pilot and an air-accident investigator, taking part in air-races to avert boredom. She still has her eye, though, on the off-planet prize.

The good news is she does have a ticket for space. In 2010, she paid $200,000 for a flight on Richard Branson’s Virgin Galactic SpaceShipTwo.

The bad news is the Virgin Galactic space flights are still being tested — they’re always about to happen next year rather than this, it seems.

Wally is also quite far down the waiting list — there are 650 people on it, including Justin Bieber and Katy Perry, and Virgin Galactic won’t bump her up. Once the flights start, they’ll accommodate just six passengers at a time and go (at the very most) monthly.

Recently, Wally was pretty unimpressed to discover that someone had paid $1 million at an auction to be on the same flight as Leonardo DiCaprio. Was this person going to be a queue-jumper?

The Virgin Galactic tragedy of 2014, when one of their spaceships broke up on a test flight killing one pilot and seriously injuring the other, set the programme back by years. Will Wally get to space before it’s too late? She fears her time is running out.

Reading this book, I wanted to shout: ‘Get on with it, Branson! Your future astronauts are tired of being invited on tantalising trips to the Spaceport in New Mexico and being fobbed off with a silver Virgin Galactic spaceplane-branded water bottle!’ 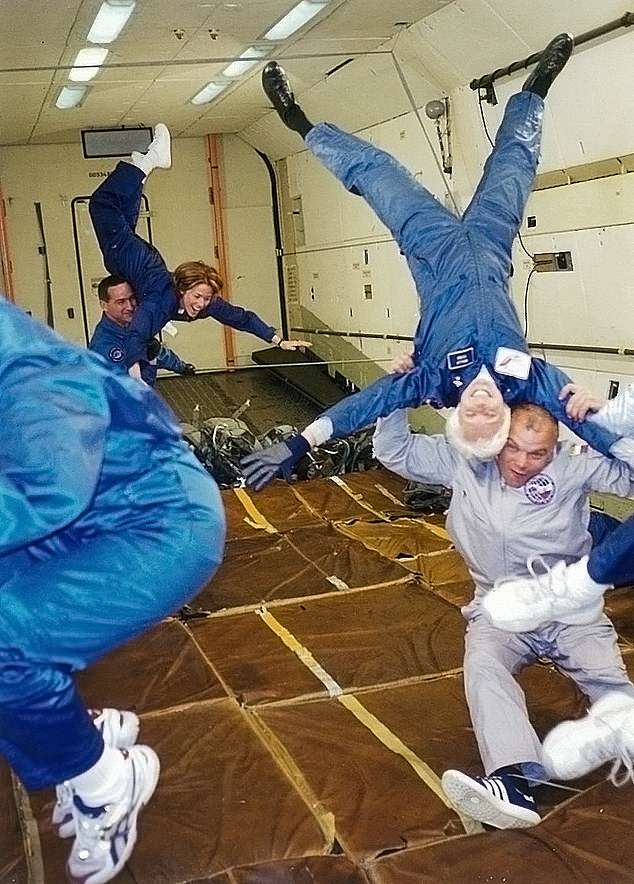 Wally (pictured aged 61 training in Russia) who paid $200,000 for a flight on Richard Branson’s Virgin Galactic SpaceShipTwo is currently an interviewer on a radio programme about women in space that Sue is producing

The book’s author, Sue Nelson, a former BBC science correspondent, is a bit of a space boffin herself and shares the corny sense of humour of all space-addicts.

The area telephone code for Cape Canaveral, she tells us, is 321. She notices the sticker on Wally’s camper van saying ‘We Have Friends In High Places.’

Sue’s excuse for spending a great deal of time with Wally, and thus for writing this book about her and about the story of women’s space travel, is that she’s producing a radio programme about women in space, for which Wally herself is the interviewer.

The two women embark on a global Thelma and Louise-style adventure, visiting space-related headquarters, from the European Space Agency to Cape Canaveral, where Wally (famous in her own right as an aviator) asks the questions. As the two women drive, the car’s persistent beep-beep-beeping at Wally’s refusal to wear a safety belt drives Sue half-mad.

It’s a great story, even though there’s not yet a conclusive ending, and it throws fascinating light on the story of female space travel.

To qualify for the Mercury 13 programme in 1961, Wally and her 12 co-candidates had to undergo gruesome tests. The women were treated as medical guinea pigs and subjected to rectal and gynaecological examinations and barium enemas. 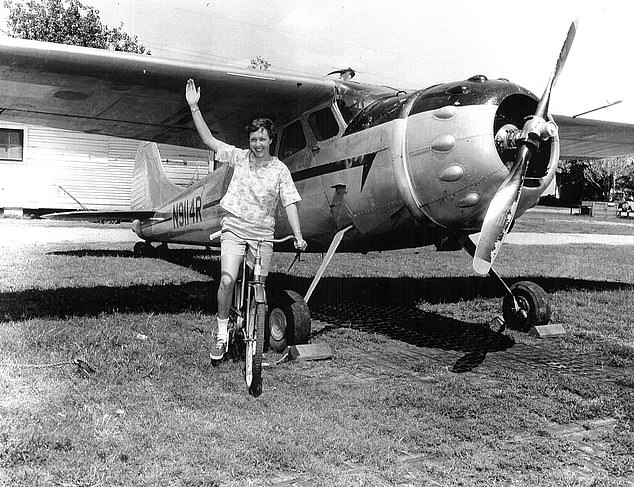 Wally (pictured in the late 1950s) passed a series of gruesome tests with flying colours that space candidates has to undergo during the Sixties. Now, 61 women have flown to space and the tests required have become steadily less invasive

They had iced water squirted into their ears to induce vertigo, cycled to the point of exhaustion with electrodes stuck to their bodies and floated in a tank of water in the dark for ten-and-a-half hours — the ultimate sensory deprivation test.

Wally passed it all with flying colours. She proved women were every bit as good as men at surviving such ordeals — and sometimes better when it came to psychological stamina.

All the usual Sixties taunts were thrown at them: they were dubbed ‘the astronettes’, and one of them, Jerrie Cobb, was described as ‘a little astronaughty’.

That was only to be expected; but the candidates felt particularly betrayed by the woman who had funded the programme (and who had been the first woman to break the sound barrier), Jackie Cochran.

She withdrew her funding, saying: ‘I don’t want to see a woman fall flat on her face.’

At a three-day congressional hearing challenging the decision to terminate the programme, the astronaut John Glenn testified: ‘The fact that women are not in this field is a fact of our social order.’ 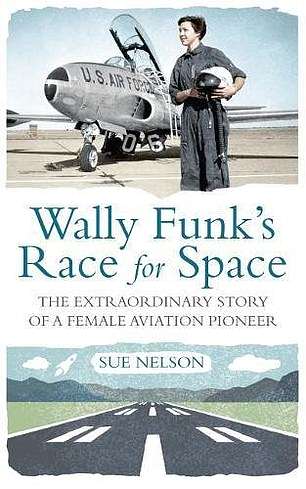 That hurt. Lyndon B. Johnson, vice-president at the time, wrote these optimistic words in a letter to Nasa: ‘I know we are grateful for the desire to serve on the part of these women, and look forward to the time when they can.’

But at the bottom of the letter, he scribbled: ‘Let’s stop this now!’ Those were his true feelings.

So the women had to sit by and watch while a Russian woman, Valentina Tereshkova, became the first woman in space in 1963.

She, too, was subjected to taunts and described as ‘an absolute basket-case’ and ‘hysterical’ in space, when in fact she had been clear-headed on realising she was about to be pulled into a higher orbit and would thus circle the Earth until her slow demise from starvation: a fate she managed to avert.

So far, 61 women have flown to space, and the tests for female astronauts have become steadily less invasive.

But in order to be an astronaut today you need to be overwhelmingly qualified: the typical modern astronaut has a degree in astronomical sciences and a Masters degree in mechanical engineering, is a qualified diver and pilot, already speaks five languages and is learning Mandarin in order to be a ‘global player’.

But do these highly qualified astronauts have the same pioneering spirit as those early candidates, who left jobs and even marriages to try to fulfil their dream? I fear not.

Come on, Virgin Galactic! Get Wally Funk into space.