My Unorthodox Life star Julia Haart is being sued by her estranged husband Silvio Scaglia for ‘illegally’ withdrawing $850,000 from a company account.

Haart was reportedly fired as CEO of Elite World Group, a talent agency founded by Silvio in 2011, hours before she filed for divorce from her estranged husband of nearly three years, according to Page Six.

In a petition filed on Thursday, the 51-year-old reality star is also seeking a restraining order from Silvio who she claims is ‘abusive and unhinged’ and even threatened to kill her.

Not great: My Unorthodox Life star Julia Haart is being sued by her estranged husband Silvio Scaglia for ‘illegally’ withdrawing $850,000 from a company account; seen on Instagram

Julia’s lawyer Marty Singer said in a statement to DailyMail.com: ‘The claims against Julia Haart are not based in face and an attempt for Sylvio Scaglia to take the attention off of his own history of failed investments, (La Perla, Babelgum, Yewno). In fact the company still owned by Scaglia that has any value is the company that was run by Haart, who took over the operations of the business and as a result its valuation has increased over 5 times from $90 million to $500 million.

‘The account that is the basis of a lawsuit is a jointly owned account, and the same account that Mr. Scaglia used to pay his own divorce lawyers. Earlier today Julia filed an action in the Delaware Court of Chancery to address the actions taken by Mr. Scaglia, including her unauthorized purported termination.’

Haart was reportedly fired from the company due to the way she ran the business ‘as her personal pocketbook’ and she was allegedly responsible for a ‘huge increase in corporate costs and expenses.’

‘Julia was spending on extras like travel, glam, clothes, driver. She has a full-time driver and two Bentleys,’ the source continued. ‘She has a Hamptons rental, she flies private, she stays at the penthouse at luxury hotels … She has custom Chanel and Gucci. She’s one of the top spenders globally at Louis Vuitton.’

Scaglia’s suit against his estranged wife claims a misappropriation of $850,000 missing from the company’s account.

‘Haart made the illegal withdrawal upon receiving notice from the directors of Elite World Group LLC (‘EWG’), a wholly-owned subsidiary of Freedom Holding, that they would be voting at the next board meeting, February 11, 2022, on a proposal to dismiss her as chief executive officer. The very next day, Haart illegally transferred $850,000 from Freedom Holding to Defendant Haart Dynasty LLC, a limited liability company controlled by Haart,’ the lawsuit alleged. 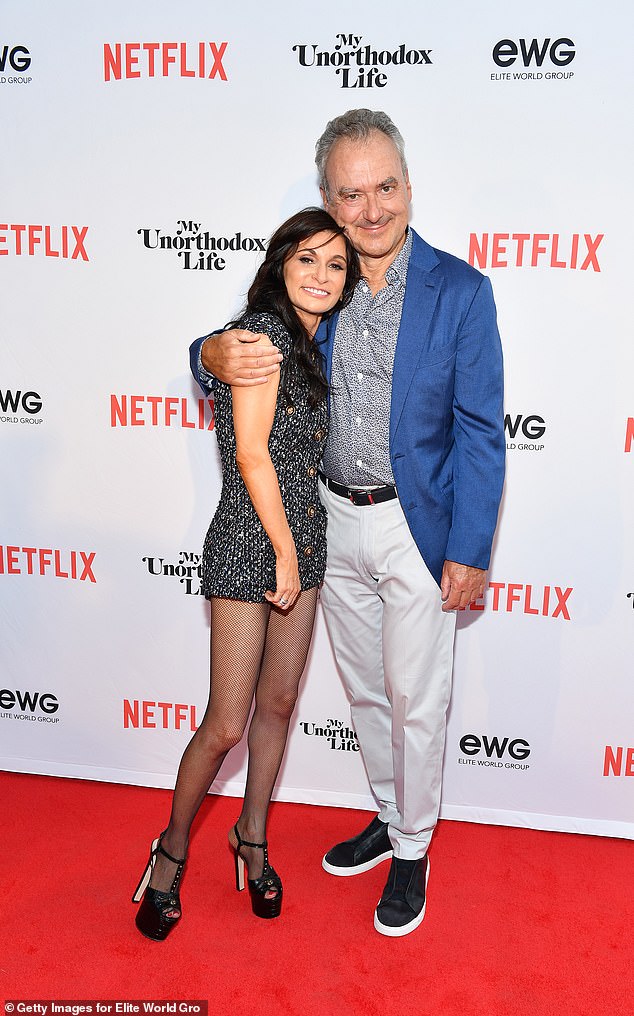 Yikes: Haart was reportedly fired from the company due to the way she ran the business ‘as her personal pocketbook’ and she was allegedly responsible for a ‘huge increase in corporate costs and expenses’; seen in July

The filing also claims Haart withdrew more than the $250,000 limit, and used the account for mortgage payments and living expenses, which breached an agreement previously made with Scaglia.

Her attorney, Richard Edlin of Greenberg Traurig, told Page Six, ‘The action taken to remove Julia Haart from her position as CEO was unauthorized and of no legal effect. She is a 50 percent owner of the business and one [of] the two directors. Unfortunately, this comes at a time when Julia and Silvio are in the beginning of divorce proceedings. Julia will enforce all of her legal rights and remedies.’

In a separate suit, Julia claimed Silvio has ‘become increasingly volatile, abusive and unhinged’ as she petitioned the court for a restraining order from her estranged husband.

Julia wrote that she is ‘scared for my safety and the safety of my children, some of whom reside with me,’ in their $65million Tribeca apartment.

Scaglia had rented an apartment nearby, but Julia claimed he threatened their household staff and said he would ‘clean out’ the property. 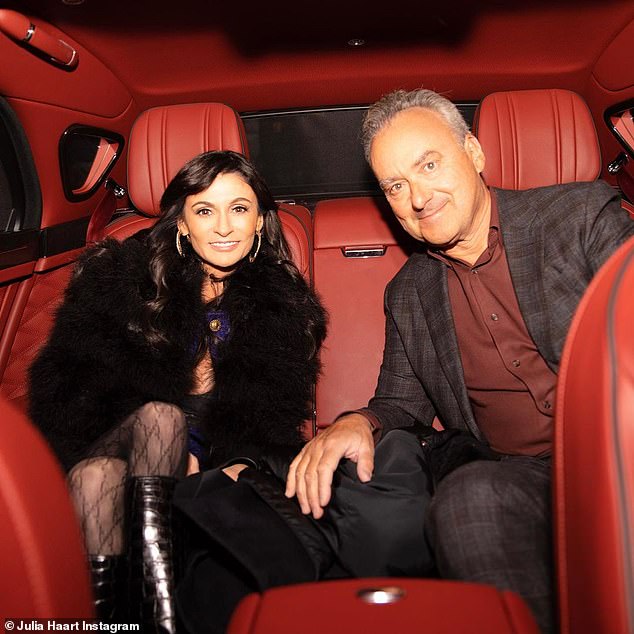 Awful: In a separate suit, Julia claimed Silvio has ‘become increasingly volatile, abusive and unhinged’ as she petitioned the court for a restraining order from her estranged husband

‘I am terrified of Respondent’s presence in our home,’ she noted.

The mother-of-four said: ‘Recently, Respondent became increasingly controlling and verbally and emotionally abusive towards me.

‘He has routinely berated me, calling me “a venomous snake,” a “monster” and a “liar,” in the presence of third parties and at times, my children. One of Respondent’s favorite epithets is to tell me to “go f**k yourself.”‘

The couple have no children together but Julia has four kids with her ex-husband Yosef Hendler: Batsheva, 28, Miriam, 21, Shlomo, 26, and Aron, 15. Scaglia also has children from a previous marriage.

Julia starred on the popular Netflix series which focused on her life in the fashion industry after leaving the strict Orthodox Jewish religion she was raised in.