Myer accuse Perth boy of stealing because he is Aboriginal

A teenage boy accused of theft by Myer staff has claimed he was racially profiled because he is Aboriginal.

The incident occurred when Jaylen Garlett, 16, was at Myer in the heart of Perth with his father shopping for a shirt for his school formal.

The teenager’s father Shem Garlett said ten security guards pounced on his son after a call went out over the store intercom.

A shop assistant told Mr Garlett she called security because a purse had been stolen from the service area the week before, he said in a complaint letter to Myer.

‘I suggested that she was racially profiling as the only thing she would have noticed was a young Aboriginal man, in her mind, appearing to be in the wrong place,’ he wrote.

‘This is not grounds to make a panicked call for security over the intercom. She did not witness any crime being committed.

‘There were at least ten staff including security in the area within 30 seconds.’ 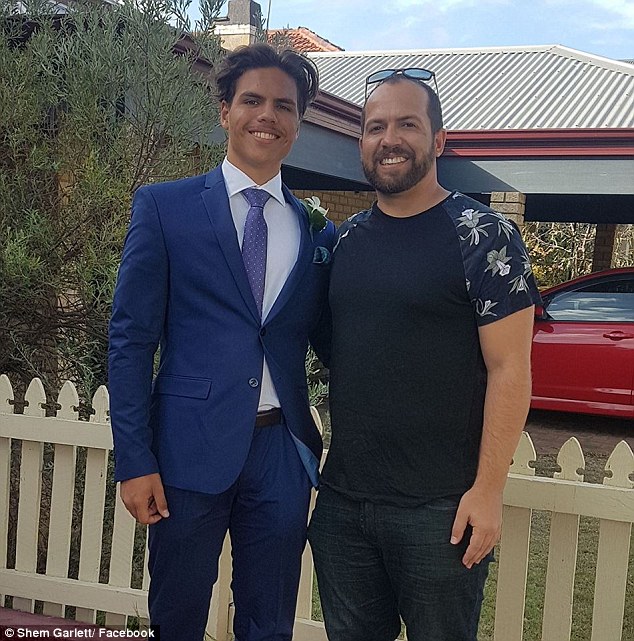 The incident occured when Jaylen Garlett, 16, was at Myer in the heart of Perth with his father shopping for a shirt for his school formal (pictured are Jaylen and his father)

Mr Garlett said they had just spent more than $200 on a shirt and accessories, and was tempted to take his business elsewhere after the incident.

In a letter to Myer Perth City’s store manager Mr Garlett said similar incidents in the past mean he no longer allows Jaylen to shop at Myer or David Jones alone.

‘This is not an isolated incident as many of my Aboriginal friends and family have shared similar experiences of being racially profiled and harassed by security when shopping,’ he wrote.

He also said one staff member, who he did not name, was ‘extremely helpful and provided us great customer service’. 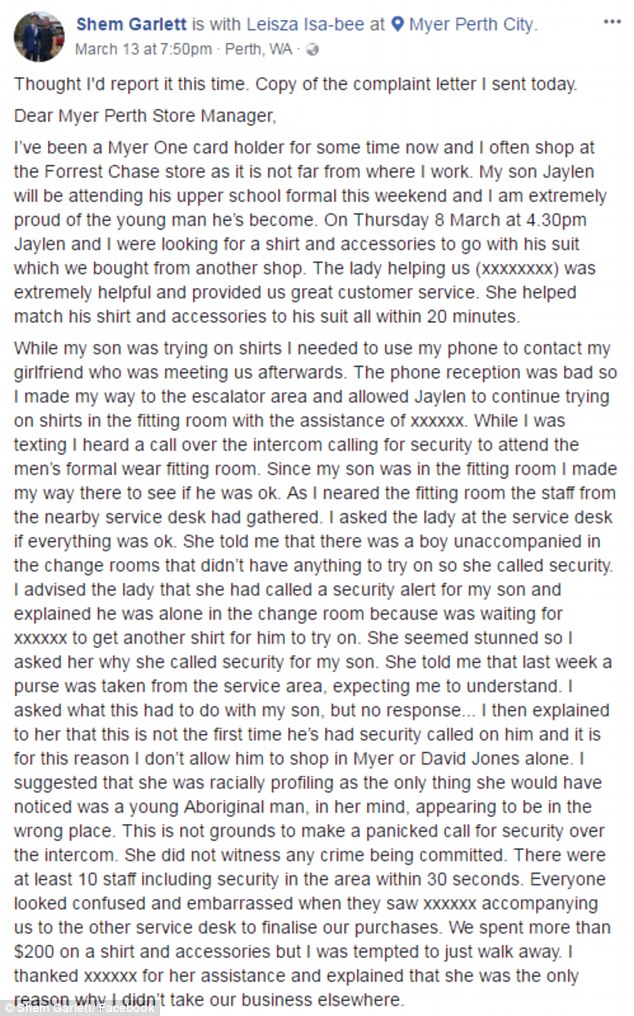 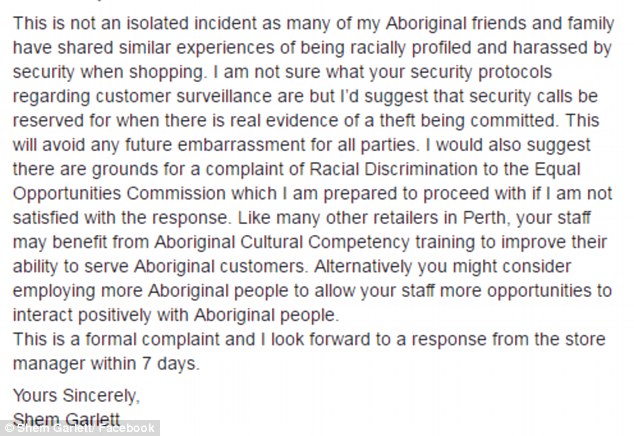 ‘Myer is committed to equality, diversity and inclusion across our stores and workplaces and we want our customers to feel welcome and safe shopping with us irrespective of gender, background or sexuality,’ a spokesman for the store told ABC.

‘Myer has looked into this matter, which came about due to a misunderstanding between team members when the customer entered the change rooms without any clothing items. There were no other factors involved.’

David Jones apologised after Williams complained about the incident, which he described as a traumatic experience for his children. 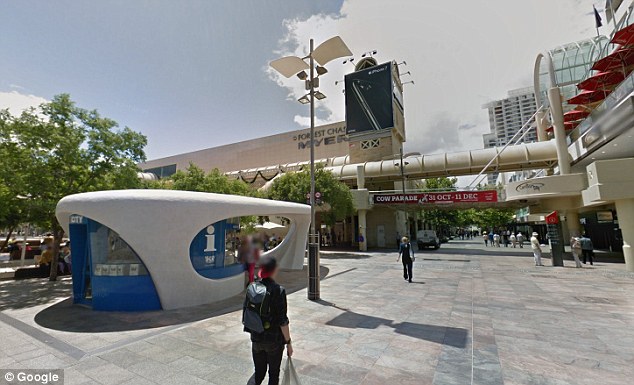