Mystery as body is discovered in a Brisbane home with two naked, starving teenagers locked next door

Mystery as body is discovered inside a Brisbane home before two teenagers are found naked, starving and locked in the next room

Two teenagers have been found locked in a room malnourished and naked with a body in the next room.

Police were called to Stafford in North Brisbane after 7am on Wednesday after reports of a sudden death.

A 49-year-old man’s body was found in the home on Midson Street. He is understood to have died from a heart attack.

A Queensland Police spokesperson told Daily Mail Australia ‘initial investigations into the man’s death are not suspicious, however police will wait for the results of a post mortem examination’.

Police at the scene found the teenagers after hearing them locked inside the room next door.

They were rushed to the Prince Charles Hospital for treatment.

9News reported the teenagers were both intellectually handicapped and found in squalid conditions.

The spokesperson declined to comment on the state of the teenagers.

There is currently no investigation into their treatment. 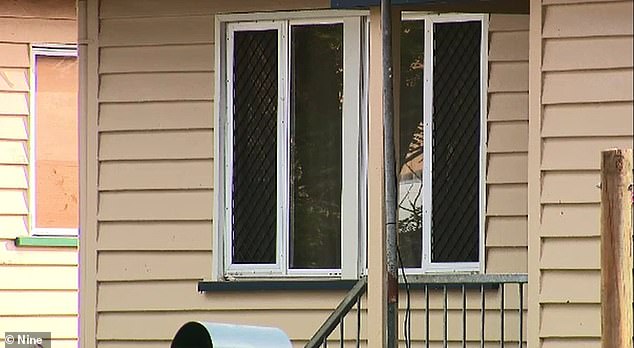