A car left abandoned in the parking building of Waikato Hospital went unnoticed for more than a year, racking up thousands of dollars in parking fees.

The green Honda located at the New Zealand medical facility is covered in grime and dust with messages scribed into its exterior like ‘clean me’, ‘hello’ and ‘fleet vehicle’.

The 1996 CR-V’s registration expired in February 2017 while the vehicle’s warrant of fitness hasn’t be valid for more than a year, Stuff reported.

Inside, a wheelchair lies folded in the boot and a black iPhone is tucked under the windscreen wipers next to a faded McDonald’s window sticker.

As it turns out, the car was reported as stolen and the owner had been paid out by their insurance company.

It now belongs to the insurer who are likely to sell the car after it is removed for the premises.

Director of property portfolio management Colin Hearnden​ said parking staff were alerted to the car a few days ago. 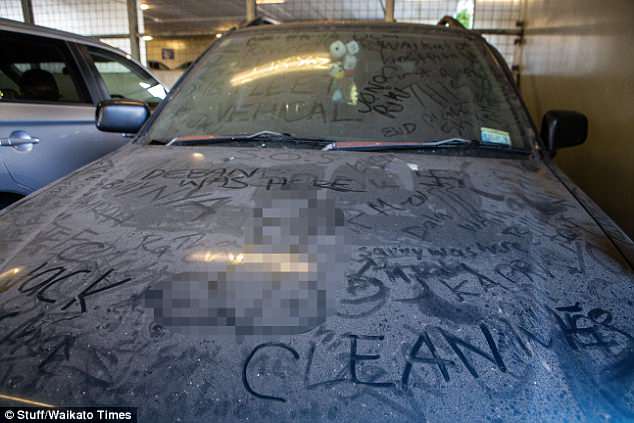 ‘It sounds strange, but if it’s an older person, they might be confused,’ he said.

‘It’s a genuine case where someone has literally completely forgotten that they’ve parked here, gone into the hospital, had something done, gone home and had no recollection of where they’ve left the car.’

Going forward, the parking staff will now do a weekly sweep of the car park to identify any cars that have been forgotten earlier. 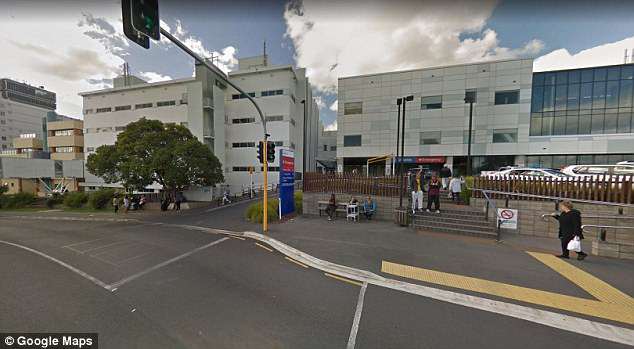