Mystery creatures with spikes wash up on Queensland beach

A swarm of mysterious spiked creatures have washed ashore on a north Queensland beach.

At least 12 of the spindle-shaped sea creatures were discovered at the popular Strand Beach in Townsville, near the Surf Lifesaving Club, theTownsville Bulletin reports.

The creatures, believed to be bristle worms, were last since in the area more than 40 years ago.

Beachgoers have been warned not to touch them because of their dangerous spines.

Part of the polychaete species,  the worms are covered in thick bristles that can easily break off in a person’s skin and are hard to remove.

Known to grow up to 20cm in length, they are easily distinguishable by their bright colourings and thick spikes.

Marine biologist Dr Adam Smith was the man who discovered the animals and called them ‘one of the most dangerous’ worms around.

‘I’m over 50 years old and I’ve never seen polychaete worms that big before,’ he said. 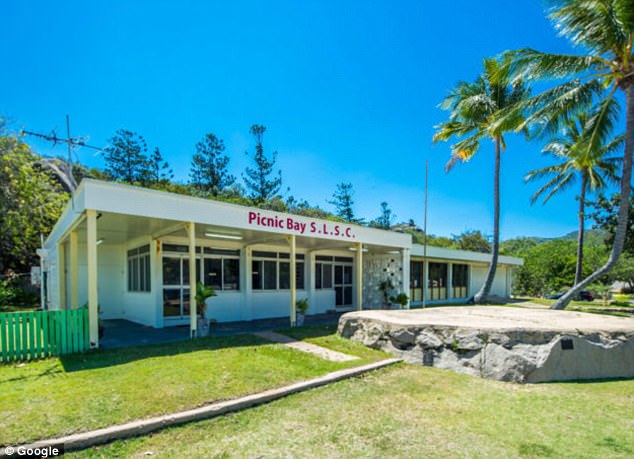 The animals pose a danger from their spines, which can break off in people’s skin and were found on a beach near the Townsville Picnic Bay Surf Lifesaving Club (pictured)

He and another woman scooped up some of the creatures to take to the Museum of Tropical Queensland for testing, with the scientist believing they were from the Cossura queenslandensis species, found only in Queensland.

Bristle worms are common in tropical oceans according to the Queensland Museum, but Dr Smith said no-one had spotted the animals there in more than 40 years.

‘It’s my understanding that no one has reported seeing one in Townsville since 1975, which is a long time between sightings,’ he said.

There are believed to be around 10,000 species of bristle worms, with the earliest known ones existing more than 500 million years ago.

The carnivorous creatures are often found on coral reefs and have even been known to eat whale bones.