By Brett Lackey and Zoe Zaczek For Daily Mail Australia

A mystery device that left almost 100 motorists unable to open their cars with keyless entry has been located.

The strange phenomenon has affected a section of the carpark at Lakeside Joondalup shopping centre in Perth since Tuesday.

Investigators from the Australian Media and Communications Authority attended the site on Friday to begin tracking where the signal jam was coming from.

On Saturday afternoon, Lakeside Joondalup centre manager Gemma Hannigan said the team was confident the signal was coming from inside a Chemist Warehouse store, although she could not confirm what the device was.

‘What I can confirm is we have isolated the matter to within the Chemist Warehouse tenancy,’ Ms Hannigan told the Sydney Morning Herald.

‘Today we’ve been working very closely with both ACMA and Chemist Warehouse to determine the source of the disruption.’

Investigators were seen on Saturday wandering the carpark with what appeared to be an electronic scanning device.

The fault is not being treated as suspicious but is believed to have been brought on by the interference of something as simple as an internet router. 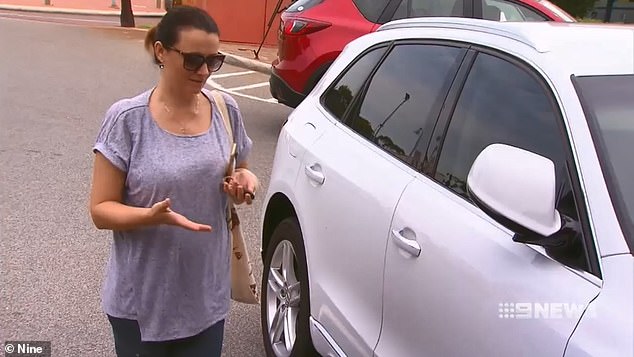 Ms Hannigan previously said a new device could have been installed in ‘close proximity to the car park which is causing this disruption’, Perth Now reported.

Compromised cars have responded differently to the fault, with some motorists unable to lock their car to begin with while others have been locked out or unable to start their engines.

‘I parked in this exact spot yesterday, went to lock my car, it wouldn’t lock so key-locked it,’ motorist Jade Kingston told Nine News.

‘Went to get the script, came back and it wouldn’t open again.’

The affected cars have parked in a 150-metre radius of the Chemist Warehouse.

Ultra Tune mechanics have helped a number of motorists attempt to get back into their vehicles but its proven to be a difficult task with uncontrollable alarms and the differing nature of each case. 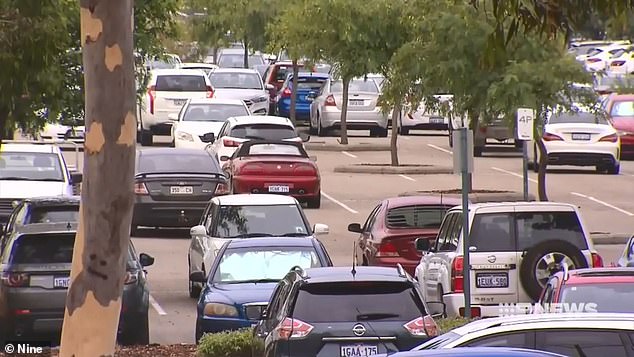 The bizarre drama has affected at least 80 cars in a small section of parking at Lakeside Joondalup shopping centre, Perth, since Tuesday 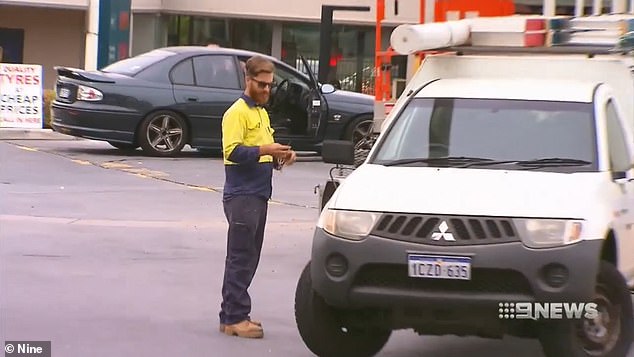 The shopping centre has also deployed security at the car park which was continuing on Saturday to assist shoppers.

‘We have recently received feedback from customers regarding issues concerned with vehicle remote access in a small section of the Centre’s carpark,’ the centre said on Friday.

‘WA Police have investigated, and have advised us that they don’t believe suspicious activity is involved.’ 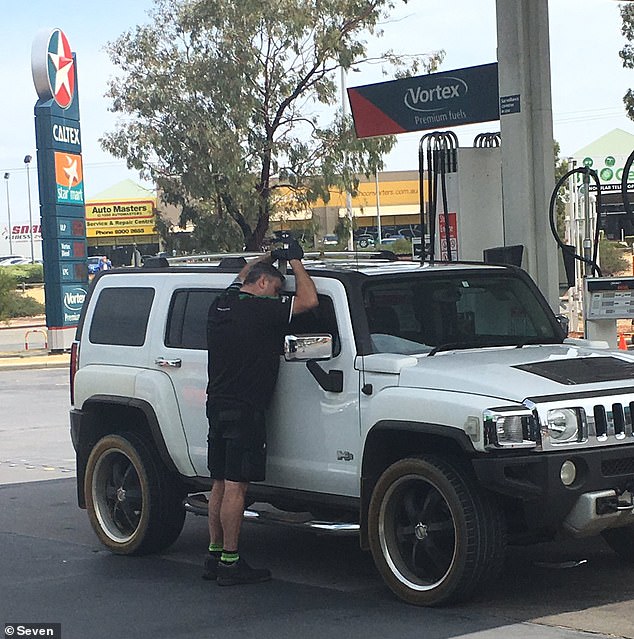 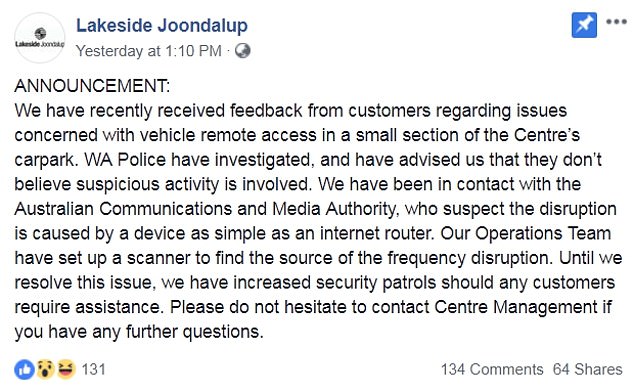 ‘Our Operations Team have set up a scanner to find the source of the frequency disruption.’

‘Until we resolve this issue, we have increased security patrols should any customers require assistance.’

The centre urges shoppers to contact centre management with any further questions.