Mystery surrounds the death of a California paratrooper who disappeared during a camping trip in North Carolina a week before part of his dismembered body washed up on a beach.

Specialist Enrique Roman-Martinez, 21, was camping with fellow paratroopers on an island at Cape Lookout National Seashore over Memorial Day weekend when his companions reported him missing.

The case was ruled a homicide the following week after his partial remains were found on the shore.

Nearly two months later Roman-Martinez’s family are still searching for answers as to what happened to the 21-year-old as several inconsistencies have emerged in the accounts offered by the paratroopers he was with.

‘Someone has to know something,’ the victim’s sister, Griselda Martinez, told the Fayetteville Observer.

Army Specialist Enrique Roman-Martinez, 21, disappeared during a camping trip with fellow soldiers on an island off the coast of North Carolina on May 22. The case was ruled a homicide a week later after part of his body washed up on the beach 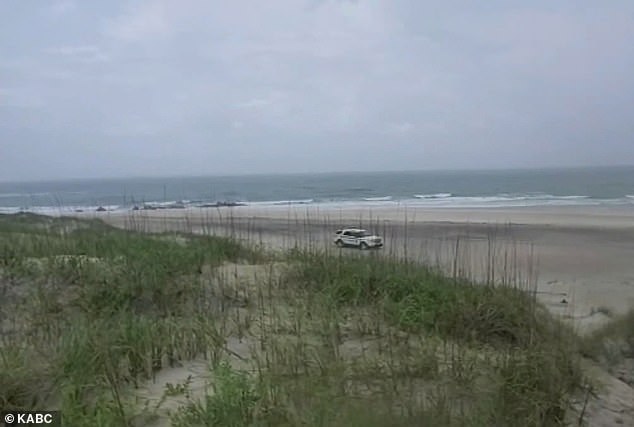 The soldiers Roman-Martinez was camping with said they last saw him at their campsite at Cape Lookout National Seashore (pictured) on the night of May 22. The soldiers said when they woke up the following morning they found that Roman-Martinez was gone but had left his cellphone, wallet, t-shirt and his glasses behind

His sister Martinez said she immediately knew something was wrong when she learned that her brother was missing and didn’t have his glasses with him – which he desperately needed to see.

The seven or so other soldiers Roman-Martinez was camping with told investigators that they last saw him just before midnight on May 22, and the next morning they realized that he had vanished without his cellphone, wallet, t-shirt or his glasses.

‘For them to say he left his glasses was a huge red flag,’ Martinez said. ‘My mother and I knew something was wrong.’ 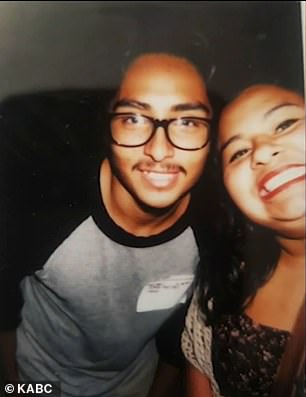 This week a 911 call emerged in which one of the soldiers informed a dispatcher that Roman-Martinez was missing at about 7.30pm on May 23.

‘When we woke up, he was not here and we’ve been looking for him all day,’ the unidentified caller said.

‘We were trying to find a Park Ranger or their offices, or anything, and so we went all the way to the ferry and found that we needed to dial 911.’

But the caller’s claims were brought into question after a Cape Lookout National Seashore spokesman, B.G. Horvat, revealed that Park Rangers had actually spoken with the campers earlier that afternoon – but they didn’t say anything about Roman-Martinez being missing.

Horvat said the Rangers approached the group and asked them to move their vehicles because they were parked too close to the sand dunes.

‘The Rangers moved on after hearing the group would comply … [and] did not make mention to the Rangers at this point that anyone was missing from their group,’ Horvat told Army Times.

‘You would have to ask members of the group why they didn’t report a missing person then.’ 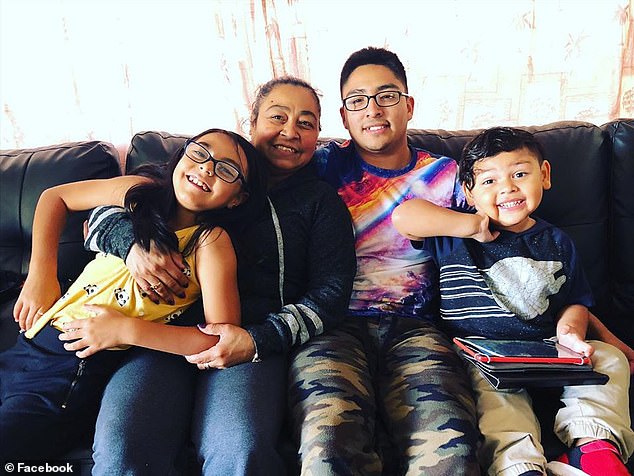 Roman-Martinez, a native of Chino, California, is pictured with his mother Maria and his niece and nephew last year

The 911 caller also told a dispatcher that their group was worried their friend ‘might’ve hurt himself’ because he had previously displayed ‘suicidal tendencies’.

That theory was dismissed as soon as Roman-Martinez’s partial remains were recovered and his death was ruled a homicide.

Martinez also rejected the suggestion that her brother was suicidal and questioned why his friends didn’t act faster if they truly believed he was.

‘If you believe your friend has suicidal tendencies, why would you let them walk off in the middle of the night with no belongings?’ she questioned in an interview with Army Times.

‘Why wouldn’t you, first thing in the morning, wake up and freak out … On top of that, why would you wait all day, until 7.30pm to report him missing?’

Army officials confirmed that they are still actively investigating Roman-Martinez’s murder but declined to comment on speculation about conflicts in the narrative put forth by his fellow soldiers.

Martinez said the officials have not offered the family much information, and that they’ve been told not to speak publicly about the case.

‘They’ve asked us not to say anything that might impede the investigation or keep them from arresting someone,’ she said.

Martinez said she believes there are people of interest in the case, but investigators haven’t found enough evidence to bring any charges.

‘That’s the whole problem,’ she said.

The Army put up a $25,000 reward for ‘credible information leading to the apprehension and conviction of’ whoever killed Roman-Martinez, but it’s unclear if it’s produced any useful leads. 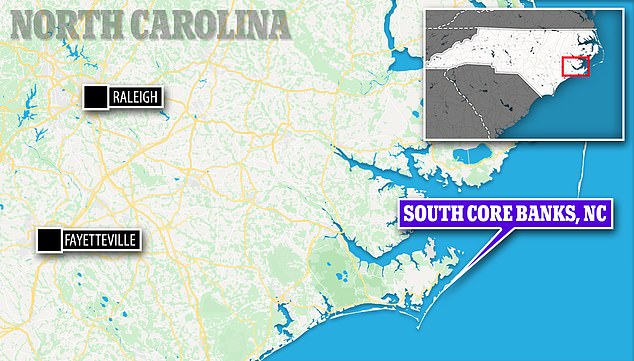 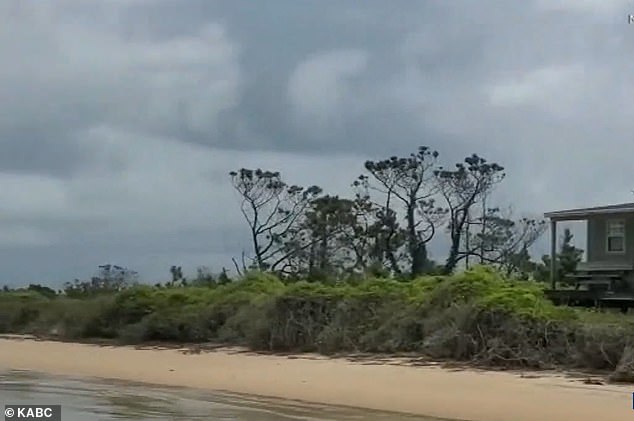 In the days after Roman-Martinez was reported missing, Martinez and her mother, Maria, flew to North Carolina to visit the campsite where he was last seen. Martinez said she was taken aback when she saw the landscape of the island, which is small and has few trees, making it difficult for someone to get lost

Michael Coleman, an Army veteran who served as chaplain for Roman-Martinez, said his ‘heart dropped’ when learned the soldier was missing.

‘My first inclination was, this is not good, this is not something he would do,’ Coleman told the Fayetteville Observer.

‘I felt like I knew early on that something bad had happened to him.’

Coleman said Roman-Martinez was ‘like a son to me’. He described how the soldier used to come over to his home for dinner and even went on a camping trip with his family.

Now Coleman is getting to know Roman-Martinez’s family under tragic circumstances as he tries to help them through the 21-year-old’s death.

He agreed that someone who was with Roman-Martinez on the island likely knows more than they’re saying.

‘I think something happened, something went wrong and it went downhill quickly,’ Coleman said.

‘Something happened to that kid. I don’t know what it is, but the truth has to come out. As a nation, we need to do right by this soldier.’ 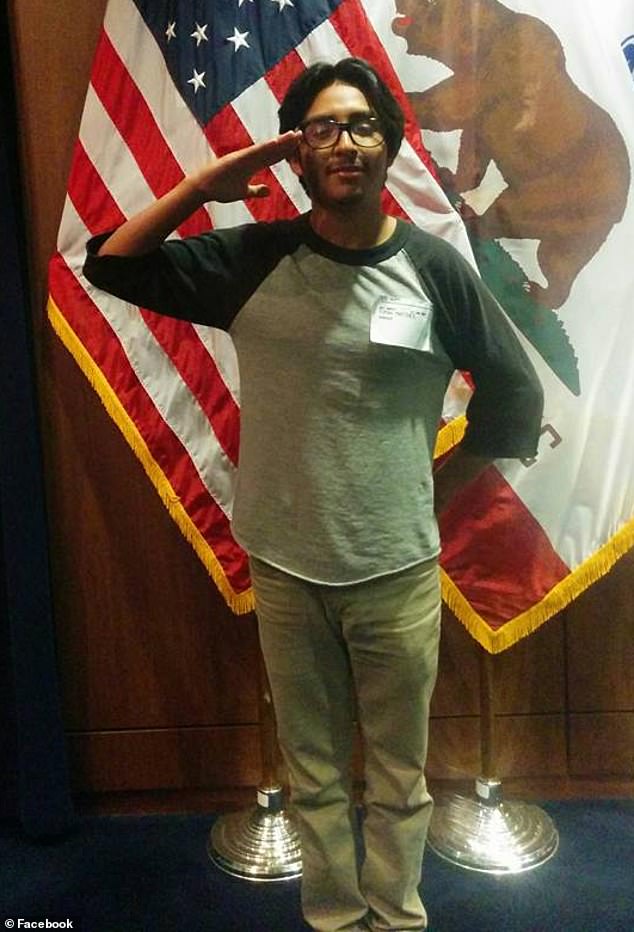 Martinez said her brother joined the Army when he was 17 as a way to pay for college, and because he thought it would teach him discipline and responsibility.

Martinez said her brother’s attitude toward the Army appeared to darken in the year before his death.

‘He started saying that he didn’t want to be there he just wanted to come home,’ she said.

But she said that he did not sound at all suicidal as they frequently talked about their plans for the future.

In the days after Roman-Martinez was reported missing, Martinez and her mother, Maria, flew to North Carolina to visit the campsite where he was last seen.

Martinez said she was taken aback when she saw the landscape of the island, which is small and has few trees, making it difficult for someone to get lost.

Now Martinez said her family lives in constant pain while they await an explanation on what happened to her brother.

‘My mom doesn’t sleep,’ she said. ‘She stays up all night thinking about what might have happened.’