Mystery woman in Royal Collection portrait is finally identified after 300 years as Mary Boleyn, who was King Henry VIII’s mistress before he fell for her little sister Anne

The mystery sitter for a Royal Collection portrait has been identified as Mary Boleyn, King Henry VIII’s mistress before her sister Anne became his wife.

Portrait of a Woman has been sitting in the Royal Collection for hundreds of years but the woman depicted in the painting had not previously been identified.

New research has shown that the painting is of Mary Boleyn, sister of King Henry’s second wife, Anne Boleyn, who was beheaded.

It has been identified as one of 14 ‘Beauties’ that decorated Queen Anne’s Bathing Room at Windsor Castle 300 years ago. 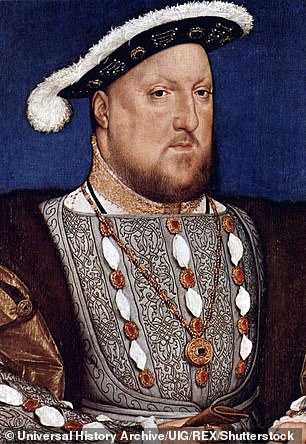 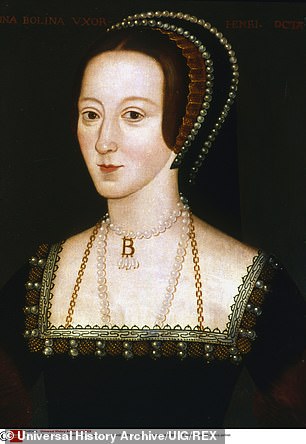 The picture was separated in the 19th century because it looked so different from the others, but has now been reunited with the original set

How is Mary Boleyn related to Queen Elizabeth II?

Names in bold highlight the lineage:

Researchers used dendrochronology tests, which date the paintings’s wood and determine its origin, to identify it as one of the original 14.

Desmond Shawe-Taylor, Surveyor of the Queen’s Pictures, said the The Jordaens Van Dyck Panel Paintings Project (JVDPPP) discovery was a ‘joy in heaven’.

He said: ‘It’s absolutely fascinating. We don’t have the resources to apply technical examination like dendrochronology to the whole collection, which is 7,000 paintings, so it’s wonderful to collaborate with the JVDPPP to help us in that way.

‘One of the things that I’m endlessly trying to do is to group the paintings properly to sort out their history and their relationship to each other.

‘When a stray is reunited with the family, there’s joy in heaven. It disproportionately increases the value and understanding of the whole group,’ he told The Sunday Telegraph.

While Portrait of a Woman was painted in the 17th century and has a similar frame to the other 13 paintings in the set, its mystery sitter was dressed in 16th century clothes, unlike the others which feature 17th century aristocrats.

The other paintings were most recently moved to Highgrove, The Prince of Wales’ residence, having previously been in Queen Victoria’s drawing room.

They are all thought to have been painted by Flemish artist Remigius van Leemput, who was a favourite of King Charles I.