Amelia Oxenford, 21, pictured, has been found guilty of assaulting boyfriend Alex Buttigieg with an empty wine bottle and broken glass

A young woman violently attacked her boyfriend with a wine bottle while naked during a furious row at a London hotel.

Amelia Oxenford, 21, had been out drinking all night with Alex Buttigieg before they went to the Ascot Hyde Park Hotel in Bayswater.

CCTV footage from the three-star hotel showed her ‘lunging at him’ while naked in the corridor, before throwing an empty wine bottle at him.

Oxenford, of Cambridgeshire, later smashed a glass in their room and cut him across the nose with a shard, while she also broke his spectacles during the fracas.

The pair had been together nine months before splitting up, only to reunite a month later.

But City of London Magistrates’ Court heard they argued because Oxenford had seen another man during their time apart, with the pair’s heated row eventually spilling into the corridor.

CCTV footage from the hotel – which had to be pixelated – showed her ‘lunging at him’ while naked in the corridor, while she also threw an empty wine bottle at him.

The pair ended up locked out of their room but continued to argue after getting back in with a spare key, leading to Oxenford attacking Mr Buttigieg with the broken glass.

When police arrived they saw Mr Buttigieg nursing a one-inch cut to his bleeding nose with a tissue, describing him as ‘shocked’ and ‘rambling’ as he unsuccessfully tried to stop the flow of blood.

Prosecutor Trevor Green said Oxenford’s relationship with the other man while the couple was apart was the catalyst for the brawl. 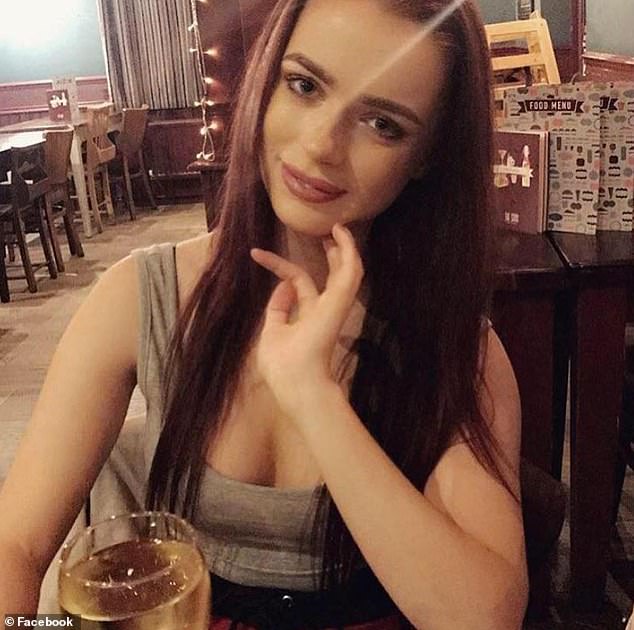 Oxenford, pictured, later slashed her boyfriend across the face with a broken glass as the row continued inside their room 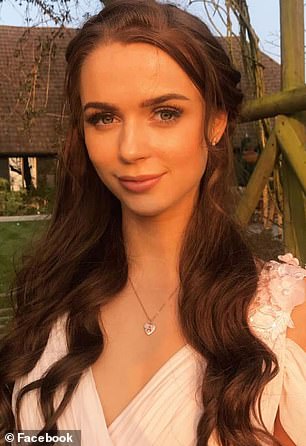 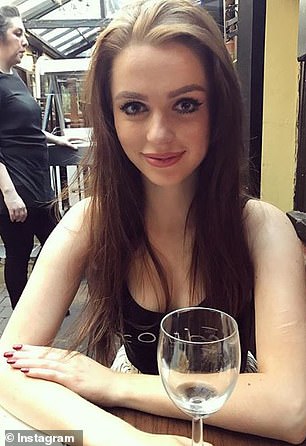 Oxenford, left and right, and Mr Buttigieg were even locked out of their room at one point during the row at the hotel 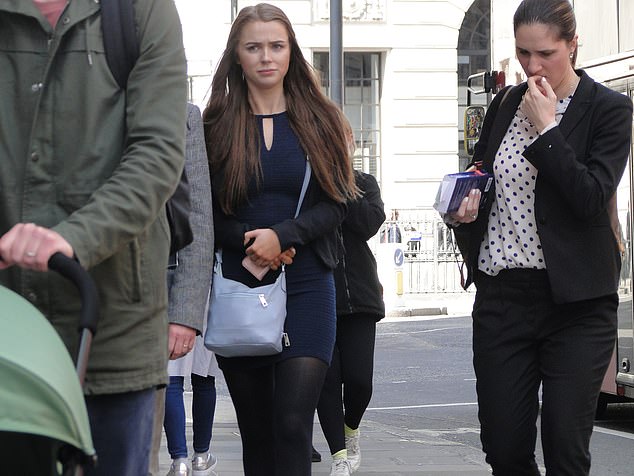 The 21-year-old, pictured centre outside court, will return on Thursday to learn her sentence 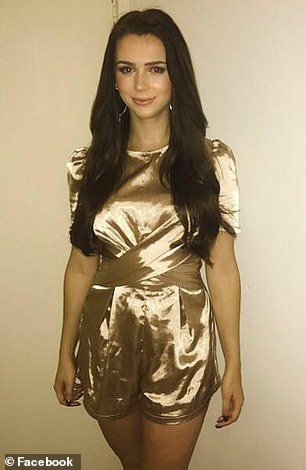 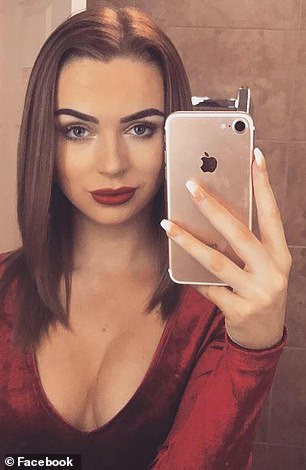 CCTV footage showing Oxenford, left and right, during the row had to be pixelated to spare her modesty

He said: ‘This resulted in Ms Oxenford pushing him into the corridor and on the CCTV she can ben seen naked and lunging at the victim.

‘He said she threw an empty bottle of wine at him and there was a brief tussle when she reached out for the spectacles on his face and one of the arms were snapped off.’

When police arrived they heard the former Bournemouth University student shouting inside the room that she was going to harm herself and jump out of the window and when the door was opened to officers she was only wearing a bra.

The court heard one officer said: ‘She was agitated, under the influence of alcohol, she was drunk. She was slurring her words and there was an overwhelming smell of alcohol on her breath.

‘He said she came at him, punching him and picked up the piece of glass and swiped it at him, causing the cut.’ 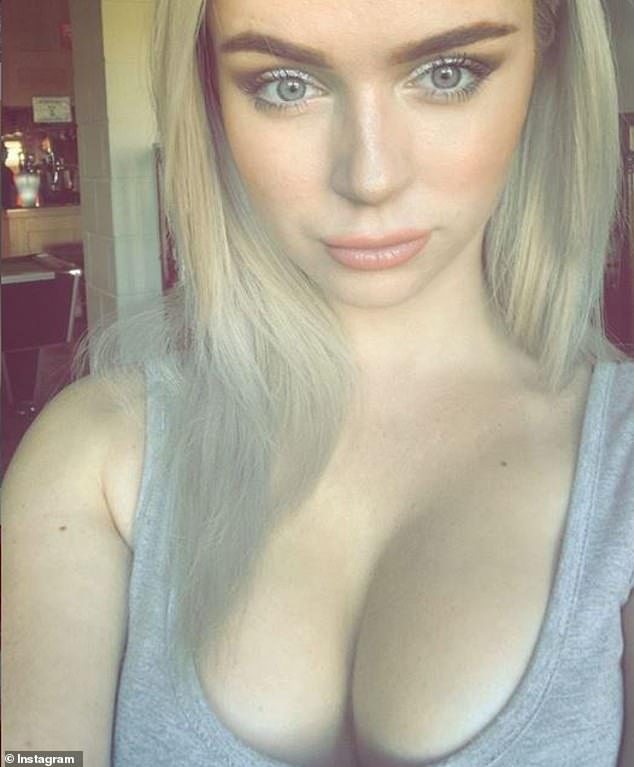 The court heard Oxenford, pictured, and her boyfriend had consumed two bottles of wine on the night of the row as well as cocktails 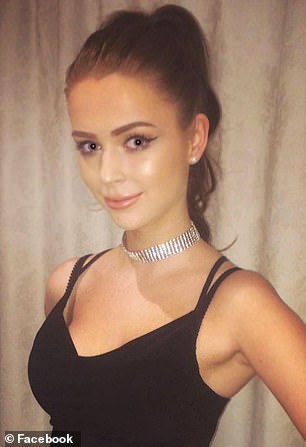 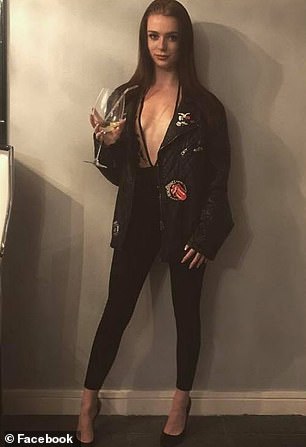 The former Bournemouth University student, pictured left and right, told the court she was a ‘good citizen’ and had never committed a crime 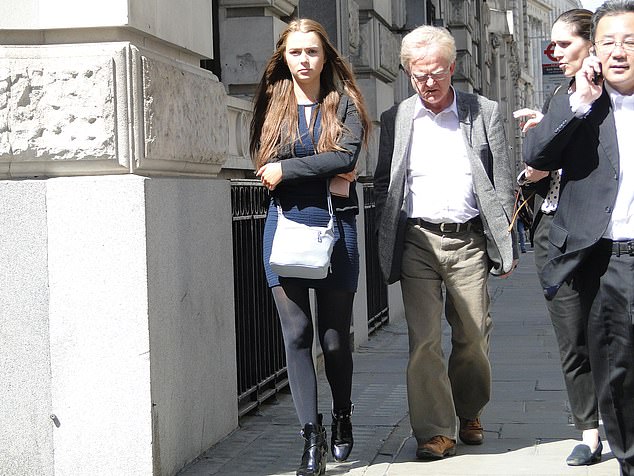 The 21-year-old, centre, rowed with Mr Buttigieg because she saw another man while they had split up for a month. She told the court her boyfriend had been ‘aggressive’ and believed she was ‘defending herself’ 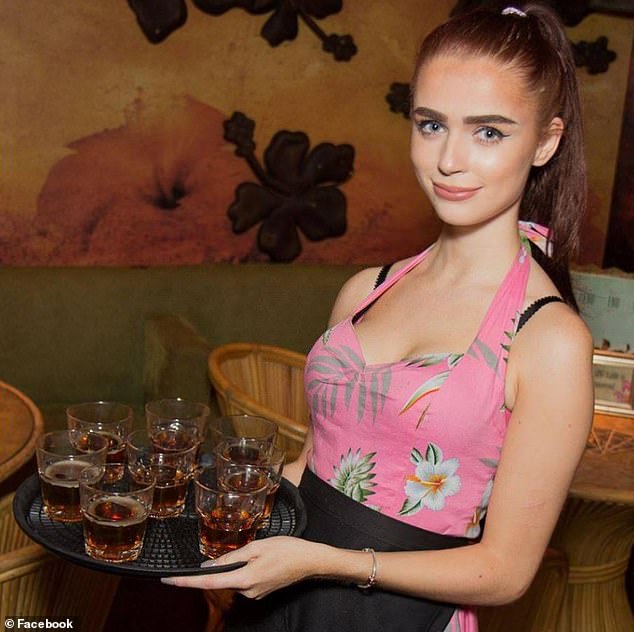 Police said Oxenford, pictured, was ‘agitated’ and there was an ‘overwhelming smell of alcohol on her breath’ when they arrived 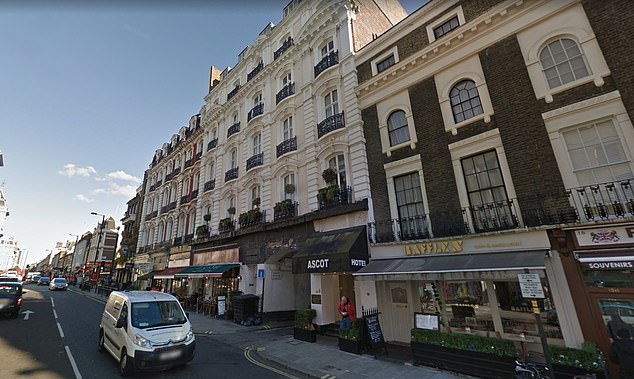 The row took place at the Ascot Hyde Park Hotel in Bayswater, pictured centre, in January

Oxenford, who works at a veterinary centre, told the court the couple began drinking early and had a bottle of wine during the train journey to London and another during dinner, while she had four more cocktails that night.

She said: ‘I can’t remember a lot of what happened, but I do remember Alex shouting at me and pinning me down to the bed.

‘I was terrified and vulnerable and he was very aggressive.

‘I have a good job and work hard and like to think I’m a good citizen. I’ve never committed a crime.

‘I felt like I was defending myself in all honesty and felt he did hit me as well.’

Oxenford, of Royston, Cambridgeshire was convicted of assaulting Mr Buttigieg on January 16 and causing £300 worth of criminal damage to his spectacles.

She was bailed for sentencing on May 2. 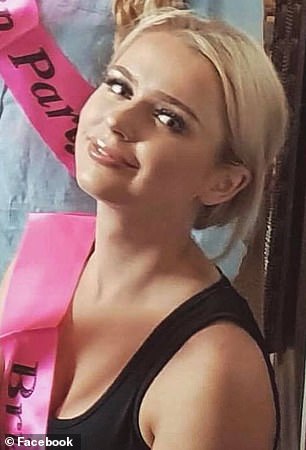 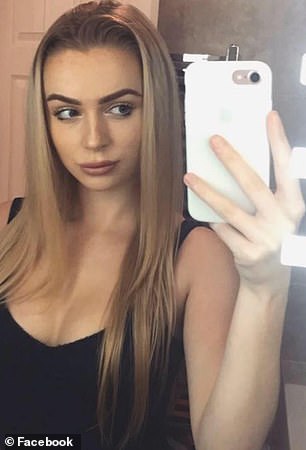 Oxenford, of Royston, Cambridgeshire, was convicted of assault and criminal damage after breaking her boyfriend’s spectacles during the attack 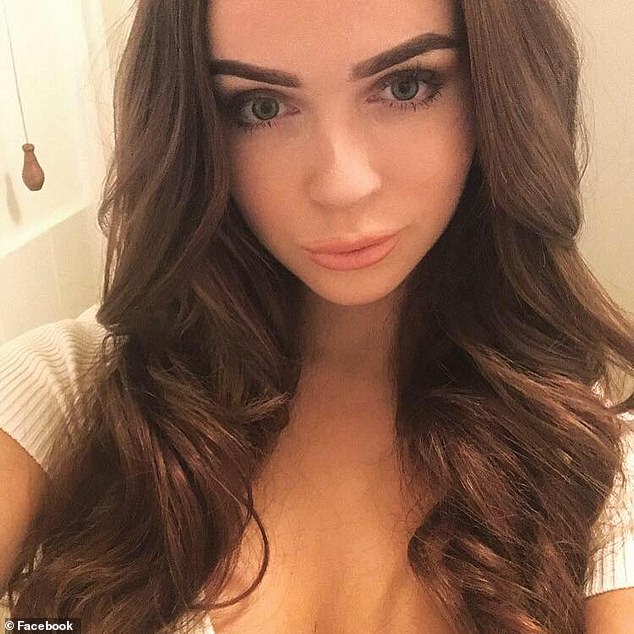 Oxenford, pictured, told the court she ‘could not remember’ much of the night in question but had been ‘pinned down’ by Mr Buttigieg