Terrified passengers screamed out in shock after a half-naked man tried to smash his way onto a bus using a road sign.

Zivile Useckaite, who lives in Adelaide, captured the horrifying moment on the commute between Glenelg and Flinders on Thursday morning.

The bus had come to a stop outside a primary school when the man approached wearing just his underpants.

He then uses a road sign to smash through the front window of the bus with passengers trapped inside.

‘Oh no,’ a woman is hearing wailing.

‘Someone needs to call the police, we’re in danger.

The camera then moves shakily around the bus as a passenger scream ‘Get down, just get down.’

The screams and heavy breathing continue while shattered glass flies onto the floor of the bus.

The driver can be heard calmly radioing for assistance before starting the engine and driving away.

A 37-year-old man was arrested over the incident and taken to Flinders Medical Centre for a mental health assessment.

Police attended the scene after receiving reports of a man running in and out of traffic and damaging vehicles at the intersection of Diagnogal and Brighton roads just after 7.30am. 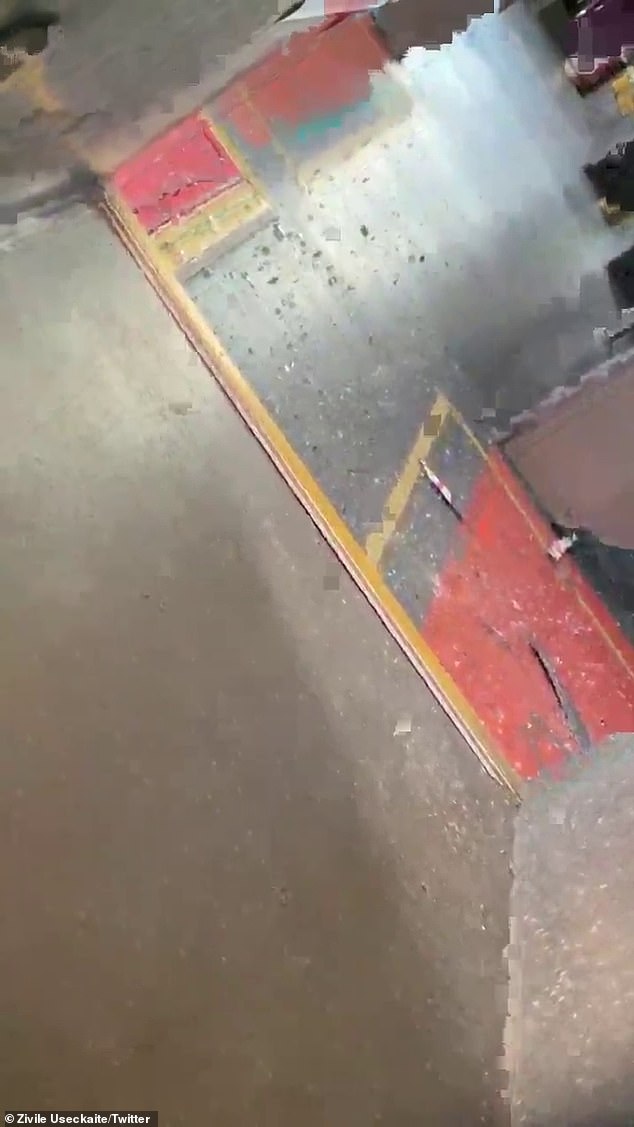