A beauty queen from Namibia has become an overnight sensation thanks to her uncanny resemblance to Rachel McAdams’ character in Mean Girls.

Clarisse Muller, 16, has been hailed the real-life Regina George after a photo of her looking nearly identical to leader of ‘The Plastics’ went viral, causing plenty of confusion for fans of the 2004 film.

Afterbreak Magazine had interviewed the teen after she was named the first runner up in the 2018 Miss Teen Namibia pageant, but it was her picture—not the profile—that ended up causing an uproar online. 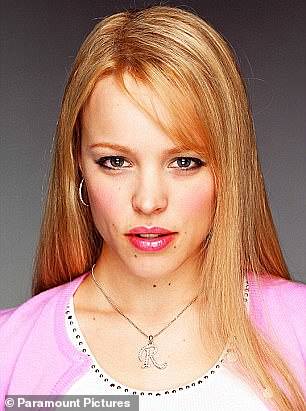 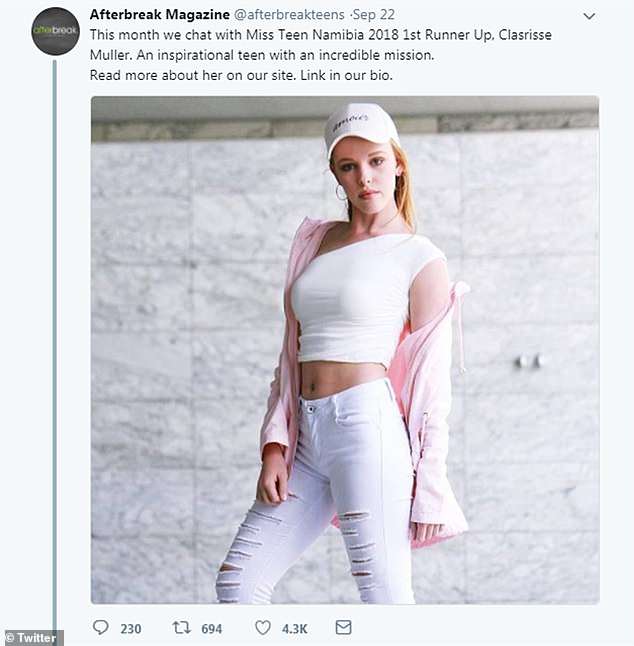 Famous face: Afterbreak Magazine’s photo of the Namibian beauty queens went viral thanks to her uncanny resemblance to Regina George

When the outlet tweeted a photo of Clarisse last weekend, people were convinced that it was actually a picture of Rachel playing Regina.

In the image, Clarisse is giving the camera a penetrating gaze while striking the perfect Regina George pose.

She is wearing an open pink full-zip sweatshirt over a white crop top and ripped white jeans as well as a white baseball cap and hoop earrings.

With her heart-shaped face and big hazel eyes, Clarisse is the spitting image of Rachel in the movie.

‘Oh my God,’ one person commented. ‘I thought it was Regina George from Mean Girls before I read the caption.’ 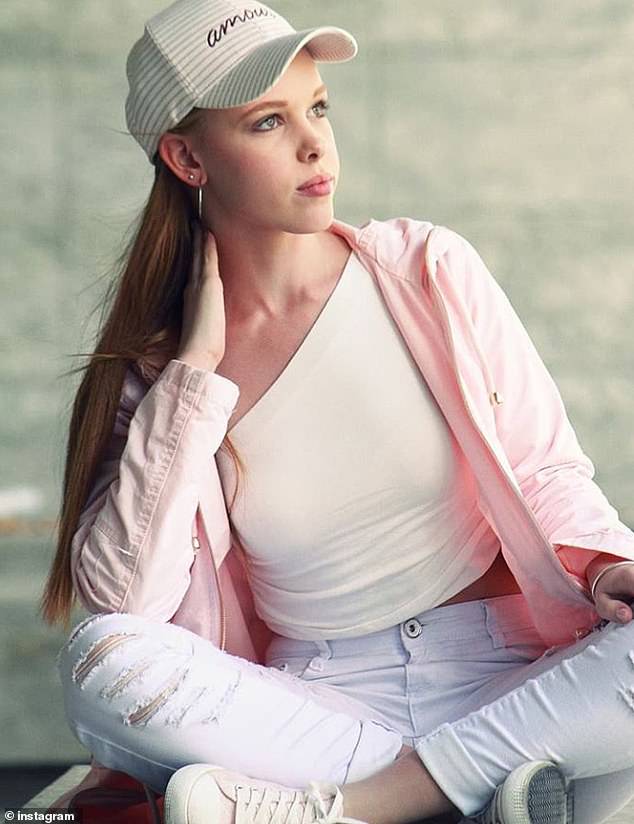 Resemblance: With her heart-shaped face and big hazel eyes, Clarisse is the spitting image of a young Rachel McAdams 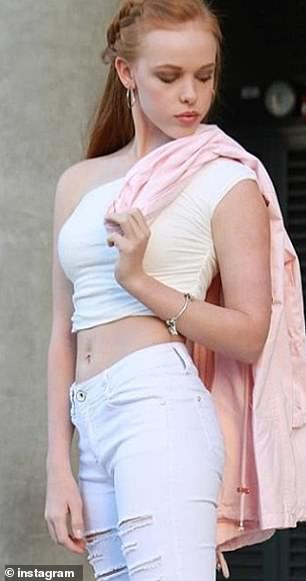 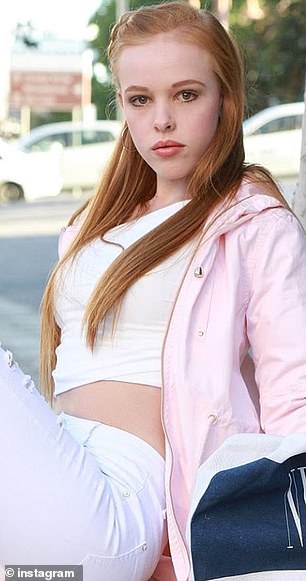 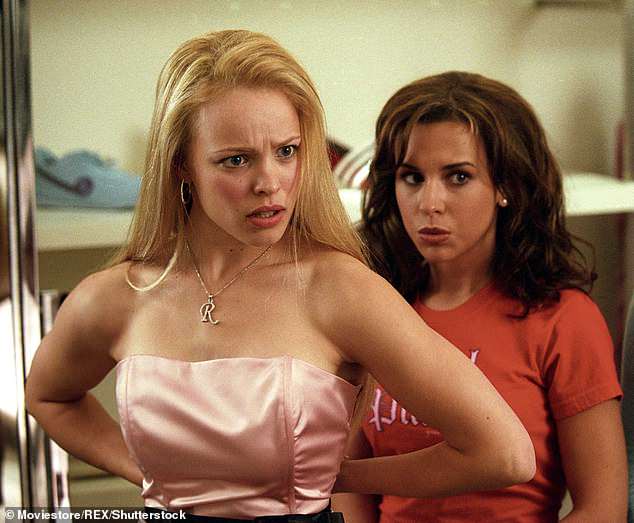 Coincidence? Both Clarisse and Regina seem to like the color pink

Lookalikes: Twitter users were convinced that it was Regina George in the picture 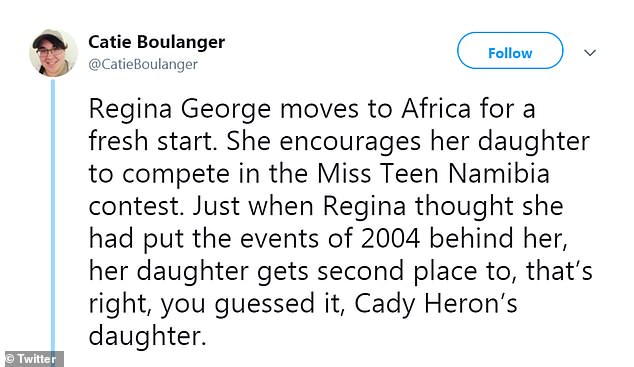 ‘I zoomed ALLLL the way on the face. That’s Regina George idgaf what you tell me,’ someone else added.

The response was so overwhelming that Afterbreak Magazine shared other pictures of Clarisse to reassure readers that the original tweet featuring her photo wasn’t a joke.

The images show that Clarisse’s hair is actually a light copper, not blonde like Regina George’s.

‘She’s a teenage from a country called Namibia in Southern Africa,’ the outlet explained. ‘This is not Rachel McAdams better known as Regina George from Mean Girls.’

‘Regina George’s back healed so fast glad to see she’s living life,’ one person wrote, referring to the character getting hit by a bus at the end of the movie. Seriously: The response was so overwhelming that Afterbreak Magazine shared other pictures of Clarisse to reassure readers that the original tweet featuring her photo wasn’t a joke 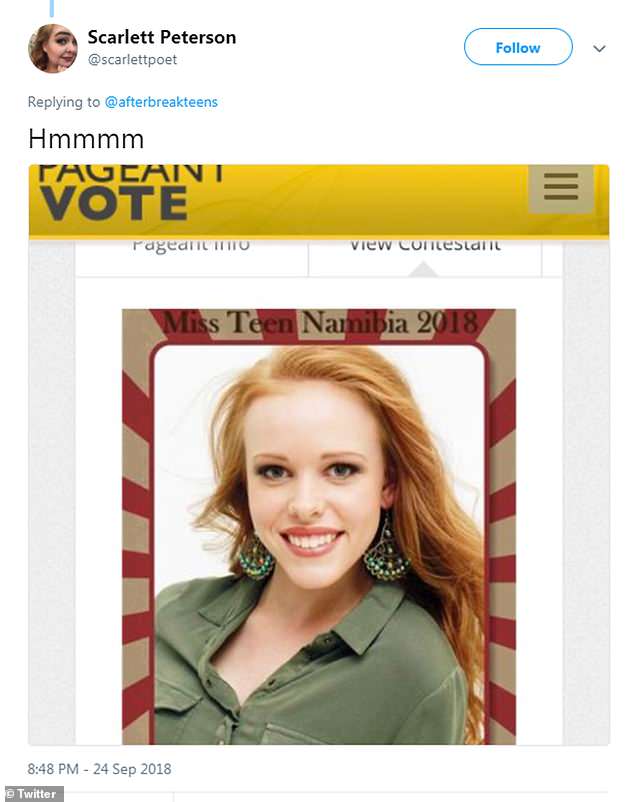 From beauty queen to queen bee! Clarisse was the first runner up in the 2018 Miss Teen Namibia pageant 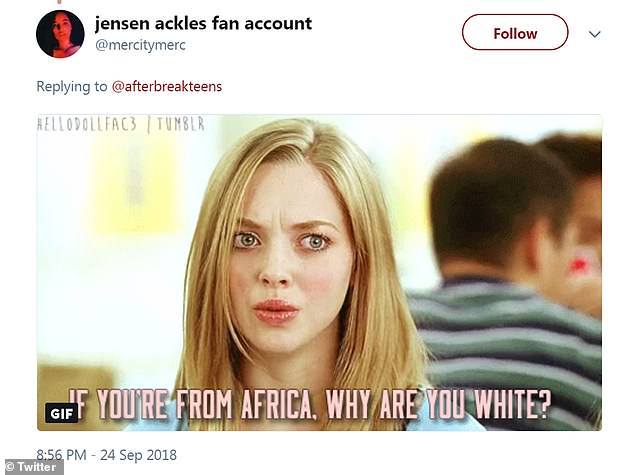 Famous scenes: The commented section was filled with memes from the film 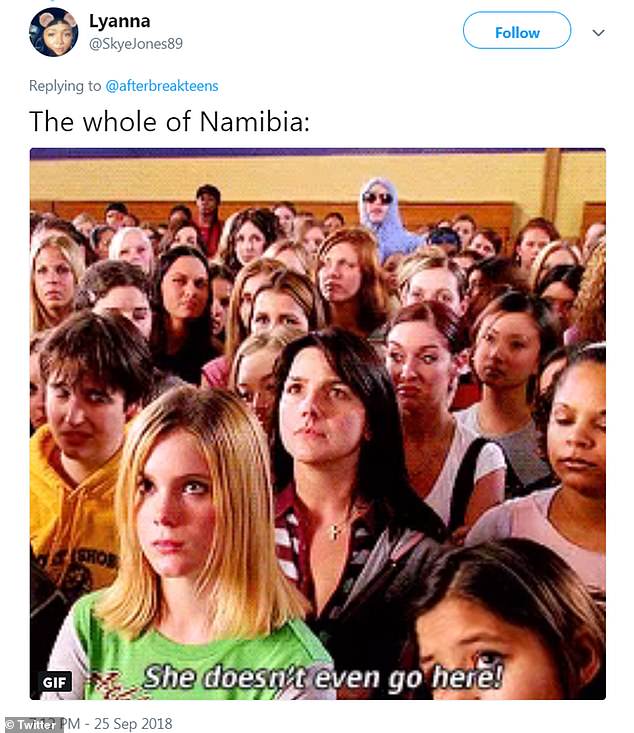 Not having it: One guy tried to put an end to the conversation by arguing ‘Regina George isn’t African’ 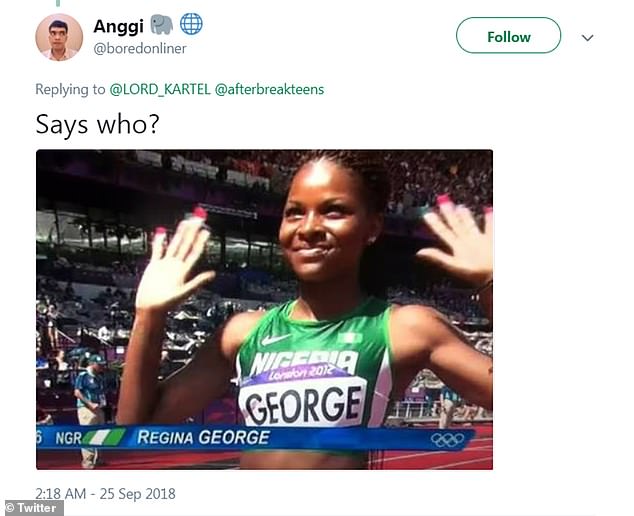 Last laugh: someone shut him down by sharing a picture of Nigerien runner Regina George

Other people couldn’t get over the fact that the Regina George doppelgänger is from Namibia when it was Lindsay Lohan’s character, Cady Heron, who grew up in Africa.

A Twitter user named Rosie guessed Cady had ‘hyped Africa enough’ that Regina moved there, while Catie Boulanger came up with a wild theory that could easily pass for a plot line in a potential film sequel.

‘Regina George moves to Africa for a fresh start,’ she wrote. ‘She encourages her daughter to compete in the Miss Teen Namibia contest.

‘Just when Regina thought she had put the events of 2004 behind her, her daughter gets second place to, that’s right, you guessed it, Cady Heron’s daughter.’

The commented section was filled with memes of Amanda Seyfried’s character, Karen Smith, asking Cady: ‘If you’re from Africa, why are you white?’ 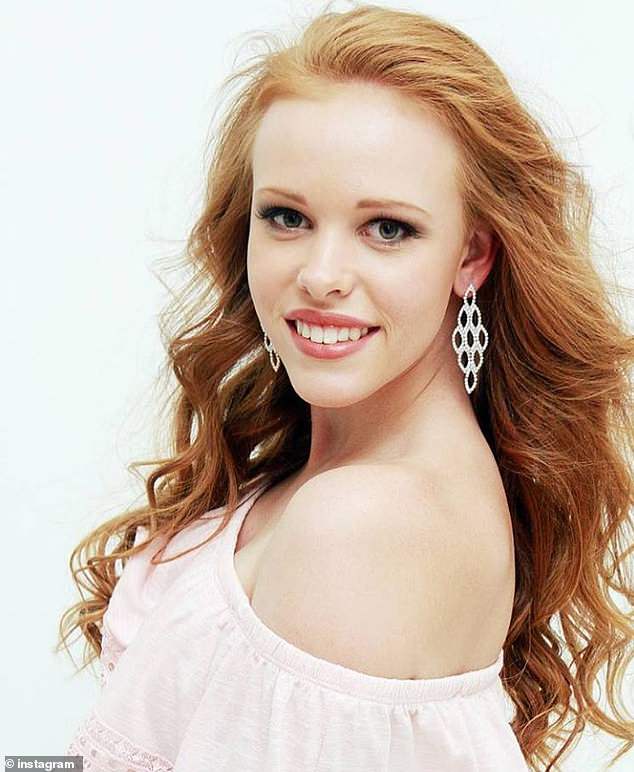 Minor difference: Despite their resemblance, Clarisee’s hair is a light copper, not blonde like Regina George’s 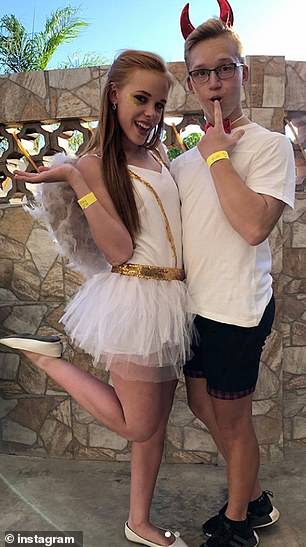 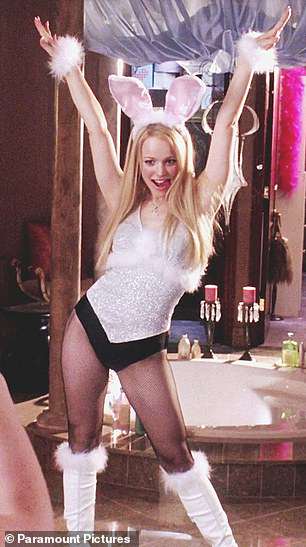 Costume lovers: The teen opted to dress up like an angel earlier this year, while Regina is known for her sexy bunny costume 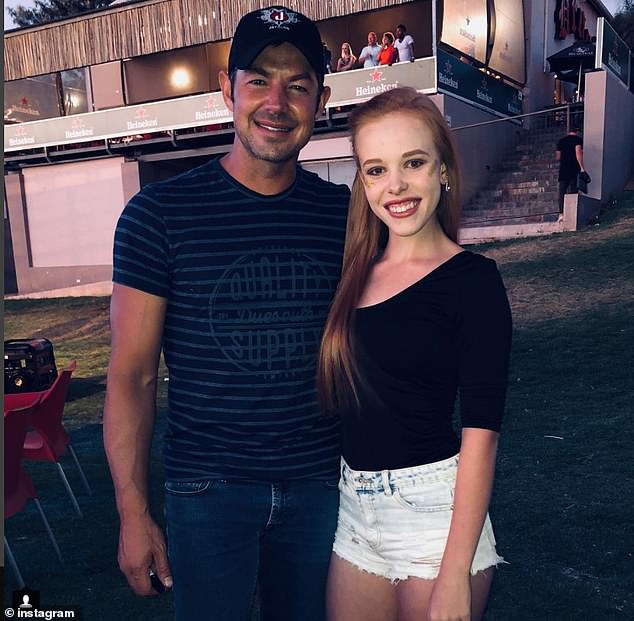 Crazy: It seems the interest in Clarisse ended up crashing Afterbreak Magazine’s website

One guy tried to put an end to the conversation by tweeting: ‘Regina George isn’t African, y’all need to stop.’

However, someone shut him down by sharing a picture of Nigerien runner Regina George, asking: ‘Says who?’

It seems the interest in Clarisse ended up crashing Afterbreak Magazine’s website.

‘Due to the attention and engagement we have received on Twitter leading us to thousands of hits on our website, it has crashed,’ the outlet tweeted on Wednesday.

‘We are resolving this issue as quickly as we can. Thanks you for your patience.’

And while Clarisse has gotten plenty of attention because of the picture, she isn’t the only one who has found online fame because of her resemblance to the queen bee.

April Turner, a teen from California, caused a frenzy on Twitter last year with her senior portrait in which she looks startlingly similar to a certain Mean Girl.