It’s not the White House, but the NBA’s Golden State Warriors may get a chance to visit the ‘people’s house’ – as House Minority Leader Nancy Pelosi poked at the Trump spat renewed her invitation for the team to tour Congress.

The then included a June letter inviting the team to Congress – under flexible terms.

‘In celebration of your victory, we would be delighted to welcome you publicly as a team or personally as families to the United States Capitol. Please consider this as a blanket invitation whenever your individual schedules allow,’ Pelosi wrote along with California Rep. Barbara Lee. The letter was addressed to Warriors coach Steve Kerr.

‘We look forward to honoring your championship in the heart of democracy,’ they wrote at the time.

The building is open to the public, and anyone can score a tour by asking their member of Congress. A White House tour is harder to get, but tickets can still be had by asking lawmakers’ offices for them.

On Saturday morning, Trump had lashed out at Golden State Warriors star Curry, who had said the day before that he didn’t want to go to the White House to celebrate his team’s championship win. 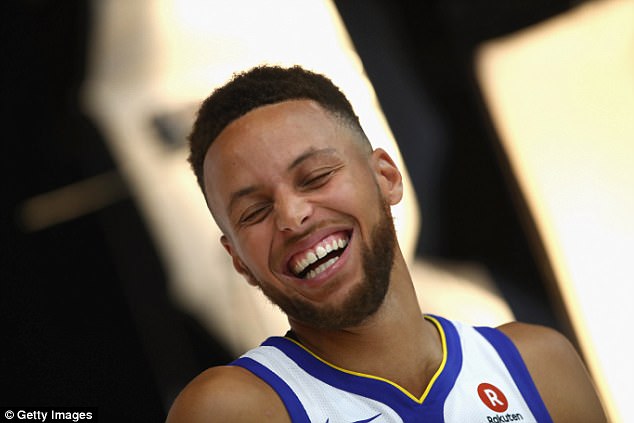 Stephen Curry #30 of the Golden State Warriors laughs during a photo shoot during the Golden States Warriors media day at Rakuten Performance Center on September 22, 2017 in Oakland, California. Pelosi re-upped an invitation to the Capitol 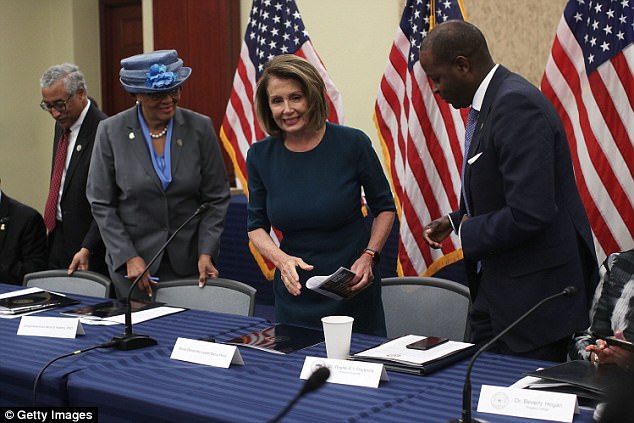 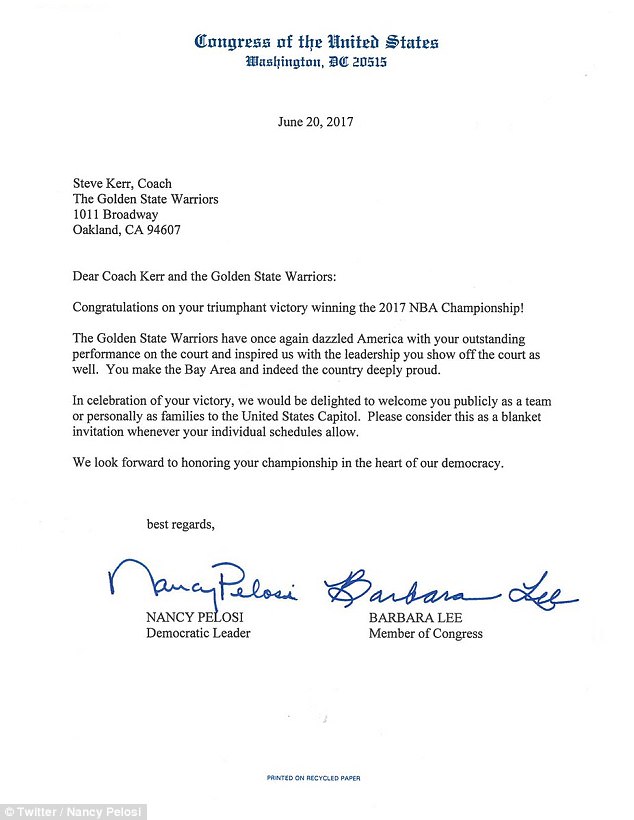 The Warriors point guard said he and his teammates could ‘inspire some change’ by refusing the president’s invite.

‘Going to the White House is considered a great honor for a championship team,’ Trump wrote Saturday morning. ‘Stephen Curry is hesitating, therefore invitation is withdrawn!’

The pushback from Trump coincided with his war with the NFL.

On Friday night, at an Albama rally for failed candidate GOP Sen. Luther Strange, Trump said it would be great if an NFL owner responded to a player protesting by saying, ‘Get that son of a b***h off the field right now, out, he’s fired. He’s fired!’ 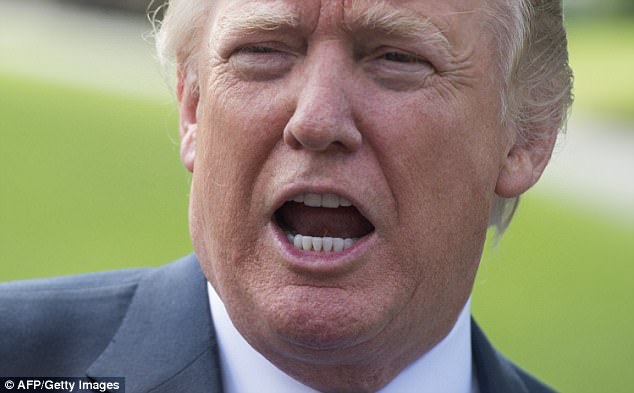 President Donald Trump warned National Football League owners that their business will ‘go to hell’ if they don’t listen to his demand for a ban on protests during pre-game playing of the National Anthem. 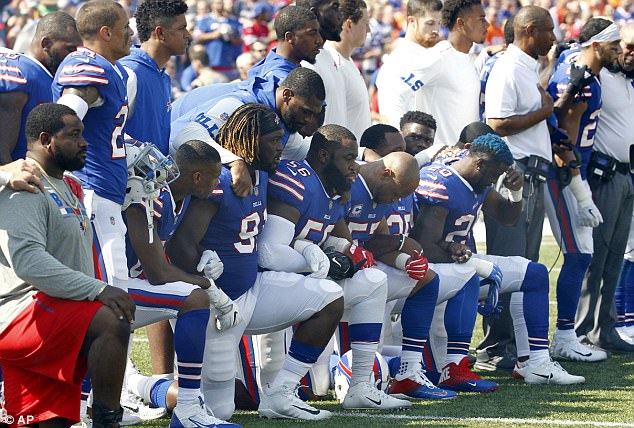 So began a days-long war on Twitter and the airwaves.

Trump predicted on Wednesday that the National Football League will ‘go to hell’ if they don’t listen to his demand for a ban on protests during pre-game playing of the National Anthem.

That pronouncement followed a stinging rebuke of the league Tuesday night during a Republican Party fundraising dinner in New York, where he blasted NFL executives for picking and choosing what kind of social-awareness campaigns are allowed on the field.

‘They have a rule, you can’t dance in the end zone, you can’t wear pink socks – one guy’s mother had breast cancer and they wouldn’t let him – you can’t do anything,’ he carped, according to a report in Politico.

‘But you’re allowed to sit down for the National Anthem!’