World No 1 Naomi Osaka crashed out of the Dubai Duty Free Tennis Championships after losing in straight sets to France’s Kristina Mladenovic.

Osaka, who announced a surprise split from her coach Sascha Bajin, earlier this month, was beaten 6-3, 6-3 in the second round, having received a first-round bye as the top seed.

The 21-year-old, who won the Australian Open last month and the US Open last year, gave no reasons for ending her successful partnership with Bajin. 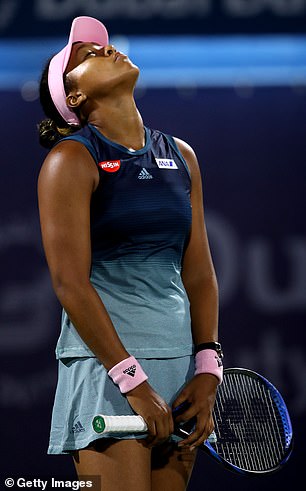 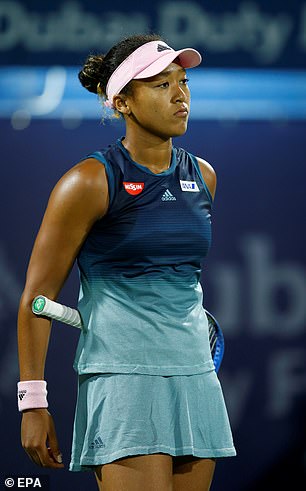 Osaka enjoyed a remarkable rise up the world rankings after first linking up with Bajin in the 2017 off-season.

The Japanese player climbed from 72nd to reach the top five during the course of 2018, when she won her first grand slam title, and then hit top spot after her success in Melbourne.

Bajin, who has previously worked as hitting partner for Serena Williams, Caroline Wozniacki, Sloane Stephens and Victoria Azarenka, was named WTA coach of the year in 2018. 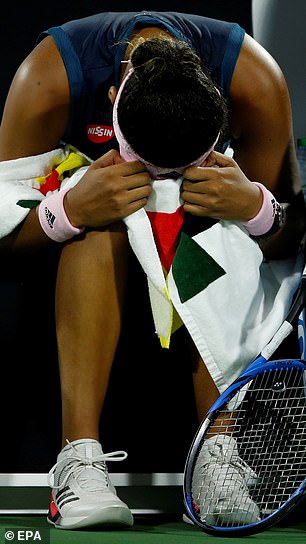 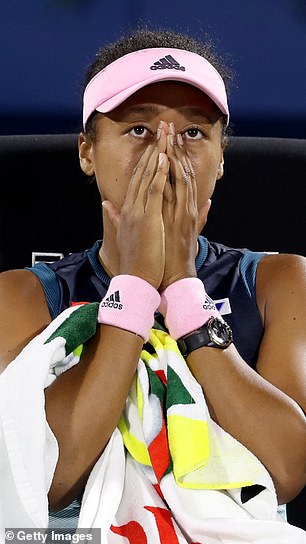 Rarely one to hide her emotions, Osaka was distraught at her performance in the tournament

He responded to Osaka’s tweet announcing the split by replying: ‘Thank you Naomi I wish you nothing but the best as well. What a ride that was. Thank you for letting me be part of this.’

Victory over Osaka represented the first time Mladenovic overcame a No 1 seed and she will now  face former Qatar champion Carla Suarez Navarro for a spot in the Dubai quarter-finals.

The Spaniard edged past Zhang Shuai 6-4, 6-4 earlier in the day to advance to the last-eight. 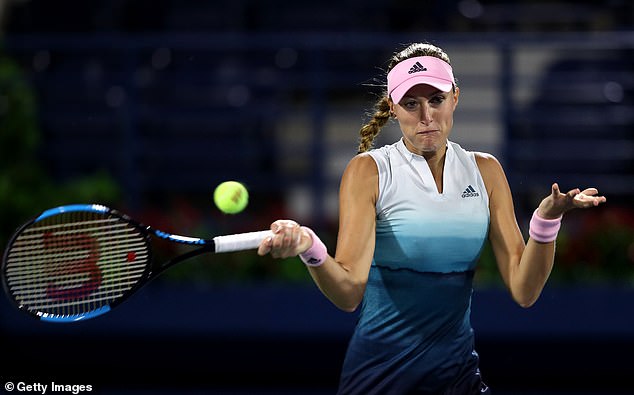