Naomi Osaka reveals struggles with self-criticism ahead of US Open

Naomi Osaka has opened up about how her ‘extremely self-deprecating’ personality has affected her over the years while vowing to celebrate herself and her many accomplishments ahead of the US Open.

The Japanese tennis star, 23, took to Instagram on Sunday — the day before the tournament — to share an emotional statement about changing her mindset after a three-year battle with anxiety and depression that followed her 2018 US Open win over Serena Williams.

Osaka recently suffered a disappointing third-round loss at the Tokyo Olympics, her first international competition since she dropped out of both the French Open and Wimbledon earlier this year to focus on her mental health.

‘I’ve been reflecting over this past year. So grateful for the people around me because the support I feel is completely unparalleled,’ she wrote. ‘Recently I’ve asked myself why do I feel the way I do, and I realize one of the reasons is because internally I think I’m never good enough.’

Raw: Naomi Osaka (pictured practicing ahead of the US Open) shared an emotional statement on Sunday about changing her mindset after a three-year battle with anxiety and depression 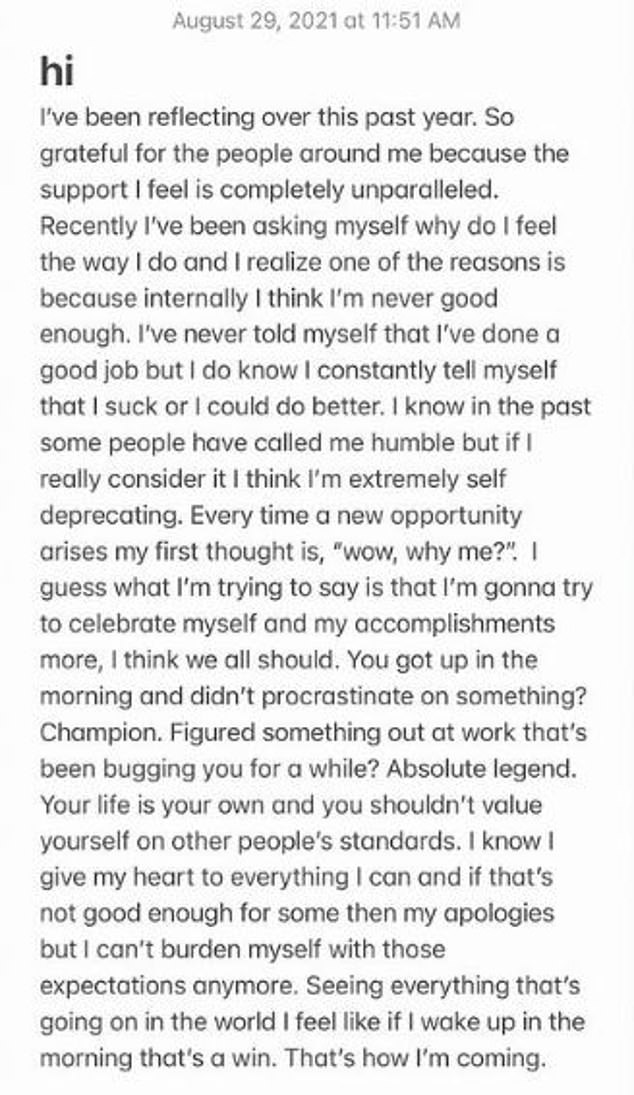 Hard to handle: The 23-year-old Japanese tennis star explained that she has an ‘extremely self-deprecating’ personality and will often tell herself ‘I suck’ or ‘I could do better’

The four-time grand slam champion admitted that she has never congratulated herself for doing ‘a good job.’ Instead, she tells herself ‘I suck’ or ‘I could do better.’

‘I know in the past some people have called me humble, but if I really consider it, I think I’m extremely self-deprecating,’ she explained. ‘Every time a new opportunity arises my first thought is, “Wow, why me?”

‘I guess what I’m trying to say is that I’m gonna try to celebrate myself and my accomplishments more, I think we all should.’

Osaka went on to point out that people should focus on their accomplishments throughout the day, no matter how little they may seem.

‘You got up in the morning and didn’t procrastinate on something? Champion. Figured something out at work that’s been bugging you for a while? Absolute legend,’ she wrote.

‘Your life is your own and you shouldn’t value yourself on other people’s standards. 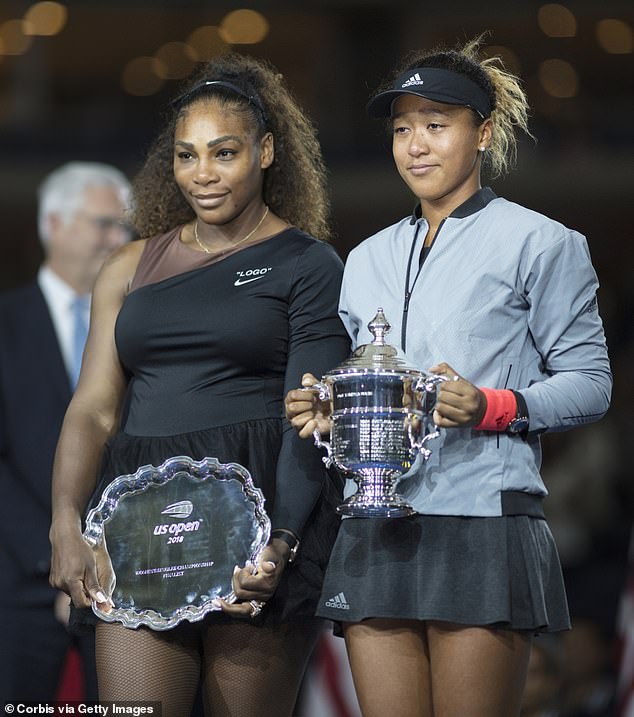 In the spotlight: Osaka revealed that she has struggled with bouts of depression and anxiety since she defeated Serena Williams at the US Open in 2018 (pictured) 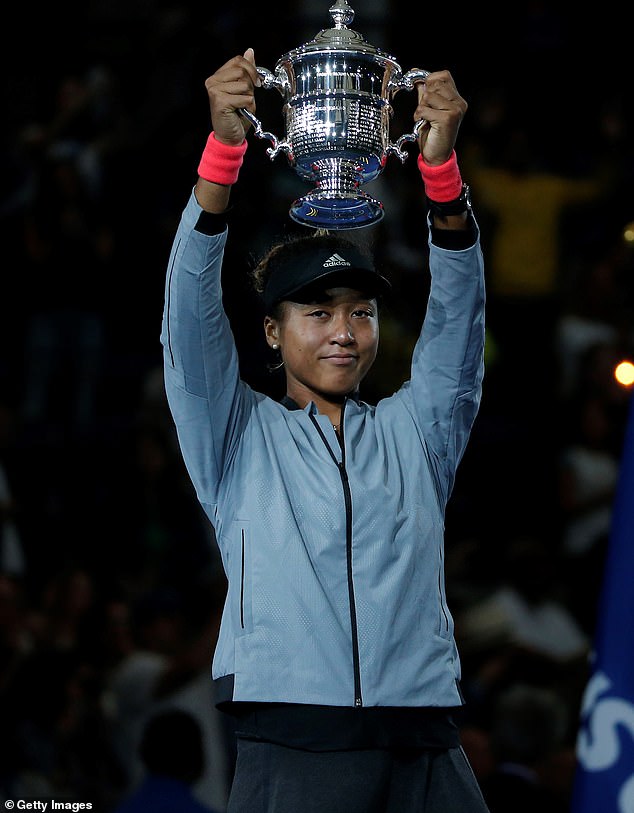 Stressful: Osaka won the match 6-2, 6-4, but her victory was overshadowed by the controversy that erupted over Williams’s on-court arguments with chair umpire Carlos Ramos of Portugal

‘I know I give my heart to everything I can and if that’s not good enough for some, then my apologies, but I can’t burden myself with those expectations anymore,’ she added.

‘Seeing everything that’s on in the world I feel like if I wake up in the morning that’s a win. That’s how I’m coming.’

In late May, Osaka withdrew from the French Open following uproar over her decision not to participate in a press conference, with the tennis pro later citing her mental health struggles as the reason behind her refusal to do any media.

The tennis champ, who was fined $15,000 for not fulfilling her media duties at the Roland Garros, revealed she has ‘suffered long bouts of depression’ since she beat Williams in the US Open in 2018.

She won the match 6-2, 6-4, but her victory was overshadowed by the controversy that erupted over Williams’s on-court arguments with chair umpire Carlos Ramos of Portugal, who issued her with a string of fines. 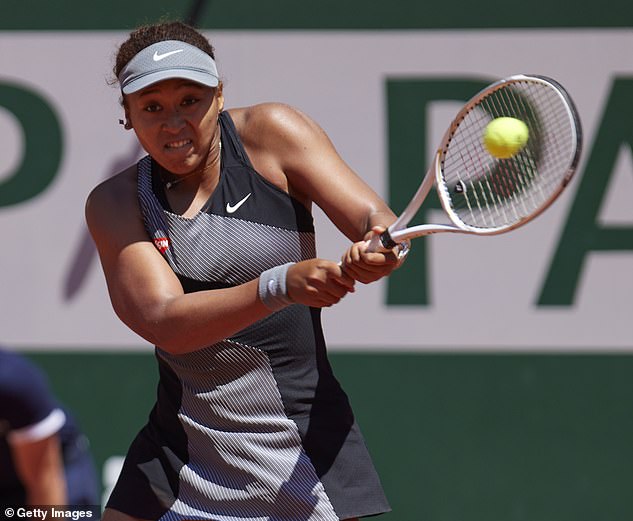 Can’t do it: In late May, Osaka withdrew from the French Open (pictured) following an uproar over her decision not to participate in a press conference to protect her mental health 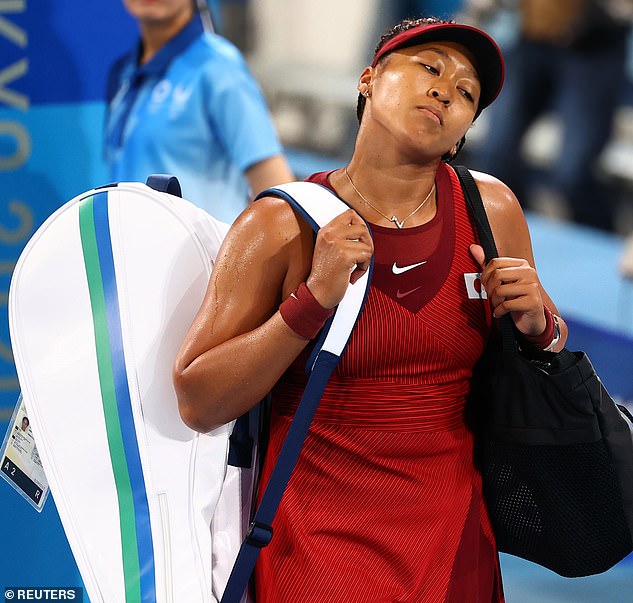 Candid: Osaka suffered a disappointing third-round loss at the Tokyo Olympics last month, and she later admitted the pressure was too much to cope with after her break from tennis

As a result of the on-court drama, Osaka found herself thrust into the center of a media frenzy, and she has remained in the spotlight ever since.

While speaking with reporters in New York on Friday ahead of the US Open, Osaka reflected on her French Open withdrawal last spring.

‘Honestly, I feel like there’s a lot of things that I did wrong in that moment, but I’m also the type of person that’s very in the moment,’ she said.  ‘Like whatever I feel, I’ll say it or do it. I don’t necessarily think that’s a bad thing.

‘I think there’s a lot of things that I learned to do better,’ she added. ‘Of course, I don’t feel the same situation will happen again.

‘I would say maybe think it through a bit more in the way that, like, I didn’t know how big of a deal it would become.’ 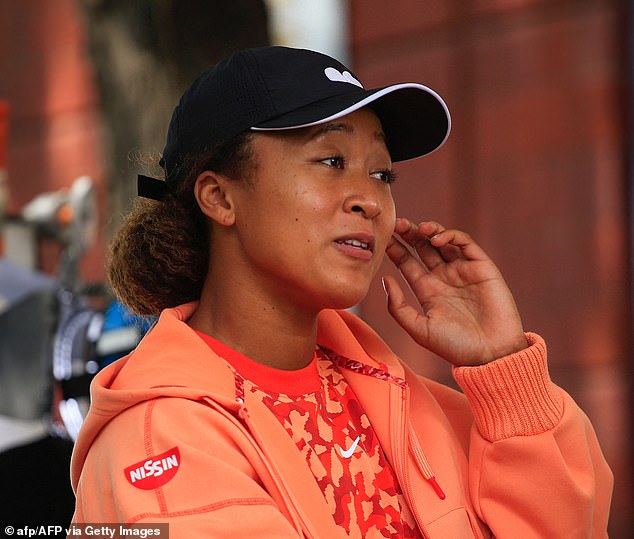 Opening up: While speaking with reporters in New York on Friday ahead of the US Open, Osaka reflected on her French Open withdrawal last spring, saying she did a lot of things ‘wrong’ 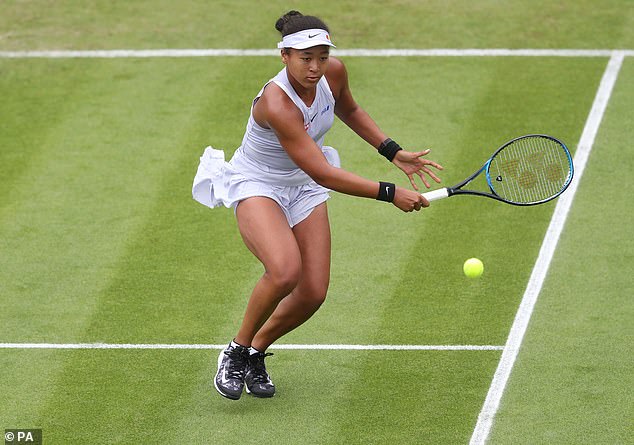 Getting ready: Osaka (pictured practicing on Friday) is defending her title at the US Open this week after defeating Victoria Azarenka in last year’s final

The Olympics marked Osaka’s first return to the court since she made the decision to drop out of both the French Open and Wimbledon because of struggles with her mental health.

Osaka, who was representing her home country of Japan, had gone to Tokyo as a favorite to win the gold medal, particularly after Williams made the decision to withdraw from the competition amid concerns over COVID-19 and athlete safety.

Her medal dreams were quickly dashed, however, when she was beaten by Marketa Vondrousova in straight sets, with the Czech player hammering home her first 6-1 set win in just 24 minutes.

Following the match, she admitted the pressure of the Olympics had been too much for her to cope with.

‘I feel like I should be used to [the pressure] by now,’ she said. ‘But at the same time, the scale of everything has been a bit hard because of the break that I took. I am glad I didn’t lose in the first round at least.’