Gennaro Gattuso RAGES at tactics of Granada in Napoli’s shock Europa League last-32 exit… with under-pressure boss insisting ‘if an Italian team played like that, they’d get SLAUGHTERED’

Under-pressure Napoli boss Gennaro Gattuso accused Granada of showing a lack of respect and fumed if his side played like their Europa League opponents they ‘would have been slaughtered’.

Gattuso was furious in the aftermath of a shock Europa League last-32 exit to the Spanish side, despite winning the second-leg 2-1 in Naples on Thursday.

Defeat increases the pressure on Gattuso’s position but rather than focus on his own perilous situation he turned the attention to Granada and what he felt were disrespectful tactics. 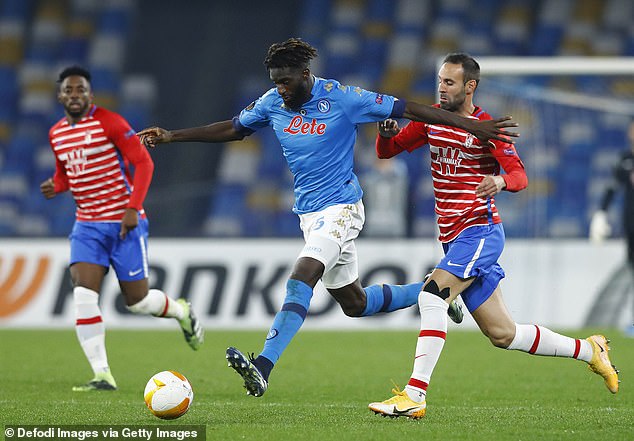 ‘We conceded an absurd goal today, it was three against one in the box,’ Gattuso told Sky Sport Italia.

‘I can’t remember any other chances for Granada. We have to be proud of what we showed.

‘Those who represent us need to make themselves respected a bit more – if an Italian team played like Granada tonight, they would get slaughtered in all the papers.

‘There needs to be respect, today they wasted too much time, three minutes at every opportunity. 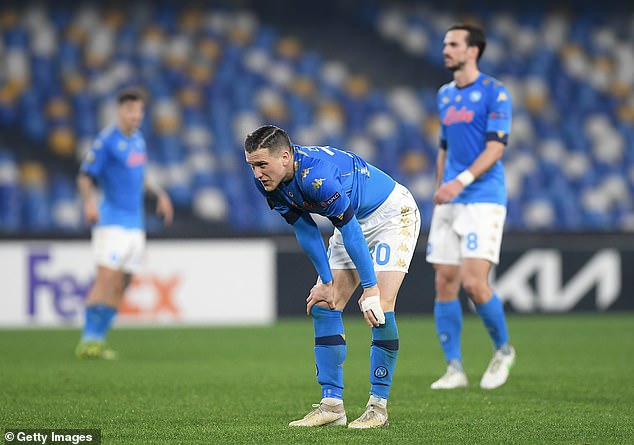 ‘I’m angry not because we lost, but because there was very little play.’

Granada arrived in Naples having raced into a 2-0 lead in the reverse leg, much to the surprise of their opponents, and so they had an advantage to defend.

Zielinski did brilliantly to pick out the bottom corner from outside the area but the away goal that they failed to manage in Spain arrived midway through the first half for the LaLiga side.

Angel Montoro rose to meet a cross and towering above his marker he nodded into the far corner of the net.

Fabian Ruiz made it 2-1 Napoli just before the hour mark but Granada defended impressively thereafter to keep their opponents from scoring the extra two goals they needed. 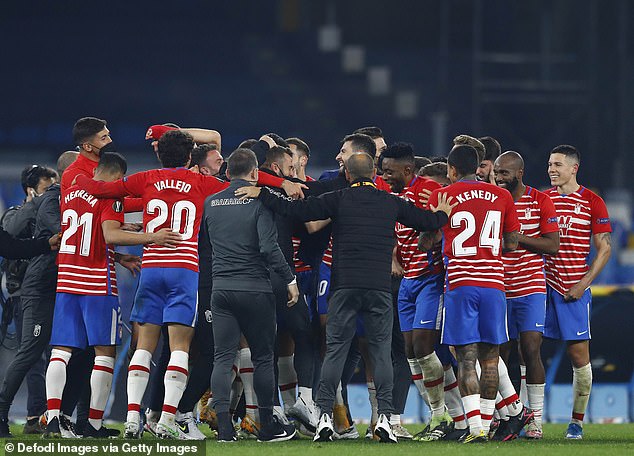 Napoli now look primed to end the season trophyless and Gattuso’s already perilous position appears to be in even greater jeopardy following this cup exit.

Rafael Benitez and Maurizio Sarri have both been linked for returns to Napoli should owner Aurelio de Laurentiis elect to dispose of the former AC Milan midfielder.

‘Right now we need to get the players and the enthusiasm back,’ Gattuso added, keen to assume responsibility for the latest disappointment.

‘The players need to be calm, it’s me that people should be bothering here.

‘I’m the one who’s most responsible. Now, we have to get to work, it’ll be important for us. The Napoli shirt is a heavy weight, but we need to be calm and give that little bit extra.’