In September, a number of high profile celebrities took part in a telethon raising funds for victims of Hurricanes Harvey and Irma.

It began with a lecture about global warming and how climate change is driving more extreme weather events, like the hurricanes.

But a MailOnline investigation revealed the extent to which the stars who appeared in it have contributed to the catastrophic weather phenomena with their jet-setting lifestyles.

Justin Bieber is calculated to have travelled at least 136,000 miles in a plane over the last year, environmentalist DiCaprio is believed to have done more than 87,000 miles while fellow actor Clooney did 61,000 miles.

A MailOnline investigation revealed the extent to which celebrities jet-setting lifestyles is contributing to catastrophic weather phenomena like Hurricanes Harvey and Irma. Justin Bieber was the biggest culprit, taking 45 flights in the space of 52 weeks

Bieber was the biggest culprit, having flown on approximately 45 flights in the previous 52 weeks.

His longest flight was from Australia to the UK at the beginning of July having been down under on his Purpose World Tour.

The 10,638-mile flight burned through a massive 1.8 tonnes of carbon dioxide alone in a year that stacked up against him in terms of his carbon footprint.

Trips to Germany, Dublin, Paris, Cape Town, Mumbai, Rio de Janeiro and to his homeland Canada meant he clocked up a staggering 136,947 air miles burning through 22.45 tonnes of CO2 since September 2016.

Staunch environmentalist Leonardo DiCaprio has been jetting across the globe around twice a month in the past year. 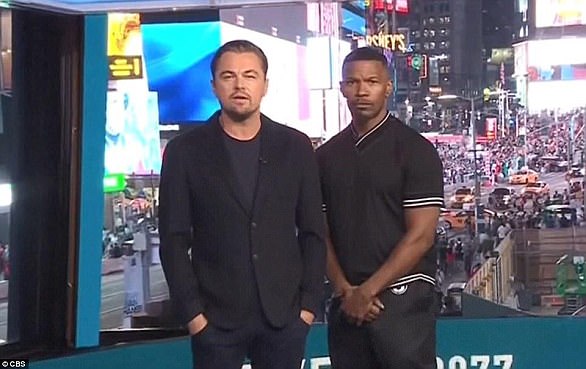 Staunch environmentalist Leonardo DiCaprio has been jetting across the globe around twice a month in the past year. The 42-year-old actor flew around 87,609 miles, burning up 14.8 tonnes of carbon dioxide

The 42-year-old actor flew around 87,609 miles on various business trips and jaunts around the world which burned up 14.8 tonnes of carbon dioxide.

His longest trip was his return journey from California to the south of France where he enjoyed the iconic Cannes film festival.

George Clooney spent around 61,448 in the air since September last year which included a long trip to Italy this summer.

He is thought to have flown 4,265 miles from Toronto to Los Angeles to attend the Hand in Hand: A Benefit for Hurricane Harvey Relief telethon at a cost of 720kg of CO2. 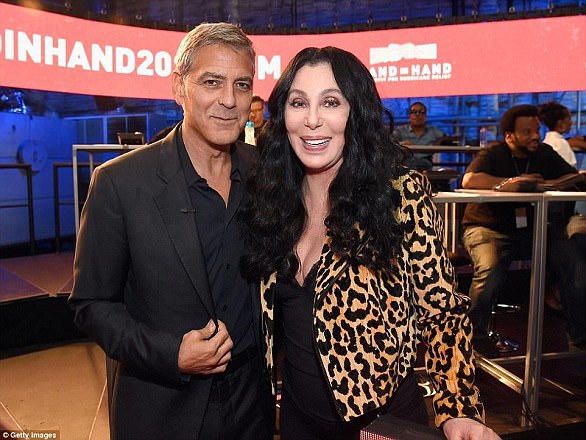 George Clooney spent around 61,448 in the air since September last year, which included a long trip to Italy this summer. At 71, Cher has been a relative homebird, only appearing to fly within the US in a total of 6,546 miles

His total air time meant his carbon emissions from flying alone was 10.31 tonnes of CO2.

Meanwhile, despite being pregnant with twins, Beyonce still managed to clock up 28,040 miles in 12 months burning through 4.55 tonnes of CO2.

And at 71, Cher has been a relative homebird compared to the rest of her celebrity compatriots, only appearing to fly within the US in a total of 6,546 miles.

The total emissions only takes into account the flights the celebrities have taken and is likely to be astronomic when driving, pollution from their concerts or films and the electric in their homes are considered.