Known as the Earth System Observatory, at least five satellites will be launched through 2029 to create a 3-D view of the Earth, looking at everything from its bedrock to its atmosphere.

The satellites will look at a whole host of areas related to human activities and weather events, including aerosols, rising sea levels and the impact that climate change is having on food and agriculture.

Measuring ice-sheet collapse, as well as earthquakes, volcanoes and landslides, are also a part of the mission.

Assessing droughts and forecasting associated planning of water use for agriculture is also a part of the mission.

‘I’ve seen firsthand the impact of hurricanes made more intense and destructive by climate change, like Maria and Irma,’ NASA Administrator Sen. Bill Nelson said in a statement. ‘The Biden-Harris Administration’s response to climate change matches the magnitude of the threat: a whole of government, all hands-on-deck approach to meet this moment.’

Nelson continued: ‘Over the past three decades, much of what we’ve learned about the Earth’s changing climate is built on NASA satellite observations and research. NASA’s new Earth System Observatory will expand that work, providing the world with an unprecedented understanding of our Earth’s climate system, arming us with next-generation data critical to mitigating climate change, and protecting our communities in the face of natural disasters.’ 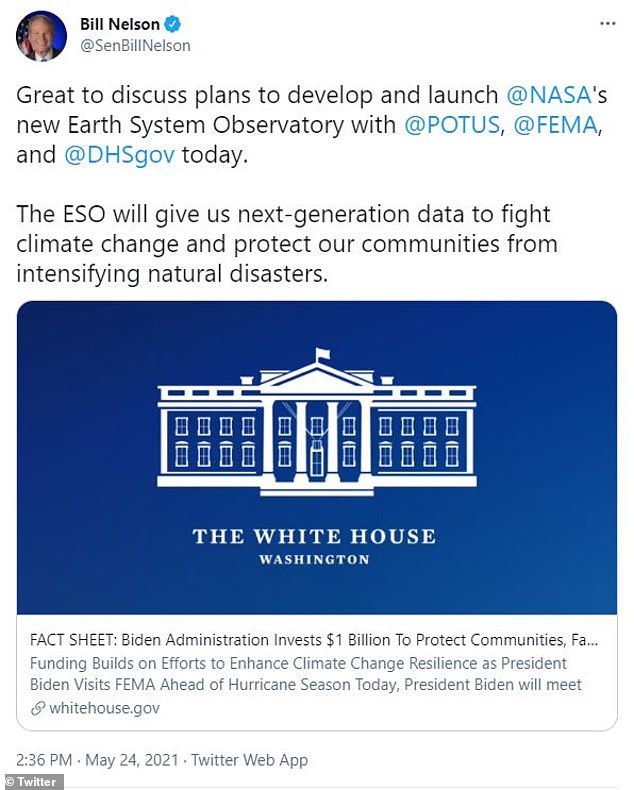 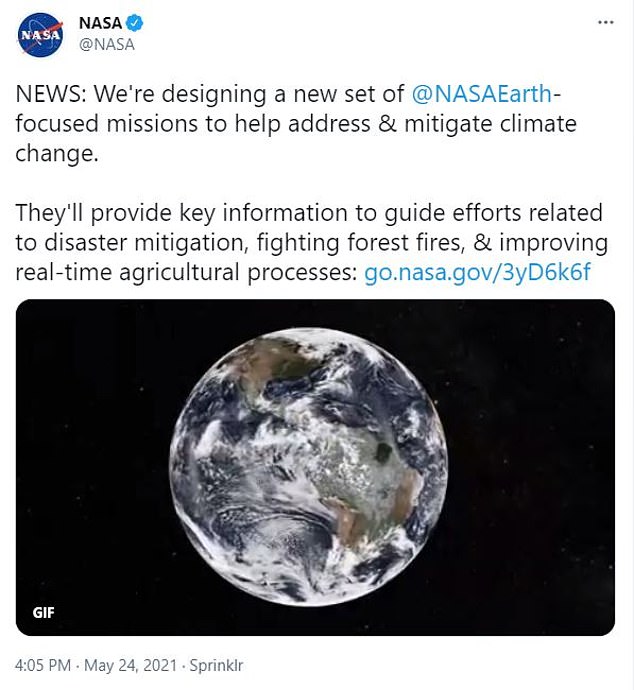 NASA said the Earth-focused missions will provide ‘key information’ for a multitude of events, such a fighting forest fires to dealing with natural disasters

The upcoming missions are part of a broader effort by the Biden administration to ‘enhance climate resilience,’ including providing additional money to FEMA, executive orders and strengthening the National Climate Task Force.

The proposed missions follows the recommendations from the 2017 Earth Science Decadal Survey.

According to SpaceNews, the survey estimated the cost of each mission between $300 million and $800 million.

Speaking with Axios, Nelson, a former astronaut on the Space Shuttle Columbia and Florida Senator, said that he shares the Biden administration’s urgency on climate change. 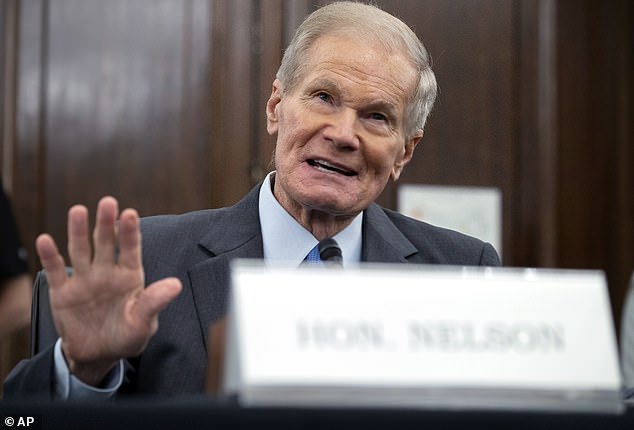 NASA Administrator Bill Nelson (pictured) said that if something is not done about the planet heating up, there will be ‘more ferocious’ and ‘larger’ storms

‘Now I’m in a position to try to help my friend, who is the President, and what he is trying to do, is to shape the reality of what is happening to our planet into the focus of people’s minds, that the Earth is in fact heating up, and we’d better get about the business of trying to do something about it,’ he told the news outlet.

‘Otherwise, you will continue to have more ferocious storms, and, and they will be larger.’

Nelson added that he became an ‘environmentalist’ after his stint as an astronaut.

Though the mission is still in the formulation phase, NASA said it is already working with the Indian Space Research Organization (ISRO).

The U.S. space agency may use the NASA-ISRO Synthetic Aperture Radar (NISAR) spacecraft as a pathfinder for the observatory.