The sun may be the most powerful source of energy in the Milky Way, but NASA researchers are using artificial intelligence to get a better view of the giant ball of gas.

The US space agency is using machine learning on solar telescopes, including its Solar Dynamics Observatory (SDO), launched in 2010, and its Atmospheric Imagery Assembly (AIA), imaging instrument that looks constantly at the sun.

This allows the agency to snap incredible pictures of the celestial giant, while limiting the effects of solar particles and ‘intense sunlight,’ which begins to degrade lenses and sensors over time. 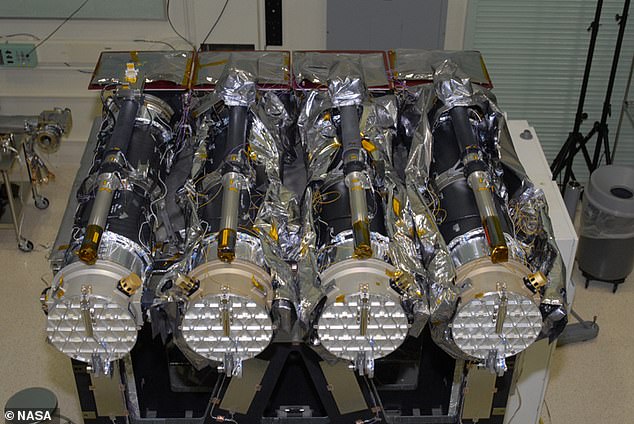 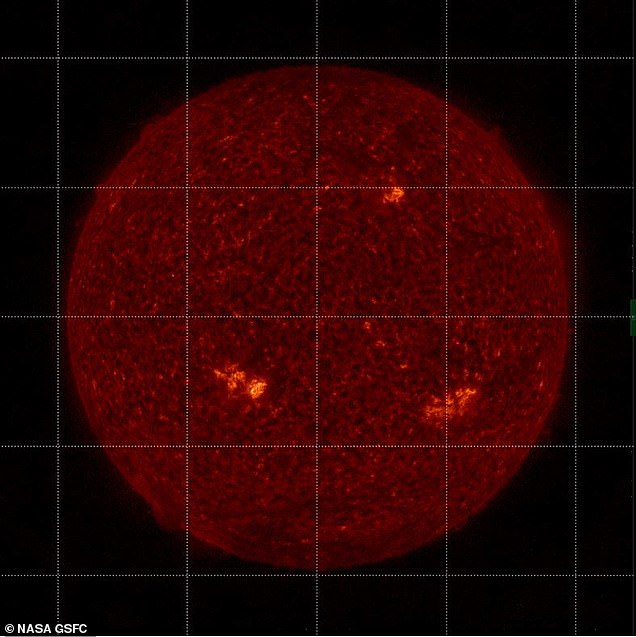 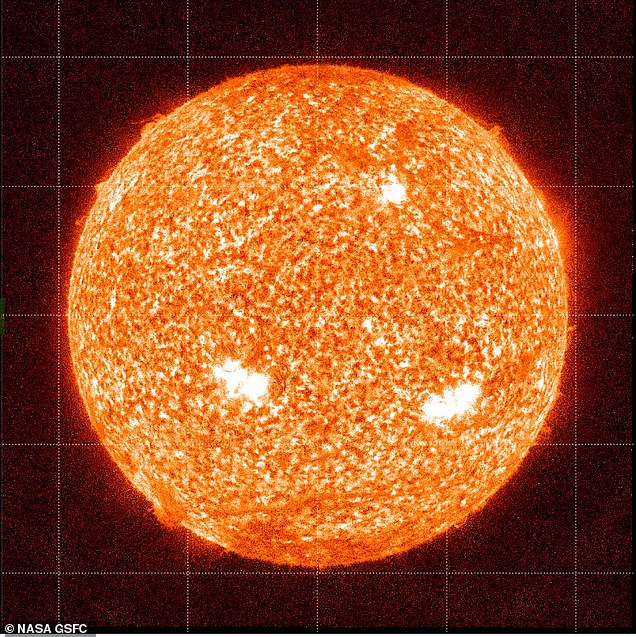 WHAT CAUSES THE SOLAR CYCLE?

The sun goes through an 11-year cycle where it goes from very active to less active.

It is tracked by sunspots and it is currently going through a quiet phase.

Researchers from Germany have published a recent study claiming it may be caused by the matching gravitational fields of Venus, Earth and Jupiter.

This happens only once every 11.07 years and is likely the cause of switching in the solar cycle.

The sloshing of the plasma may only be disturbed by one millimetre but this is enough to alter its movement on a wider scale, they claim.

Scientists used to use ‘sounding rockets’ – small rockets that only carry a few instruments and take 15 minute flights into space – to calibrate the AIA, but they can only be launched so often.

With the AIA looking at the sun on a continuous basis, scientists had to come up with a new way to calibrate the telescope.

‘We’re tackling two problems at once.’

The scientists trained the algorithm to understand solar structures and compare them with AIA data by feeding it images from the sounding rocket flights and letting it know the correct amount of calibration needed.

Once it was fed enough data, the algorithm knew how much calibration was needed for each image; in addition, it was also capable of comparing different structures across multiple wavelengths of light, such as a solar flare.

‘This was the big thing,’ Dos Santos said. ‘Instead of just identifying it on the same wavelength, we’re identifying structures across the wavelengths.’

The algorithm is also capable of comparing different structures across multiple wavelengths of light, such as a solar flare

This will allow researchers to consistently calibrate AIA’s images and improve the accuracy of the data.

The researchers said that their approach can be ‘adapted to other imaging or special instruments operating at other wavelengths,’ according to the study’s abstract.

The study was published in the journal Astronomy & Astrophysics in April 2021.

Last June, the US agency released a 10-year time-lapse of the sun to mark the 10th anniversary of the SDO in space.

The space agency has a library of the SDO’s greatest shots in the last decade, including strange plasma tornados in 2012 and dark patches called ‘coronal holes’ where extreme ultraviolet emission is low.