NASA’s sun-observing spacecraft has captured colorful images of the moment the earth blocked its view of the sun.

In a short animation posted on Tuesday, the Solar Dynamics Observatory’s (SDO) view of a purple-colored sun is interrupted as Earth completely covers its surface.

The sun isn’t actually purple, but it looks that color because the images were taken in a wavelength of extreme ultraviolet light.

This kind of ultraviolet light is a type that’s usually invisible to the human eye, so NASA noted that it’s been colorized in purple.

Stunning footage from NASA’s Solar Dynamics Observatory captures when the earth completely covers its view of the sun. The sun appears purple because the images were taken in a wavelength of extreme ultraviolet light that’s been colorized

The event marks the beginning of the SDO’s eclipse season, which is a three-week period that comes twice a year near the equinoxes.

When this happens, the earth blocks the SDO’s view of the sun for a short moment each day, NASA said.

‘The eclipses are fairly short near the beginning and end of the season but ramp up to 72 minutes in the middle,’ the agency explained.

‘The SDO’s orbit is designed to maximize the amount of data the spacecraft can send back to earth, but twice a year Earth gets in the way of the spacecraft’s view,’ they added.

The Solar Dynamics Observatory keeps a constant eye on the sun, studying its atmosphere and effects on the near-Earth environment.

The satellite has been monitoring the sun since 2010 and has captured some fascinating footage since then.

In 2015, the SDO captured its 100 millionth image of the sun, according to CNET.

NASA noted that the spring eclipse season began on February 10 with a partial eclipse and ends on March 5. 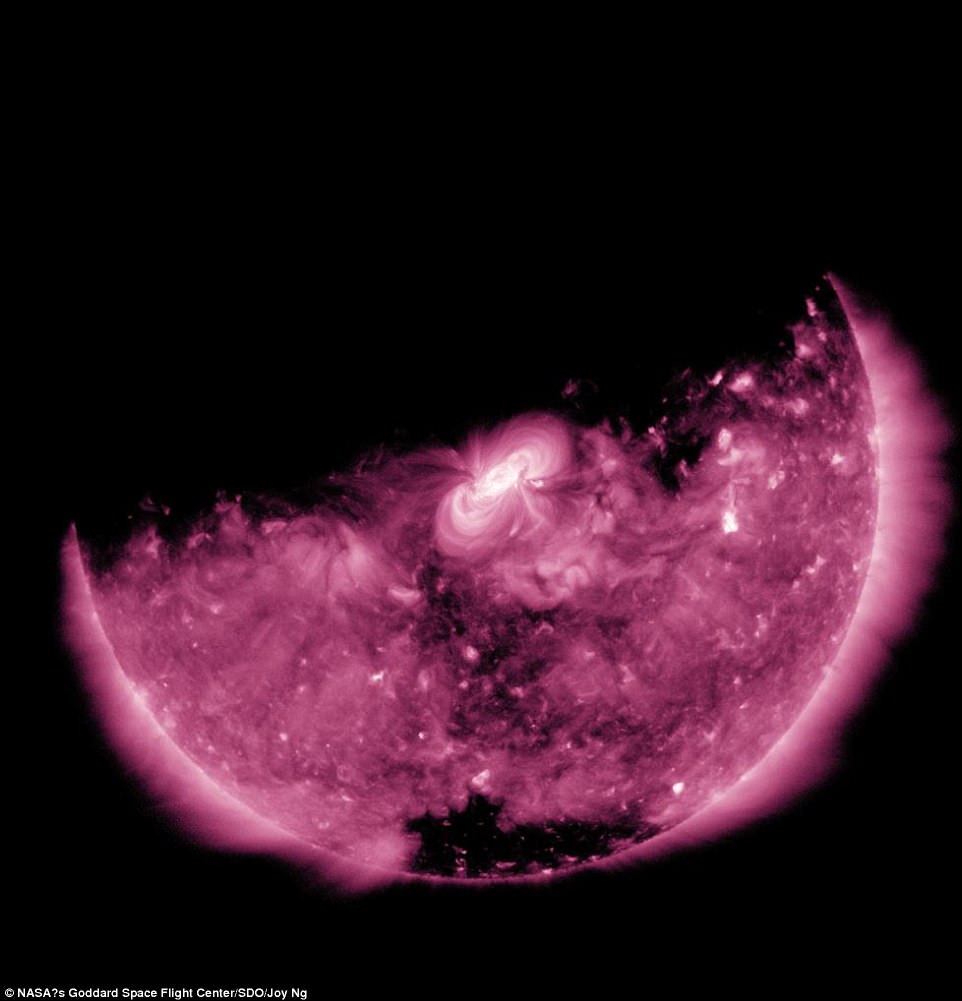 The Solar Dynamics Observatory keeps a constant eye on the sun, studying its atmosphere and effects on the near-Earth environment. The satellite’s eclipse season is a three-week period that comes twice a year near the equinoxes. When this happens, the earth blocks the SDO’s view of the sun for a short moment every day

The Solar Dynamics Observatory (SDO) is a Nasa mission that has been observing the sun since it launched on February 11, 2010.

The goal of the SDO is to understand the influence of the sun on the Earth and near-Earth space.

It does this by studying the solar atmosphere on small scales of space and time and in many wavelengths at the same time.

The last time that humans were able to see a total solar eclipse was last August, in a historic event where we could see the shadow of a solar eclipse passing over our planet’s surface.

People who live in Chile or Argentina will be able to view a total solar eclipse in 2019, but the next time we’ll be able to see one in North America won’t be until 2024.

The next total solar eclipse after that will place at August 12, 2026, and will be seen from the Arctic, Greenland, Iceland, Spain and Northeastern Portugal.

On September 2nd, 2035, a large number of people in China, northern Japan and Korea will witness a total solar eclipse.

Between 2023 and 2038, the greatest number of total solar eclipses will take place in Australia: There will be five solar eclipses visible from the continent between April 20th, 2023 and December 26th, 2038.

A partial solar eclipse will be visible in Antarctica and some parts of South America on Thursday, but it’s not as noticeable as a total solar eclipse.

Solar eclipses could start to appear different in our lifetime if new research from the University of California, San Diego proves true.

In a paper published last week, scientists believe they’ve pinpointed exactly when the next solar minimum could occur, saying the sun could become ‘unusually cool’ as soon as 2050.

The scientists were able to track when the next solar minimum will arrive by analyzing the sun’s 11-year cycle, where it experiences active and quiet periods known as the solar maximum and solar minimum. 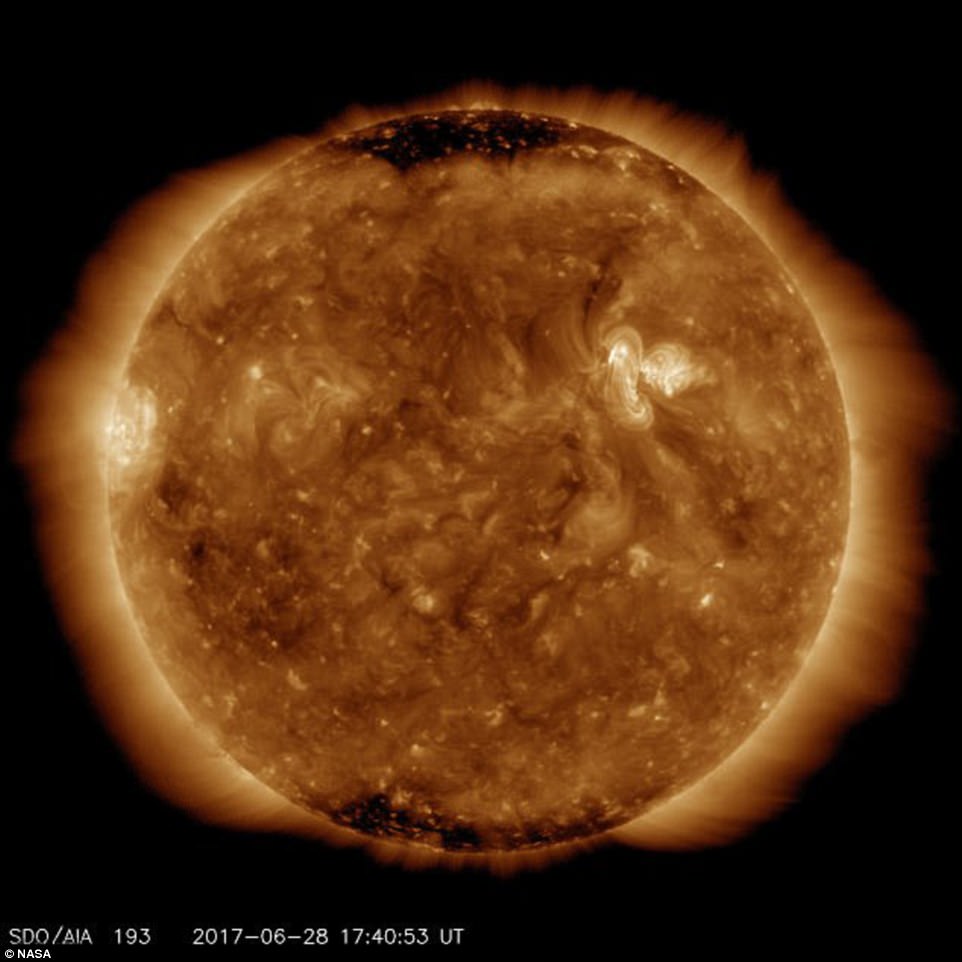 Pictured is the sun when it has surface activity such as sunspots and solar flares. During a solar minimum, the sun’s surface becomes almost clear as ultraviolet radiation diminishes

They’re calling the next cold period a ‘grand minimum,’ during which conditions could echo those experienced in Europe in the mid-17th century.

The sun may become much dimmer than is usually experienced during a solar minimum.

In a solar minimum, the sun’s magnetism diminishes, fewer sunspots form and less ultraviolet radiation makes it to the surface of the planet.

As a result, the sun’s surface is clearer and it becomes dimmer.

When a solar minimum occurs, it doesn’t mean that the sun will become dull, it just means its surface activity changes.