NASA has unveiled a new rover design that could be used to help explore the surface of Venus.

Nicknamed the ‘Venus Feelers,’ the rover was developed by an Egyptian architect and designer named Youssef Ghali.

Ghali submitted his design as part of NASA’s ‘Exploring Hell’ contest, which was an open call for experimental new rover designs capable of surviving hellish conditions on the surface of Venus.

Ghali’s design focused on a tri-wheel ‘feeler’ structure attached to the front of the rover, which help detect large rocks or deep holes to help keep the rover from becoming stuck in rocky or uneven terrain.

Ghali will be awarded $15,000 for his submission, while NASA engineers will take his design and look at ways to integrate it into a future iteration of their own designs for a Venus rover, according to a report in Engadget.

The feelers are shaped like overgrown fidget spinners and will roll across environmental obstacles that are 14 inches (35cm) or smaller.

When they sense something taller than 14 inches, they’ll automatically trigger the rover to stop and look for an alternate route.

The feelers will also be able to measure the depth of holes using the same 14-inch threshold to stop the rover and keep it from becoming stuck. 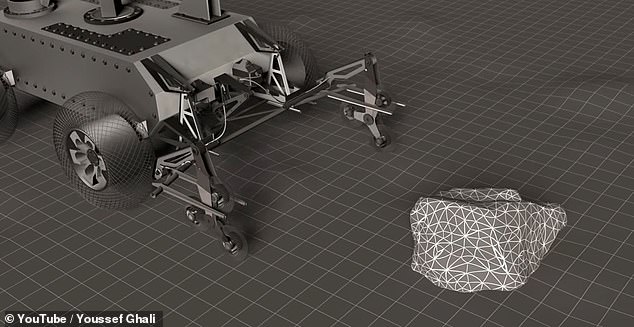 Venus Feelers was designed by Egyptian architect and designer Youssef Ghali, featuring a ‘feeler’ housing that attached to the front of the rover to detect potential obstacles 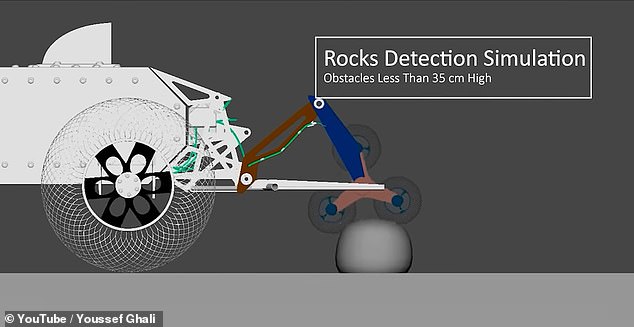 The rover’s wheel width will allow it to cross gaps narrower than 20 inches (50cm), and the feelers will also sound the alarm if they detect a gap larger than 20 inches and deeper than 14 inches.

The Venus Feelers will also come with a ceramic spring suspension system built with a weighted pendulum attachment that will help it maintain balance on slopes with uneven terrain.

The surface of Venus is one of the most challenging environments NASA will have targeted for exploration. 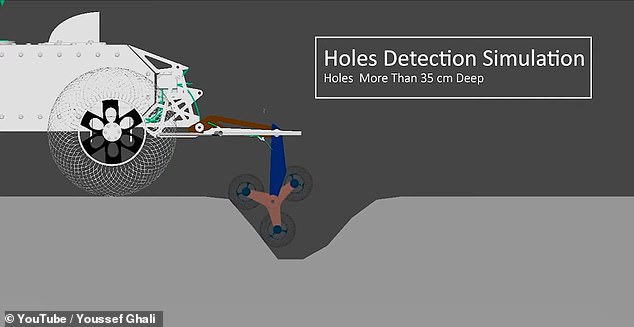 Venus Feelers can also detect holes and will stop the rover if it detects a hole deeper than 14 inches. If the hole is narrower than 20 inches (50cm), however, the rover’s wheels will be able to cross without falling in 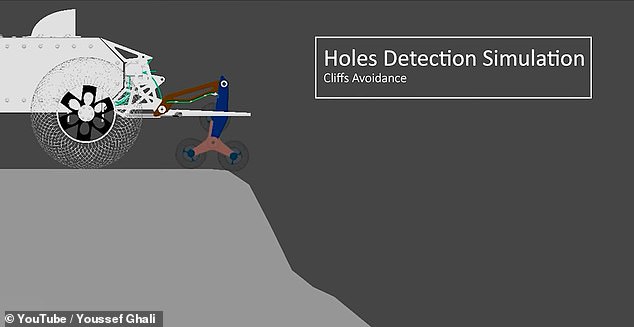 In 1982, the Soviet Academy of Sciences set the record for longest surviving rover on the planet surface, which remained active for 127 minutes before breaking down.

The next longest lasting Venus rover, part of the Soviet Vega 2 mission in 1985, lasted just 52 minutes before going radio silent.