A star is born! NASA’s Hubble telescope snaps incredible image of stellar nursery where star is forming 5,000 light-years from Earth

Now that the Hubble Space Telescope is back online and working properly, it has taken some remarkable images, including new stars coming out of a ‘stellar nursery’ in deep space.

The Wide Field Camera 3 (WFC3) on Hubble snapped a picture of a ‘stellar nursery’ in the constellation Gemini, roughly 5,000 light-years from Earth.

The nursery, known as AFGL 5180, is comprised of dust and gas and is one of the many regions in space where stars are born. 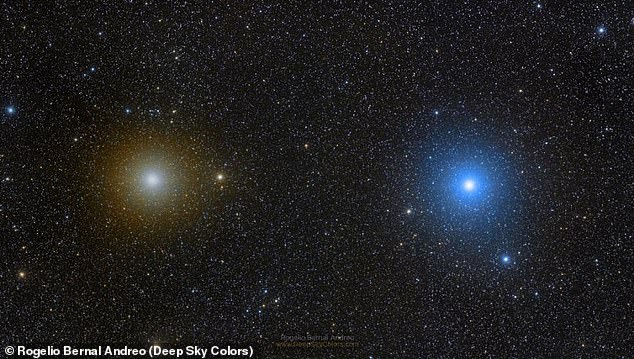 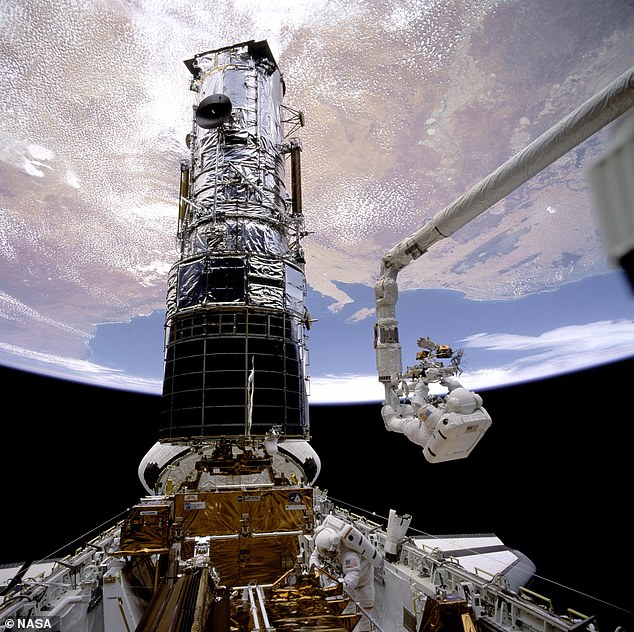 The image was taken by Hubble’s Wide Field Camera, which takes images in visible and infrared light

The picture was taken by Hubble’s WFC3, which takes images in visible and infrared light, allowing for young, hidden stars in regions like AFGL 5180 to be seen more clearly.

HOW DO STARS FORM?

Stars form from dense molecular clouds – of dust and gas – in regions of interstellar space known as stellar nurseries.

A single molecular cloud, which primarily contains hydrogen atoms, can be thousands of times the mass of the sun.

They undergo turbulent motion with the gas and dust moving over time, disturbing the atoms and molecules causing some regions to have more matter than other parts.

If enough gas and dust come together in one area then it begins to collapse under the weight of its own gravity.

As it begins to collapse it slowly gets hotter and expands outwards, taking in more of the surrounding gas and dust.

At this point, when the region is about 900 billion miles across, it becomes a pre-stellar core and the starting process of becoming a star.

Then, over the next 50,000 years this will contract 92 billion miles across to become the inner core of a star.

The excess material is ejected out towards the poles of the star and a disc of gas and dust is formed around the star, forming a proto-star.

This is matter is then either incorporated into the star or expelled out into a wider disc that will lead to the formation of planets, moons, comets and asteroids.

‘Stars are born in dusty environments and although this dust makes for spectacular images, it can prevent astronomers from seeing stars embedded in it,’ NASA wrote in a statement.

‘Hubble’s WFC3′ instrument is designed to capture detailed images in both visible and infrared light, meaning that the young stars hidden in vast star-forming regions like AFGL 5180 can be seen much more clearly.’

In the picture, a ‘massive’ star is starting to form and come through the clouds with its cavities.

The light reaches Earth by illuminating the cavities, akin to a ‘lighthouse piercing through the storm clouds,’ NASA added.

The constellation Gemini is comprised of two stars: Pollux and Castor.

Pollux is 33 light-years from Earth and is ‘an evolved red giant star twice as massive’ as the sun, NASA said on its website.

Conversely, Castor is 51 light-years away and is a blue main sequence star, 2.7 times the size of the sun.

In June, a group of cosmic cartographers created maps of stellar nurseries, revealing how diverse different galaxies are throughout the universe.

They looked at the star forming regions in our part of the Universe, charting over 100,000 nurseries in 90 nearby galaxies to provide insights into the origins of stars.

Stars are formed out of clouds of dust and gas called molecular clouds, or stellar nurseries.

Each stellar nursery in the universe can form thousands or even tens of thousands of new stars during its lifetime.

Stellar nurseries live for up to 30 million years, a tiny amount of time on astronomical scales, and they are not very efficient at turning gas into stars.