NASA has picked a new telescope that will help study the Milky Way, shedding new light on how stars are born and die and what chemical elements formed the galaxy.

The agency announced late Monday it selected the Compton Spectrometer and Imager (COSI) to examine the galaxy.

The mission, which is projected to cost around $145 million, should launch in 2025, NASA said in a statement.

NASA has picked a new telescope that will help study the Milky Way, the Compton Spectrometer and Imager (pictured) 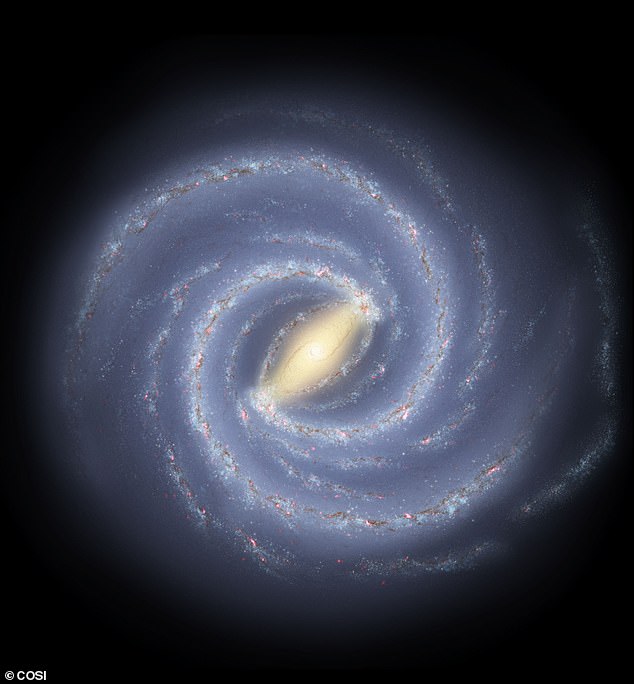 COSI will study the gamma rays from radioactive atoms that are produced when stars explode to help figure out where chemical elements were formed in the galaxy.

In addition, COSI will also shed new light into positrons, a subatomic particle that has the same mass as an electron but it has a positive charge.

‘For more than 60 years, NASA has provided opportunities for inventive, smaller-scale missions to fill knowledge gaps where we still seek answers,’ said Thomas Zurbuchen, associate administrator for the agency’s Science Mission Directorate in the statement.

‘COSI will answer questions about the origin of the chemical elements in our own Milky Way galaxy, the very ingredients critical to the formation of Earth itself.’

In addition, COSI will also shed new light into positrons, a subatomic particle that has the same mass as an electron but it has a positive charge 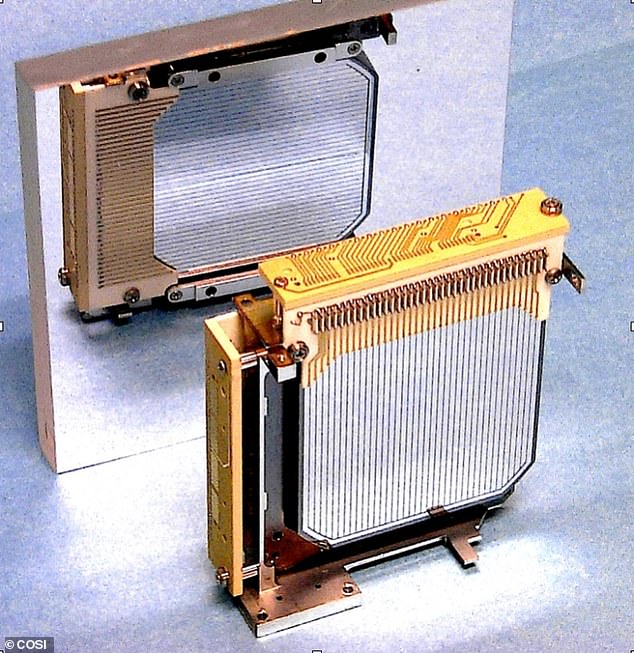 The U.S. space agency said it would select a launch provider for COSI (pictured) at a later date

The U.S. space agency said it would select a launch provider at a later date.

The researchers behind the COSI telescope have spent decades perfecting the technology.

In 2016, they sent a version of the instrument on NASA’s super pressure balloon.

The telescope was picked via NASA’s Astrophysics Explorers Program, which received 19 proposals in 2019 and selected four concepts.

The agency said COSI was selected after a panel analyzed all four concepts.

The program is managed by NASA’s Goddard Space Flight Center in Greenbelt, Maryland.

The news as the space agency prepares to launch the $10 billion successor to the Hubble Space Telescope, the James Webb Telescope.

A joint project between NASA, the European Space Agency and the Canadian Space Agency, the JWST will orbit 930,000 miles from Earth, compared to the Hubble, which sits 340 miles above Earth.

It will sit in a point in space known as Lagrange point 2 (L2) where the gravitational force of the sun and Earth are balanced.

It will focus more on the infrared wavelength, rather than visual light.

As well as giving astronomers the ability to see cosmic dawn (the birth of the very first stars 13.5 billion years ago), it will also reveal atmospheres of distant worlds.

It is scheduled to launch into orbit on an Ariana-5 rocket on December 18, 2021.