NASCAR driver goes BERSERK on a fellow racer following a wreck, admitting after he wanted to ‘Mike Tyson’ his opponent’s head after he was flipped off

During a race at a lower-level NASCAR event at Virginia’s Martinsville Speedway, two drivers got into an altercation after an accident.

Driver Andrew Grady was seen throwing wild punches through the window of opponent Davey Callihan after both drivers had pulled into the infield.

Grady managed to pull down the window netting in Callihan’s car and threw haymaker after haymaker at his head.

After continuing on, Grady was picked up and hauled away by a bystander and calm prevailed.

Following the altercation, Grady gave his recollection of events, saying Callihan flipped him off when he went over to discuss what happened.

‘He flipped me off! So I started Mike Tyson-ing his head.,’ Grady said before adding a shrug and continuing. ‘End of the day, we were really, really good. Car was running fast. But man… you get these dumba**es that come in here and run with us, and they have no business running a late-model (car) much less a lawn mower.

‘I mean… he wasn’t close, he dive-bombed me, he hooked me… and I wanted to talk to him and he flipped me off. So I started Mike Tyson-ing his head. You’re in a big-boy sport. When you wreck a man, you can take a grown-man a** whippin’ that’s how I feel about it.’ 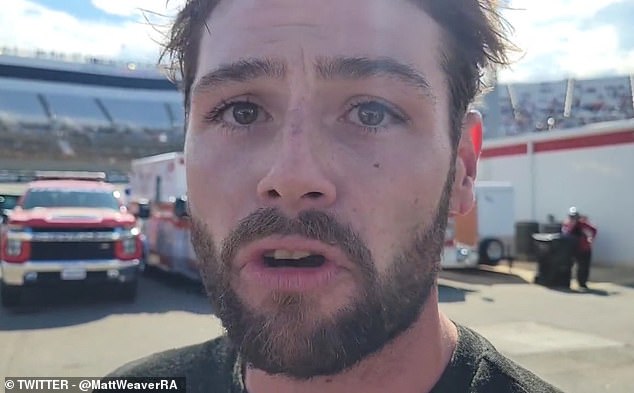 Grady says when he confronted Callihan, the latter flipped him off which led to the fighting

Andrew Grady says Davey Callihan flipped him off when he went to talk so he decided to ‘Mike Tyson his head.’

He says there are dumbasses who have no business driving a Lawn Mower much less a Late Model at Martinsville.

Says that Callihan wrecked him and Brandon Pierce. pic.twitter.com/X1m99JRYOj

In his response, Callihan says he didn’t flip him off and that he was open to having a conversation with him.

‘It was for a transfer position at Martinsville. From my perspective, I was there. It was close. But you can’t give an inch for the transfer spot when there’s 95 cars and I had to take it. It was just hard racing. I do apologize to (Grady), but we’re fighting for our life out there so I just did what I had to do.

‘I never flipped anybody off. He just comes starts punching me inside the race car, so… I understand he’s frustrated, but again it’s for the transfer spot and we were just fighting for our life.’

“It was for a transfer position at Martinsville. From my perspective, I was there. It was close.”

He says he didn’t flip off Andrew Grady and would have had a conversation about it.

“We were fighting for our lives out there.” 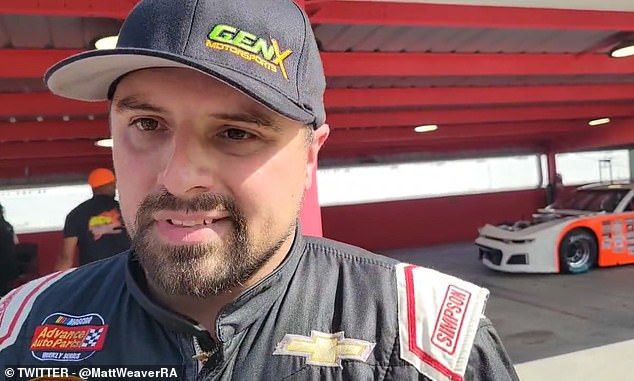