Natasha Lyonne, Jameela Jamil, and Dascha Polanco put on a head-turning display at the premiere of Poker Face.

The Orange Is The New Black alum, 43, who stars in the TV series, commanded attention in a ravishing red ensemble that displayed her toned arms and flashed a hint of cleavage as she hit the red carpet at the Hollywood Legion Theater in Los Angeles on Tuesday.

The series, set to debut on Peacock on January 26, follows a woman with a knack for discerning when someone is lying who uses her deductive skills to solve crimes.

At the premiere, Natasha shared the spotlight with fellow fashionistas and Poker Face co-stars Jameela and Dascha, who also rocked statement-making looks.

All eyes were on Natasha in her quirky yet cute red tube top which cinched into her torso and cushioned at the waist.

The look also complimented her bold red tresses, which were piled into a stylish ‘do with bangs skimming over her eyes, also enhanced with a pink glow.

Red-y or not! All eyes were on Natasha in her quirky yet cute red tube top which cinched into her torso and cushioned at the waist 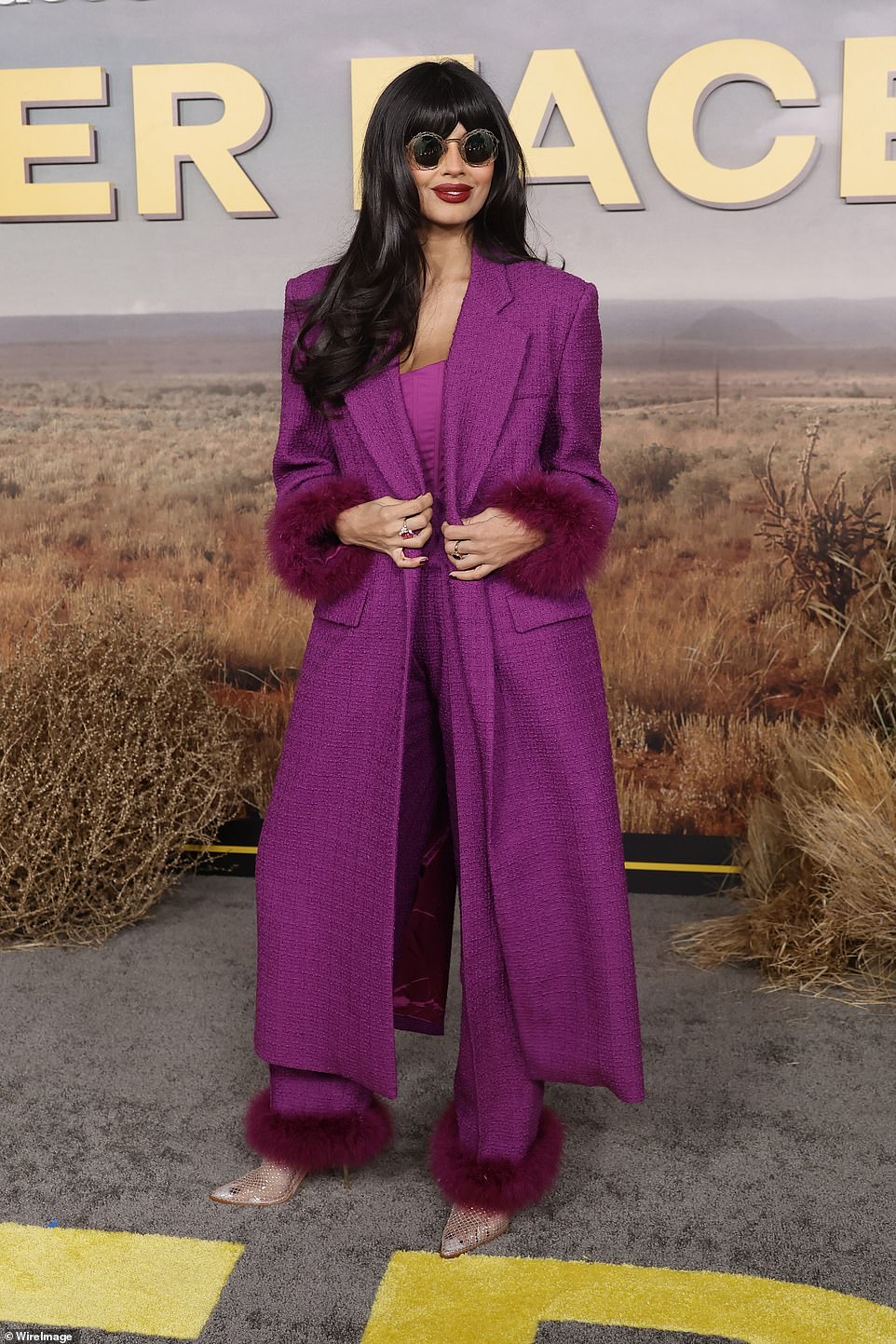 She further glammed up the look with floral accessories adorning her wrists and ears.

Jameela commanded attention in a magenta look adorned with fluffy wrists and hemline.

She worked a striking coat and dazzling heels in addition to a pair of circular sunnies. A slick of bold lipstick enhanced her pout. 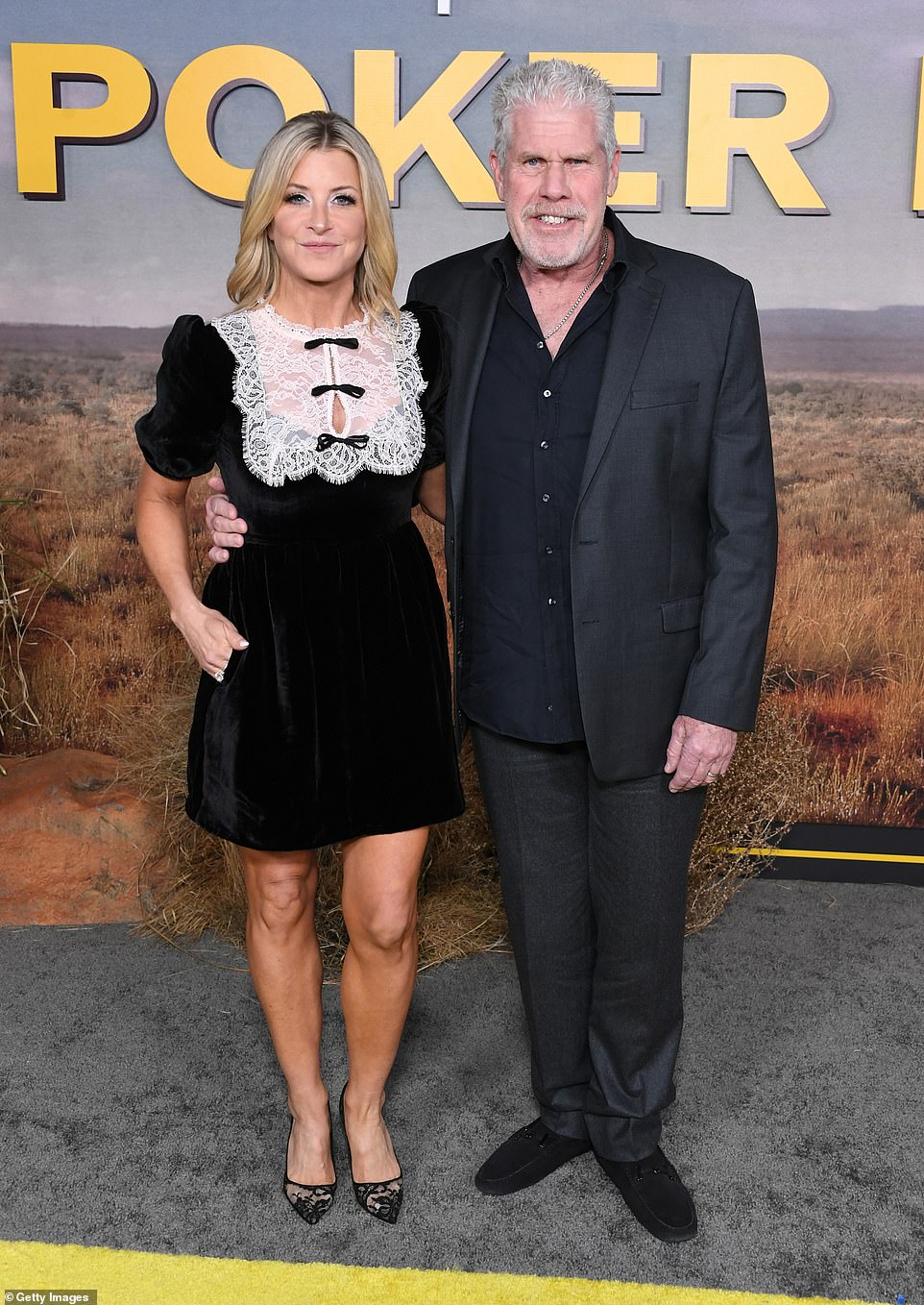 Dascha also oozed glamour in a sexy black dress which hugged her body.

She slicked her hair up into a high ponytail, adorned with a fishtail braid.

Silver platform heels added an extra touch of glam to the look. 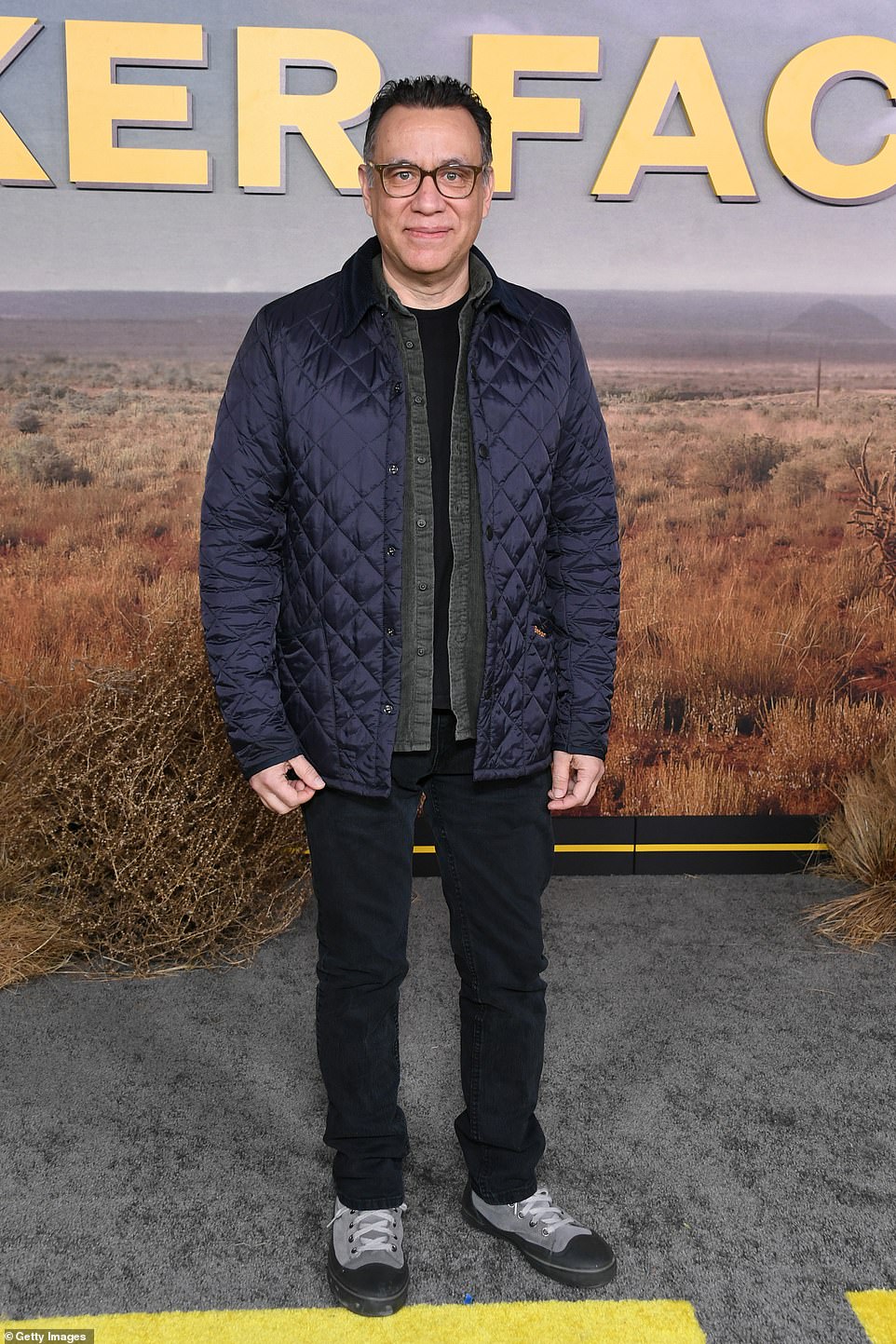 Showing his support! Natasha’s ex Fred Armisen made an appearance at the star-studded soiree

Glammed up! Angel Desai and Kerry Frances took the red carpet by storm in their dazzling looks

Ron Perlman, who also appears in the show, sported a smart suit and navy blue button down.

The actor had his wife Allison Dunbar on his arm. Allison, who married Perlman over the summer, wowed in a black mini dress with lace adorned bust.

Fred Armisen wore a satin jacket over an olive green button down, black trousers, and sneakers. 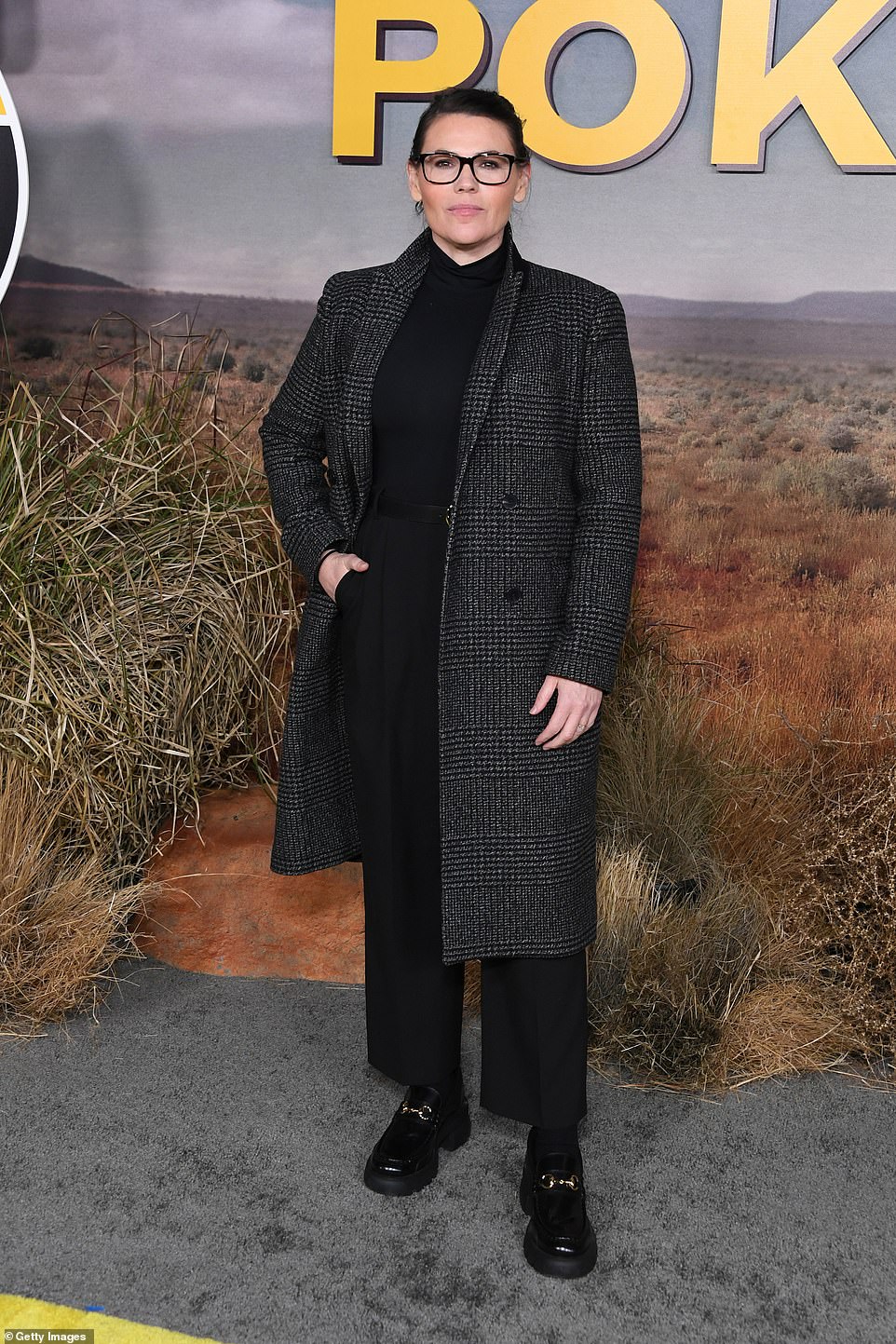 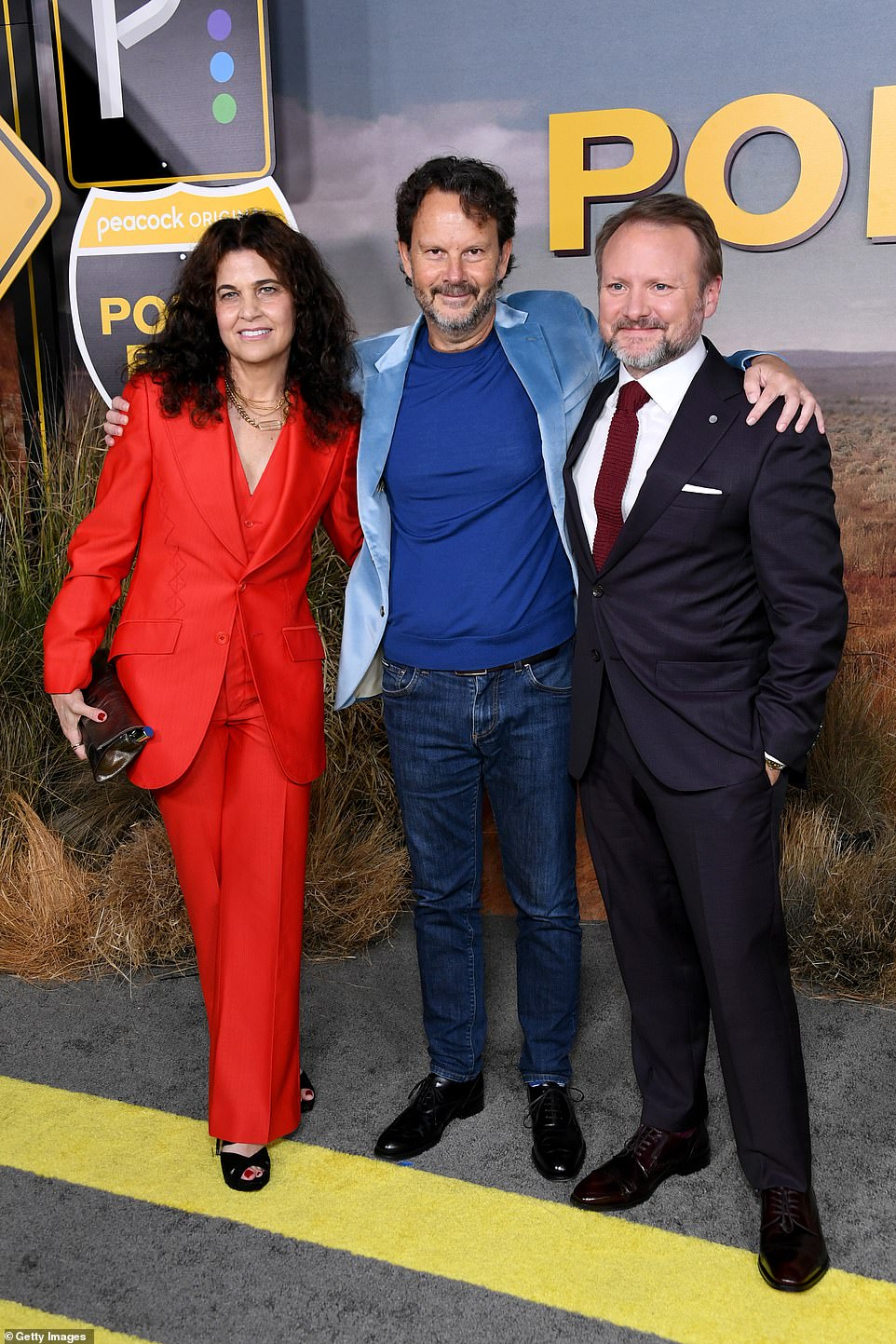 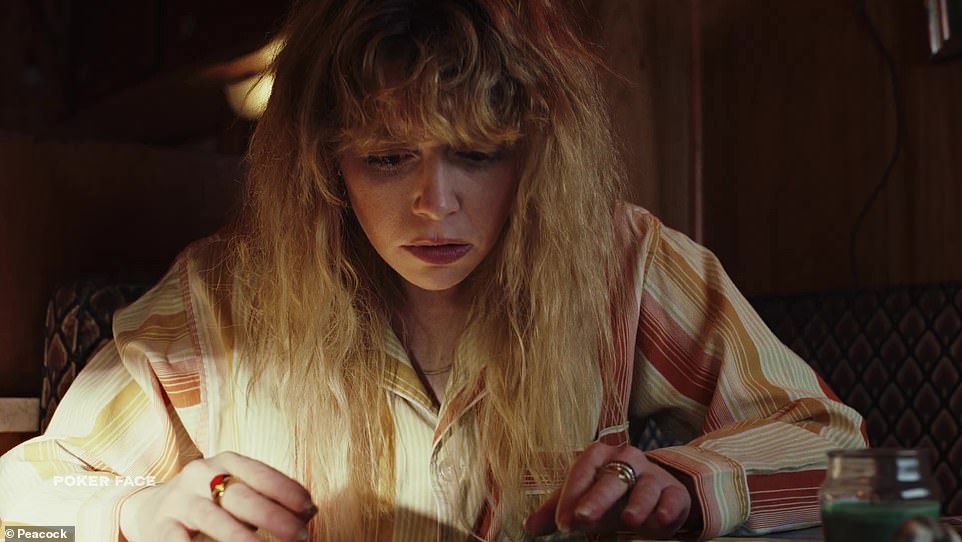 The truth will set you free: The series, set to debut on Peacock on January 26, follows a woman with a knack for discerning when someone is lying and uses her deductive skills to solve crimes 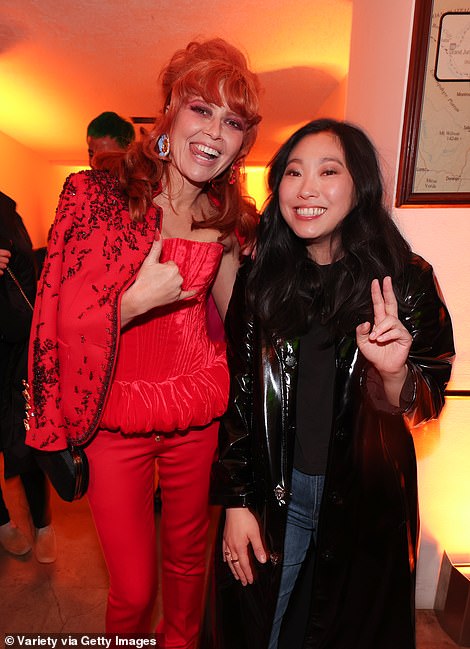 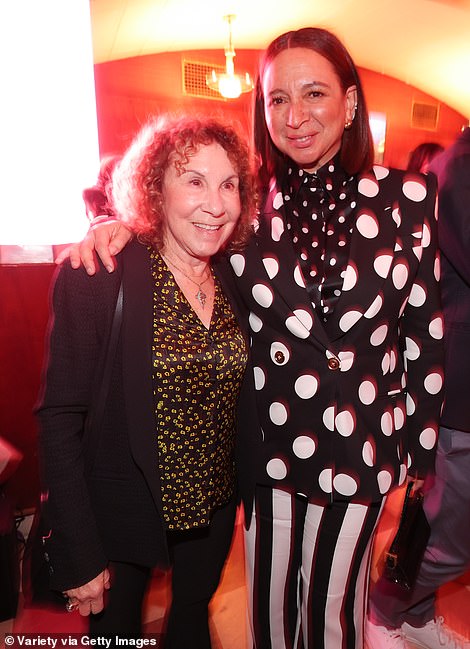 Party time: The stars enjoyed a party after the premiere to celebrate the new release as Natasha Lyonne and Awkwafina (left) beamed for a snap together 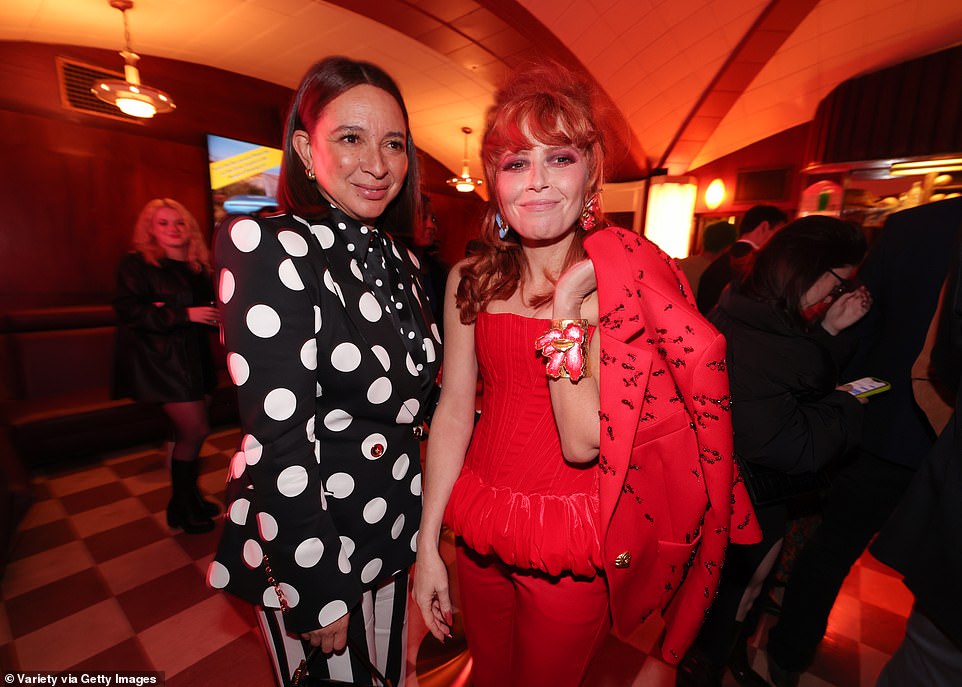 Monochrome: Maya showed off her quirky sense of style with a polka dot printed blazer and a pair of striped tailored trousers

The Los Espookys actor recently split from Natasha after eight years together.

Poker Face, which is created and partially written and directed by Knives Out mastermind Rian Johnson, features a bevy of famous faces, including Joseph Gordon-Levitt, Adrien Brody, Chloë Sevigny and Jamil, among many others.

The series will take a mystery-of-the-week approach, and Johnson is on hand to write and direct multiple episodes, while Lyonne will direct one herself and Zola director Janicza Bravo will helm the final episode of the first season. 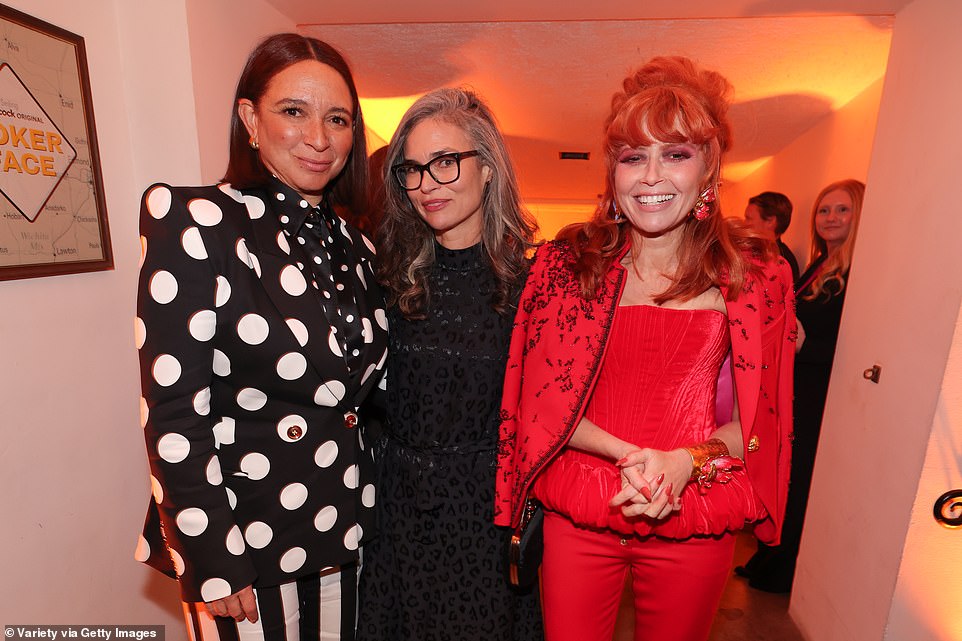 Here come the girls: While producer Danielle Renfrew Behrens also stopped to grab some snaps with the two screen stars 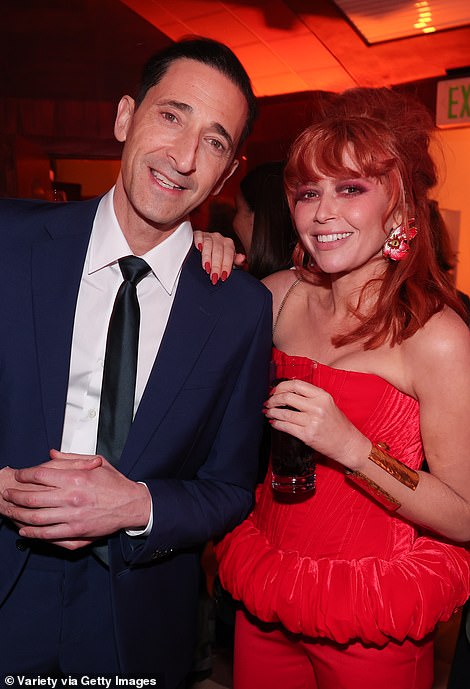 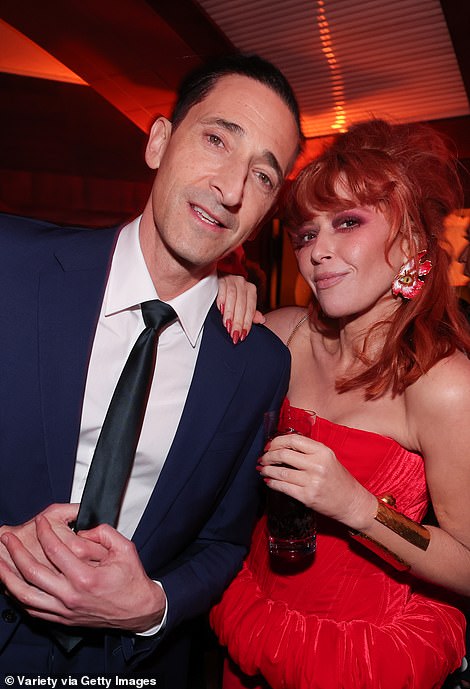 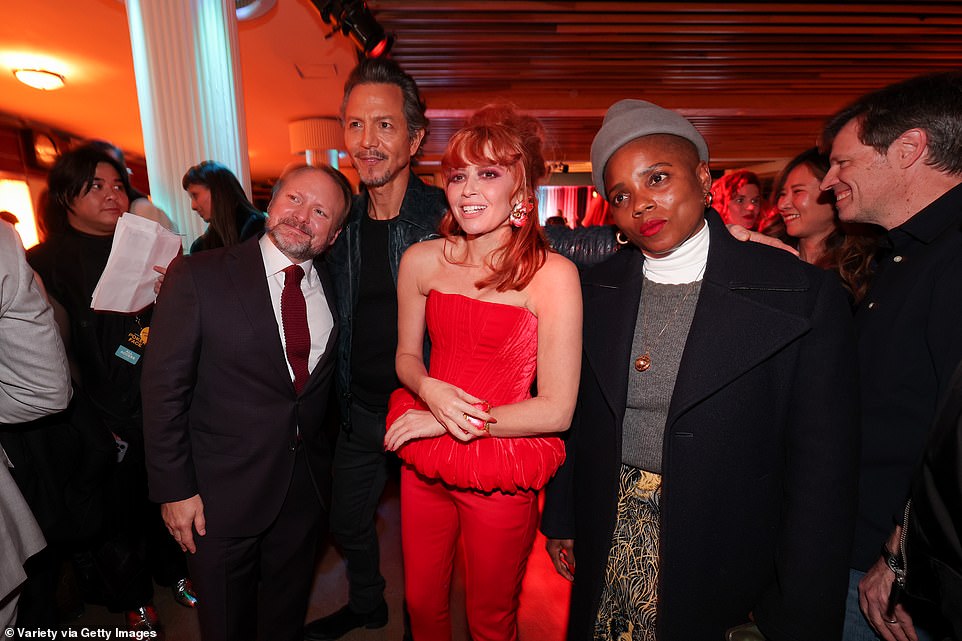 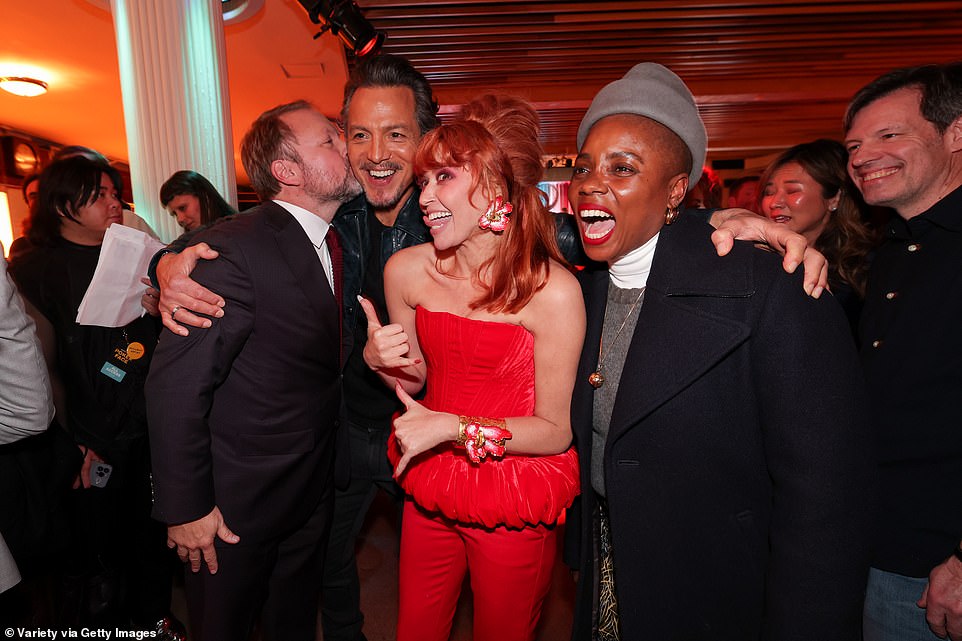 All love! The cast and crew showed their close bond as they giggled for some high-spirited snaps together 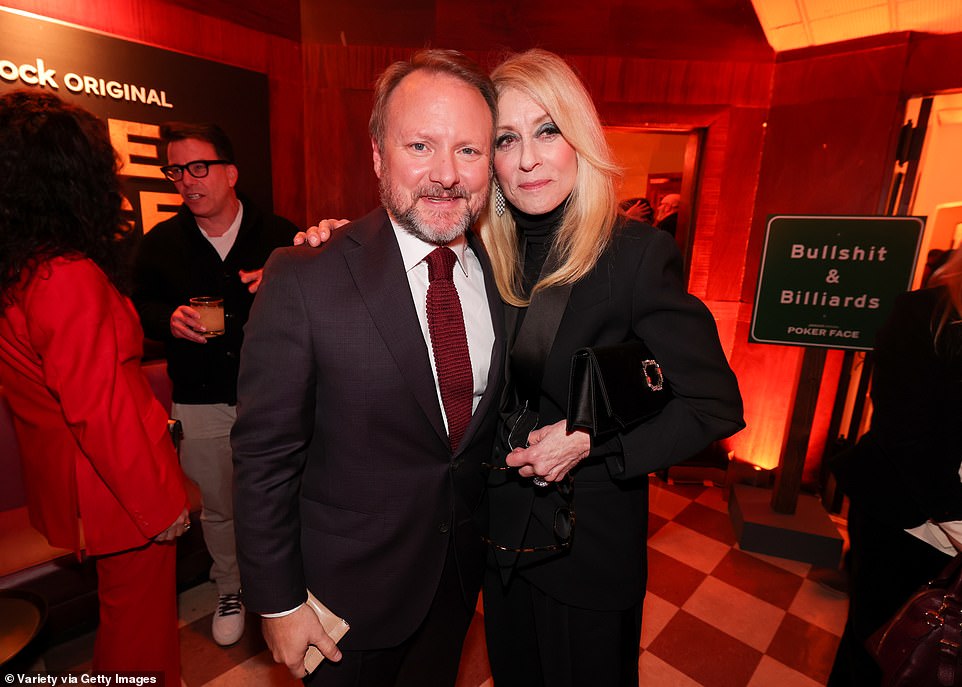 Smart: Actress Judith Light went for a chic all-black look with a shoulder-pad blazer as she wrapped an arm around Rian 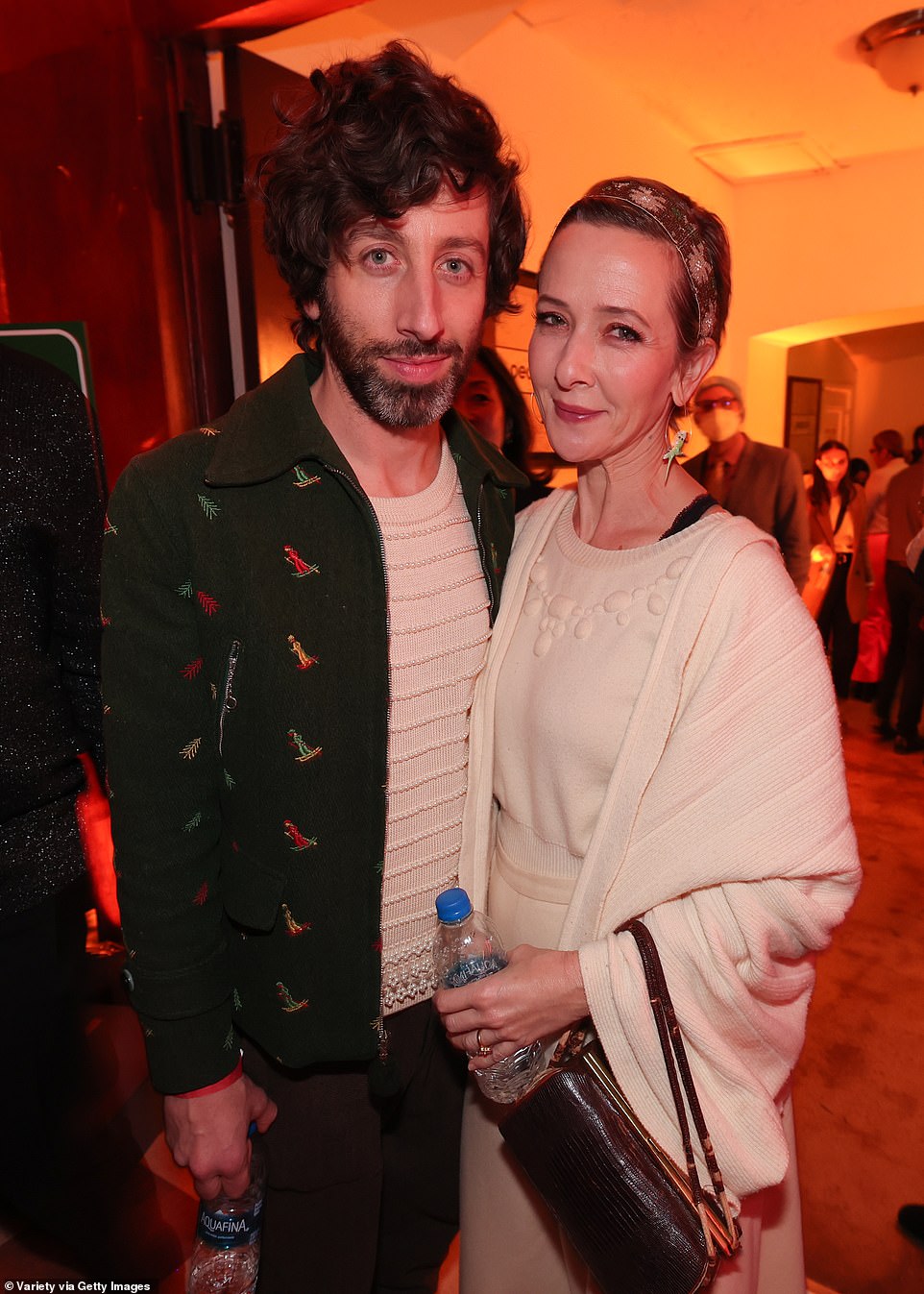 Date night! While it was a date night for married couple Simon Helberg and Jocelyn Towne as they hit the bash in matching nude garments 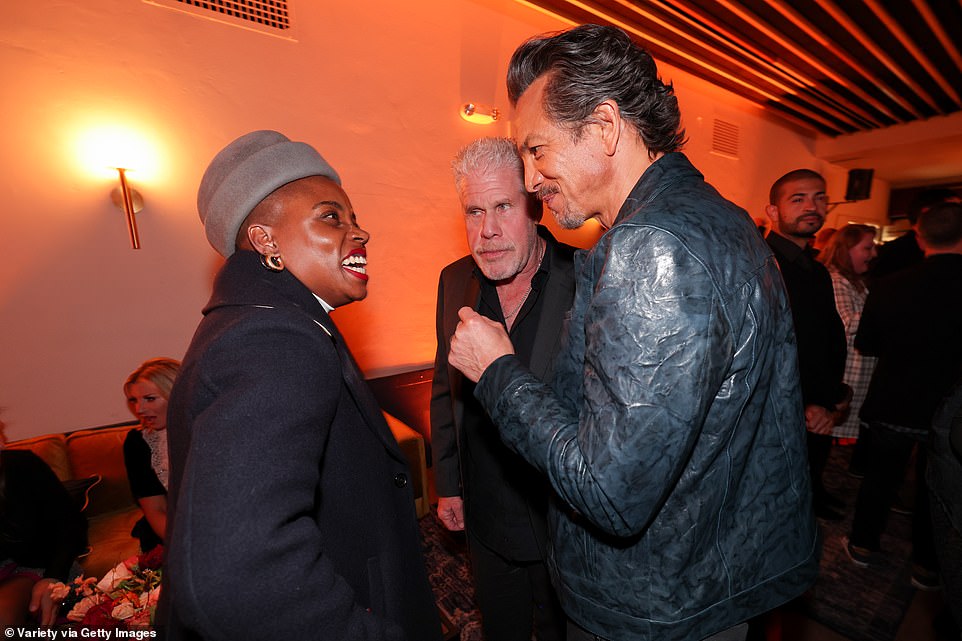 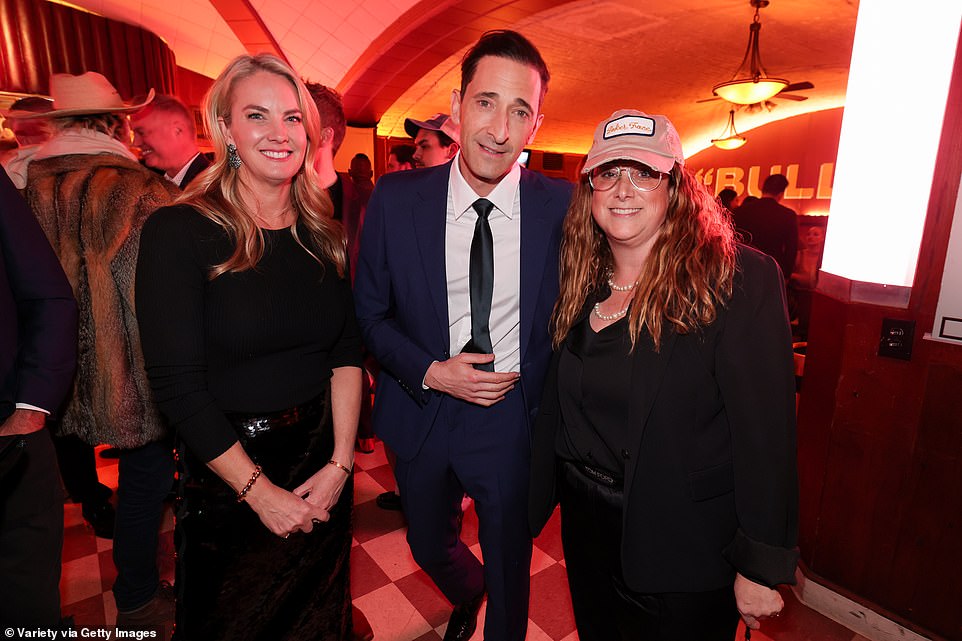