The proposed National Anti-Corruption Commission (NACC) is striking fear into the hearts of some of Australia’s most powerful people before it has even become law.

Legislation for a corruption watchdog has just been introduced to parliament, but already there are rumblings of discontent from both right and left of Labor about it.

Speaking on Sunday, Attorney-General Mark Dreyfus said it will have the power to tap the phones of politicians, even on encrypted apps such as WhatsApp and Signal, and there will be nowhere to hide.

He said a ‘decision made in (Scott Morrison’s) office’ when he was prime minister,  ‘looked pretty corrupt to me’.

‘I think everyone needs to watch out,’ Mr Dreyfus told ABC’s Insiders program about the NACC, which has been called a federal version of NSW’s Independent Commission Against Corruption.

‘We don’t want corrupt activity infecting our system of government. That’s why we are creating, at long last, an anti-corruption commission for Australia.’

Shadow Cyber Security Minister James Paterson said he supports NACC, but ‘would rather they don’t hold any sensitive information like (encrypted messages) at all’.

On the other side, the Greens also want a federal watchdog, but fear Labor will water it down to ensure it gets the Coalition’s backing for it in the Senate.

‘It would be a disaster for integrity and a disaster for the new Labor government to do a dirty deal with (Opposition leader Peter) Dutton,’ Greens Senator David Shoebridge told the New Daily.

‘They were a stark lesson in what not to do, not a partner to work with.’

Mr Paterson said if NACC gathers encrypted data from the phones of politicians and other powerful people, ‘that will put in its possession very sensitive and potentially classified information’.

‘That will make it a very attractive intelligence collection target for foreign intelligence services,’ he told Sky News.

‘This is the distinction that you have to make for a national anti-corruption commission. It’s potentially going to be dealing with national security information,’ he said.

‘That’s not something, generally speaking, that state and territory anti-corruption commissions have to worry about.

‘This commission will have to perhaps worry about that, and there are special provisions to deal with it.’

A major sticking point for the Greens and independent crossbenchers has been the high threshold for public hearings, which under the government’s bill would only be held in ‘exceptional circumstances’.

‘We have always emphasised the importance of public hearings and will consider further how the draft legislation deals with these,’ said David Harper, a former Victorian Supreme Court of Appeal judge.

But Mr Dreyfus defended the high bar for public hearings, saying the government had struck the right balance.

He said there were good reasons for private hearings which included national security matters.

‘There’s a lot in this bill that’s designed to make sure that people who are trying to escape from an investigation won’t be able to,’ he said. 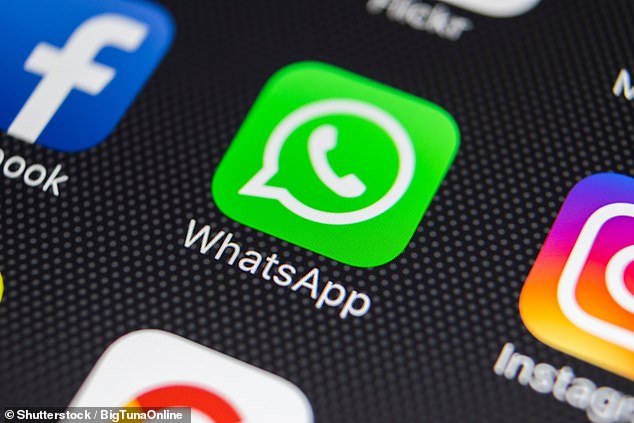 The National Anti-Corruption Commission will have the power to tap the phones of politicians, even on encrypted apps such as WhatsApp (pictured) and Signal

There are concerns from the Coalition that the NACC will be used as a political tool against Coalition MPs.

But Mr Dreyfus said that was not the case, even though he previously described the ‘sports rort’ scandal as ‘government corruption beyond question’.

An auditor-general’s report found marginal and targeted seats had been favoured to get funding through the $100million Community Sports Infrastructure Grant program in the lead-up to the 2019 election.

Then-sports minister Bridget McKenzie’s office colour-coded the nearly 2,000 grant applications according to the party that held the electorate. 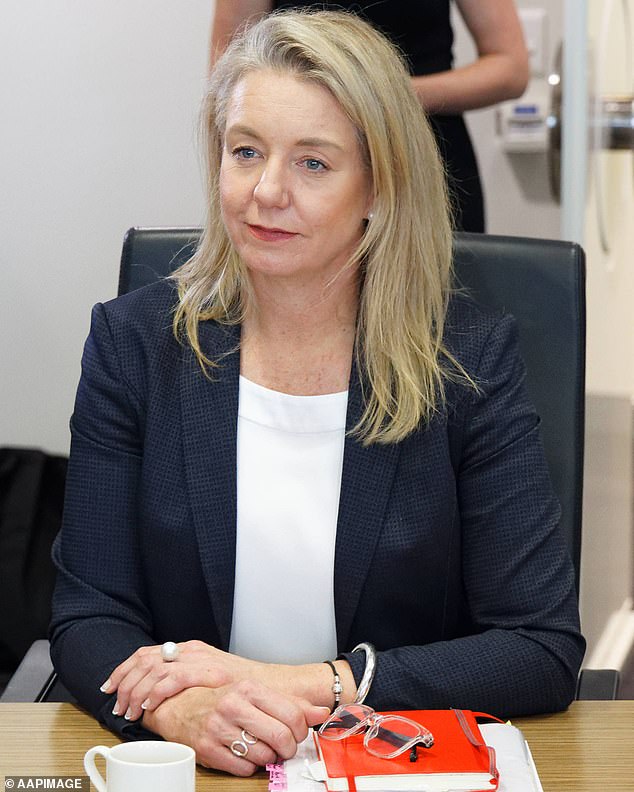 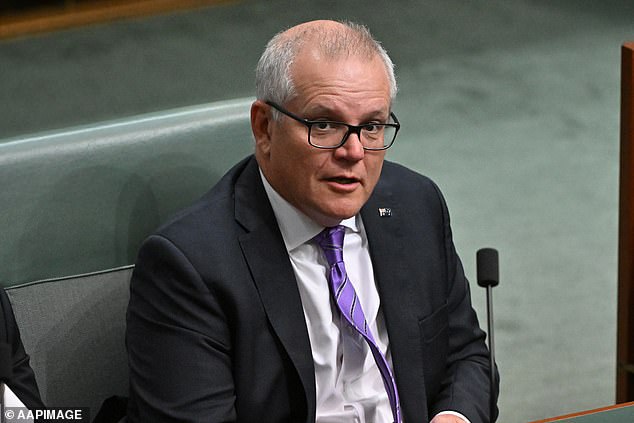 ‘I thought the idea that a decision made in (Scott Morrison’s) office, when he had no power over the matter, with 51 coloured spreadsheets revealed by the auditor-general, that looked pretty corrupt to me,’ he said.

‘But it’s not going to be my decision. It’s going to be a matter for this independent commissioner to decide if someone refers a matter to her or him to decide.

‘Union officials are not excluded,’ he said.

‘Any third party who was seeking to adversely affect public decision-making in a corrupt way is going to be the subject of investigation by this commission.’