NATO leaders are set to discuss withdrawing from Afghanistan this week as they meet for their first talks since Joe Biden took office.

The US is currently committed to withdrawing its remaining 2,500 troops by May under a peace deal signed by President Trump, with NATO unlikely to leave its 9,600 soldiers in the country if America quits.

But the May deadline is under review by Biden, whose advisers have told him to delay withdrawal until a wave of attacks by Taliban fighters on government forces stops and peace talks reach an ‘acceptable’ conclusion.

Publicly, NATO chief Jens Stoltenberg insists that NATO troops will not leave ‘before the time is right’. But privately, European diplomats admit ‘this war is not winnable’.

NATO defence chiefs are taking part in two days of talks this week, with the issue of whether to fully withdraw troops from Afghanistan at the top of the agenda (file image)

Leaders of the alliance are taking part in two days of virtual talks which begin Wednesday and will continue Thursday.

Biden has promised greater cooperation with America’s allies than they got under Trump, who infamously shunned NATO summits or stormed out early.

Defence ministers will not make any firm announcement following the talks, but will hope to glean insight into each-other’s thinking and plot a rough course forward.

New US Defence Secretary Lloyd Austin will ‘consult with allies about the process and take their feedback’ to Washington, a senior US official said.

‘All options remain under consideration,’ the official added.

Trump signed a peace deal with the Taliban in February last year which committed the US to gradually withdraw troops, provided the group cut ties with Al Qaeda and engaged in peace talks with the government.

But attacks on government forces have increased in recent months, and analysts now warn that withdrawing completely would simply hand the country back to the Taliban – making it a safe haven for terror groups.

‘We believe a U.S. withdrawal will provide terrorists an opportunity to reconstitute, and that reconstitution will take place within about 18 to 36 months,’ said Marine Gen. Joseph Dunford, a chairman of the Joint Chiefs of Staff under Trump.

NATO countries are desperate not to see Afghanistan slide back into serving as a sanctuary for groups like Al-Qaeda, more than two decades after the alliance launched operations there in the wake of the September 11 attacks. 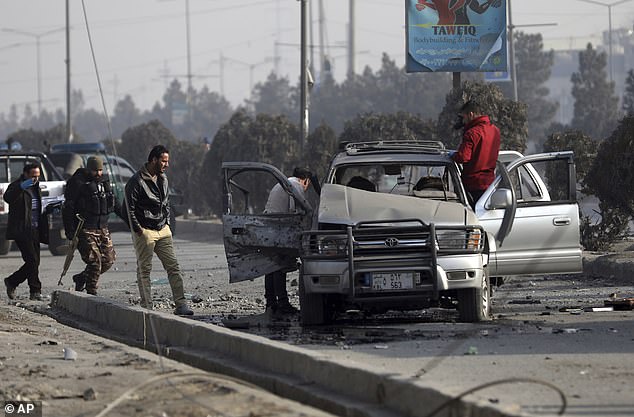 The US is currently committed to withdraw troops in May with NATO unlikely to linger in the country if America leaves, but increasing Taliban attacks have forced a re-think (file)

‘This war is not winnable, but NATO cannot allow itself to lose it pitifully,’ a European diplomat said.

But analysts also warn that any indication US troops are staying will cause Taliban fighters to switch their attacks from the government to American personnel.

The US wants to use this week’s meeting to draw a line under Trump’s tenure – during which the former leader reportedly discussed pulling out of NATO – by stressing Washington’s commitment to its partners.

Writing in the Washington Post Tuesday evening, Defence Secretary Austin said he would take that message of renewed teamwork to the NATO conference.

‘We must consult together, decide together and act together.’

Austin will look to paper over any divisions, but a raft of challenges remain, including bolstering defence budgets and squabbles with NATO member Turkey.

‘This meeting will be an opportunity for Secretary Austin to send some important messages about the United States’ commitment to NATO,’ the US official said.

Ministers will agree on extending and expanding a training mission in Iraq aimed at bolstering the capacity of the country’s military. 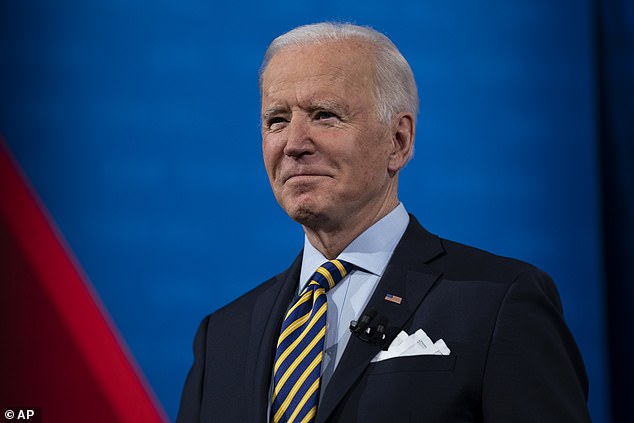 The talks are also the first since Joe Biden took office, and while he will not personally participate, he has promised greater cooperation than allies got under Trump

They will also look at proposals to reform the 70-year-old alliance — including increased funding — ahead of a summit expected to include Biden later this year.

Despite the marked change in tone from Trump, the new US administration looks set to remain firm on pressing other members to do more to share NATO’s financial and military burden.

Trump harangued leading nations like Germany for failing to pull their weight as he pressured them to boost defence spending to two percent of gross domestic product.

Tensions with Turkey are also lingering after it angered its NATO allies by purchasing S-400 air defence systems from key adversary Russia.

The US has also been scrambling this week to defuse a fresh spat with Ankara after President Recep Tayyip Erdogan blasted Washington’s response to the killing of 13 Turks by Kurdish forces in Iraq.