Natwest banking app goes down on the last payday before Christmas

Natwest’s banking app has suddenly gone down on the last payday before Christmas leaving customers furious as they desperately try to make Black Friday purchases.

The app is reported to have stopped working at around 9.30am, showing an error message saying: ‘Sorry we are struggling to establish a connection with you.’

More than 2,000 customers are affected, according to website DownDetector, with issues also reported with RBS and First Direct – on a day when Britons are set to spend just under £3billion.

Frustrated customers have slammed the providers on Twitter, saying they cannot access their funds online, with the banks also issuing warnings on their websites reporting ‘intermittent issues’ with their services.

Many have criticised the banks for stopping them making Black Friday purchases, saying today is the ‘most important payday of the year’. While others have said they cannot pay their bills as a result of the outage.

There are problems across the country, with a large number of customers affected in cities including London, Cardiff and Manchester 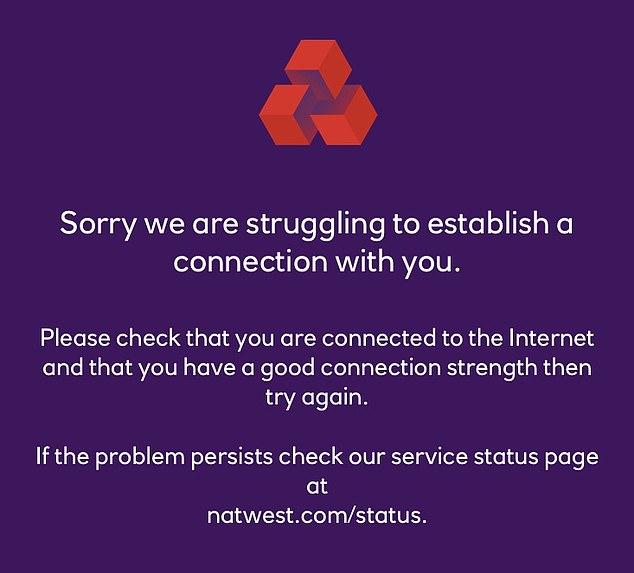 The app is reported to have stopped working at around 9.30am, showing an error message saying: ‘Sorry we are struggling to establish a connection with you’ 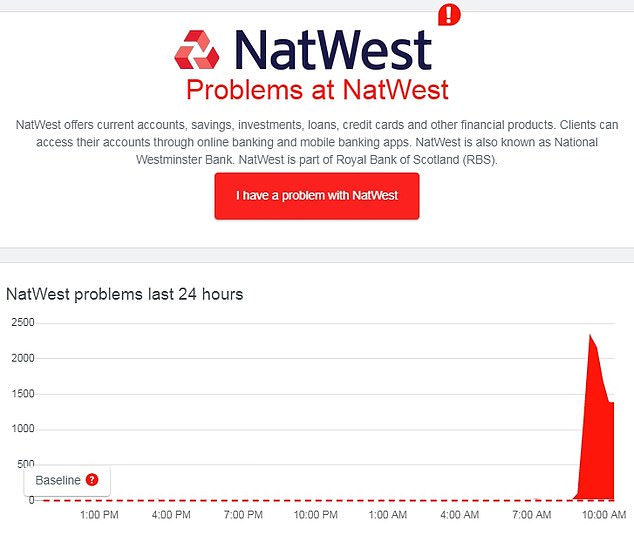 More than 2,000 customers are affected, according to website DownDetector, with issues also reported with RBS and First Direct

Frustrated customers have taken to Twitter to slam the providers, saying they cannot access their funds online (above and below) 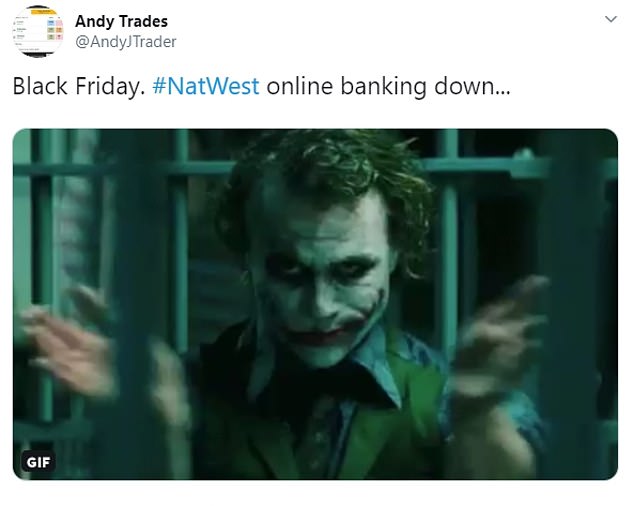 Writing on Twitter, Rachel Broadbent said: ‘Anyone else finding they can’t get connected via the Natwest banking app today? It tells me I have no internet connection, which I do.’

While another frustrated customer, Helen, said: ‘Well that’s one way of making sure I don’t spend too much on Black Friday, stop me being able to access my money. Thanks Natwest.’

And Alex Davies said: ‘The Natwest banking app and website is down, on the most important payday of the year. Good luck to their PR team.’

Natwest customer support has been informing customers of the outage online, saying they are ‘looking in to reports of issues with some of our services’ and adding: ‘We are working hard to fix this.’

In a statement on Twitter, it added: ‘We’ll post an update when we have more information. And remember to contact us if you need urgent help.’

Both Natwest and RBS apps are down. On their service status pages, the banks have issued advice to customers.

‘We are currently experiencing intermittent issues with our Online Banking service, our Mobile app and Bankline,’ the information reads.

‘If you need to complete a transaction you can continue to do this using our Telephone Banking service or alternatively you can visit one of our Branches or ATMs.

‘We apologise for any inconvenience that this may cause, we are working to resolve this issue as quickly as possible.’

A spokesman for the Royal Bank of Scotland said: ‘We are aware that some customers are experiencing intermittent issues accessing our mobile and online banking.

‘We apologise to customers for the inconvenience and are working hard to fix the problem. There is no impact on debit cards, credit cards, ATMs, telephone and branch banking services – customers can continue to access these as normal.’ 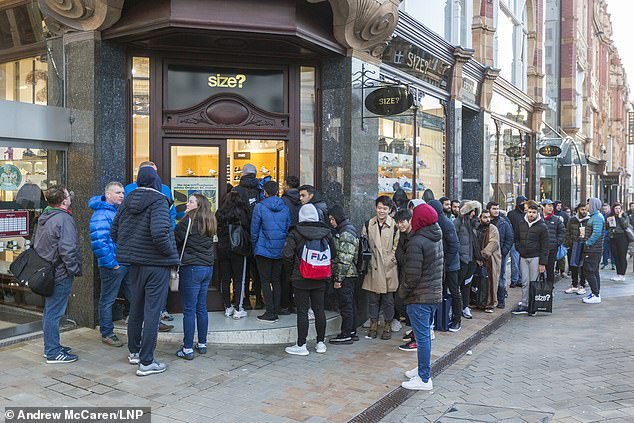 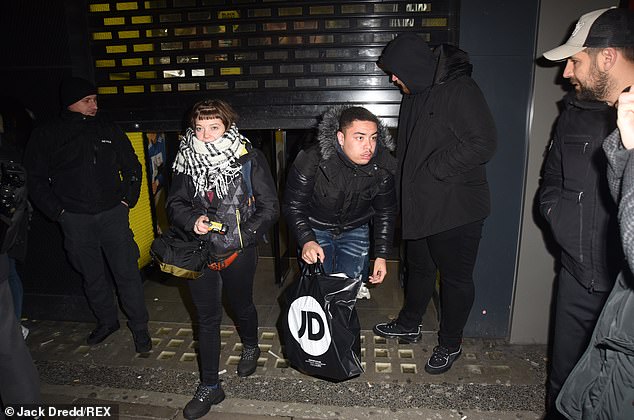 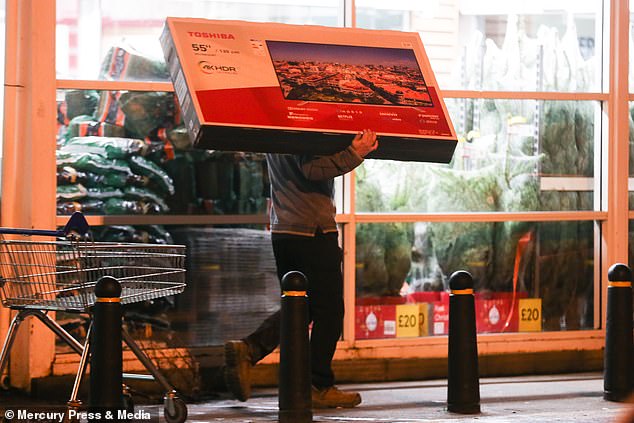 Frustrated bank customers have taken to Twitter to slam the providers saying they can’t access their funds, with reports money has disappeared into the ‘abyss’

But the updates have done little to appease frustrated customers, with some reporting their money has ‘vanished’ after trying to make transfers.

Alicia said: ‘Just moved 200 pounds from my savings and its vanished. When is this going to be fixed? So stressed.’

And Jacqui Harris said: ‘Just transferred money into my Monzo to pay for something and with it going into the abyss I’m about to have a VERY awkward moment in the hairdressers.’

While another said: ‘Moved from savings to current to pay for orders. It’s left my savings but not hit my current account. B***** annoying as now all my Amazon orders have been declined.’

The outage comes as shoppers started queuing outside stores at 3am this morning in a desperate bid to snap up discounts on what is set to be a record-breaking £2.5billion Black Friday bonanza.

Keen bargain hunters took to social media to share their bargains today, with one waiting outside a Tesco in Accrington at 3.50am and several others seen hauling wide screen TVs to their cars at Tesco superstores around the UK in the early hours.

TopCashback experts are expecting spending to reach just under £3billion today – the highest amount ever in a single day in the UK, making this the Black Friday the biggest ever.

The biggest categories people are shopping today are electricals, which is up 67% up on last year; fashion and entertainment and leisure.

Sportswear purchases are up 65% for the week and 70% today for clicks, with fragrances up 44% for the week, and a staggering 220% today, according to live data from TopCashBack.

Experts say today’s shopping bonanza could break records – but are a ‘make-or-break opportunity for many UK retailers.’