Naughty pupils to be slapped with ‘community service’ punishments

Pupils who misbehave could be slapped with ‘community service’ punishments that involve being made to wear bright green bibs and pick up litter.

The proposed change, suggested by Kenton School in Newcastle, would see the new punishments issued to students who flout detentions.

Parents have been sent draft proposed changes to the school’s behaviour policy, with one mother saying she feared it could ‘humiliate’ children.

The proposals state that the seven stages of the policy would start with warnings.

If pupils ignore the warnings, they will spend the rest of a lesson in a ‘reflection room’ before being handed a 30-minute detention that evening.

If they don’t turn up, then a whole school detention would be issued – classed as a C5, but students have the option of doing 30 minutes of community service instead.

The letter adds: ‘(That) will be cancelled should the pupil undertake 30 minutes of community service the lunchtime of the C5 sanction day, such as litter picking or assisting in clearing the canteen.

Principal Sarah Holmes-Carne said a consultation is now open to parents, students and staff and said she is ‘more than happy to listen to parents’ views’.

In 2014, the then Education Secretary Michael Gove said pupils should be made to do chores like litter picking under a list of government-approved punishments which also included mopping floors. 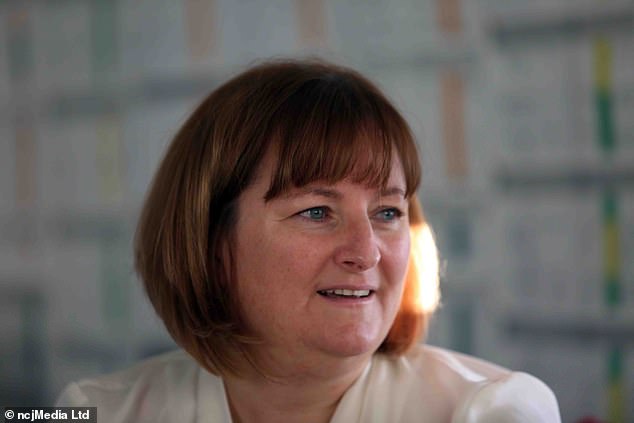 This year, Ofsted boss Amanda Spielman backed such measures, telling an education conference: ‘ I think it’s entirely appropriate to use sanctions, such as writing lines, ‘community service’ in the school grounds – such as picking up litter, and school detentions.

‘And where they are part of a school’s behaviour policy they’ll have our full support.’

However one mother, who spoke to The Evening Chronicle, said: ‘I don’t like the idea of my kid having to wear a bright green bib.

‘If they do something wrong then fine, punish them, but that just seems like humiliation to me and could cause mental health and anxiety problems.’

Parents have been asked to formally give feedback over the plans, including asking parents if they support the community service aspect.

Parents are also asked to see what their children make of it.

Ms Holmes Carne added: ‘We have opened a consultation to parents, students and staff regarding some proposals to build on how we deal with behaviour issues in school.

‘We are extremely receptive to all views and would encourage parents to contact the school accordingly if they have any suggestions or concerns.

‘We are hoping to use this feedback to inform some changes to our behaviour policy, one aspect of which is to encourage constructive sanctions that support the school community and maintain the very high standards of positive behaviour we expect from our students.

‘We are more than happy to listen to parents views and incorporate their suggestions within our consultation and would encourage them to come along to school on Thursday if they wish to discuss these in person.’