By Ed Wight and Stuart Dowell In Warsaw, Poland For Mailonline

The wartime diary of a Nazi officer which claims hundreds of trucks filled with gold, looted art and valuables are hidden across Poland has been unveiled.

The diary, written by SS officer Egon Ollenhauer, claims Adolf Hitler ordered 260 trucks laden with treasures to be hidden away in 11 locations in Poland to keep them safe from the advancing Soviet Red Army.

Ollenhauer was a key figure in the operation, acting as a link between other SS officers and local aristocrats who wanted to hide their treasures from the Red Army.

According to the diary, which for decades was held by a 1,100-year old masonic lodge in the German town of Quedlinburger, the treasures were taken to 11 locations in Poland.

One location is said to contain 28 tonnes of gold from a branch of the Reichsbank in what was then Breslau, now the Polish city of Wroclaw.

Other locations contain gold coins, medals, jewellery and valuables given to local Nazis by wealthy people for safekeeping.

The diary also says one cache contains 47 works of art thought to be stolen from collections in France, including works by Botticelli, Rubens, Cezanne, Carravagio, Monet, Dürer, Raffael and Rembrandt.

And another stash is said to contain religious objects stolen from around the world in an attempt to find evidence for Hitler’s racial theories.

Roman Furmaniak from the Schlesische Brücke (Silesian Bridge) Foundation which now owns the diary told thefirstnews.com: ‘About ten years ago, after many discussions, the Quedlinburger lodge decided to hand the diary to the foundation. 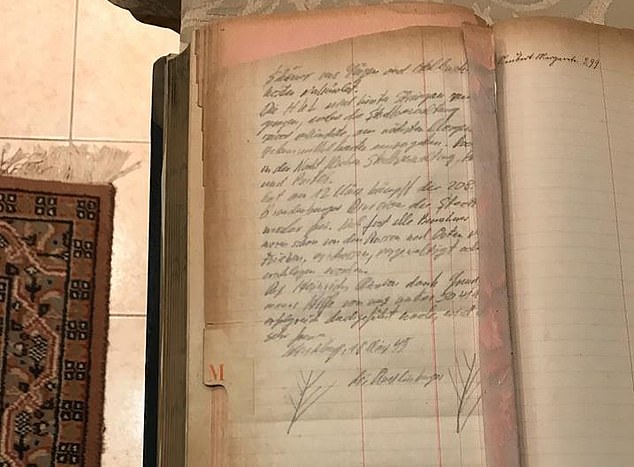 Unveiling: The diary had been kept by a Freemasons’ lodge in Germany for decades, but has now been unveiled

‘We are releasing information about the diary now as we wanted to wait until all persons who could be connected to the events and the diary had passed away, particularly officers of the Waffen SS. This was the wish of the Quedlinburger lodge.’

Furmaniak said that the diary’s authenticity has been verified by five institutions in Germany, including the Department of Art History at the University of Göttingen. 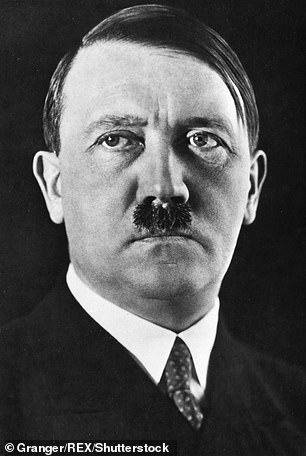 According to the diary, Hitler wanted to hide treasures from the Soviet army

‘It is the wish of the lodge that possessions found are reunited with their heirs if this is possible.

‘However, this probably won’t be possible in every case. But it is our intention that the property is returned to its rightful owners.’

The foundation is now monitoring the places listed in the diary to make sure they remain secure.

According to the Foundation’s founder, businessman Darius Franz Dziewiatek from the Polish city of Opole, one of the locations is a deep well in a palace park and another is at the bottom of a pond in another palace park.

Other locations are a concrete sarcophagus under the bottom of a stream, an underground orangery in another palace park and a secret room between the walls in yet another palace.

Historian Joanna Lamparska said: ‘The diary is very interesting because it contains a lot of details about what was happening at the end of the war in Silesia, it also contains information about where they planned to hide things.

‘But in my opinion, no treasure will be found using the diary. If these people really knew where the treasure was, they would not be acting in this way.’

She added: ‘The diary may be genuine, but a lot more work needs to be done.’